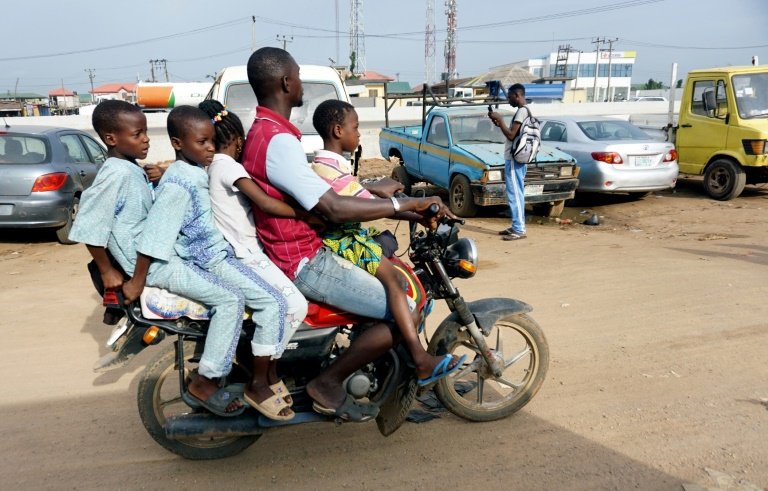 Room for one more? A traditional motorcycle taxi on Lagos roads -- overladen and not a crash helmet in sight / © AFP

Banker Yemi Adegbola used to leave his home in Lagos before 4 am each day, but would still arrive late to work because of the notorious traffic in Nigeria's biggest city.

Now he says he has "dumped his car" for one of a raft of new motorbike ride hailing apps that developers hope can speed up journeys for the roughly 20 million residents of the economic capital.

For years the jams -- known locally as "go-slows" -- have been a nightmare for Lagosians.

Potholed roads, reckless driving and too many cars have helped turn the daily commute into an ordeal that often lasts for hours.

People miss appointments and business suffers as one of Africa's largest markets grinds to a standstill. 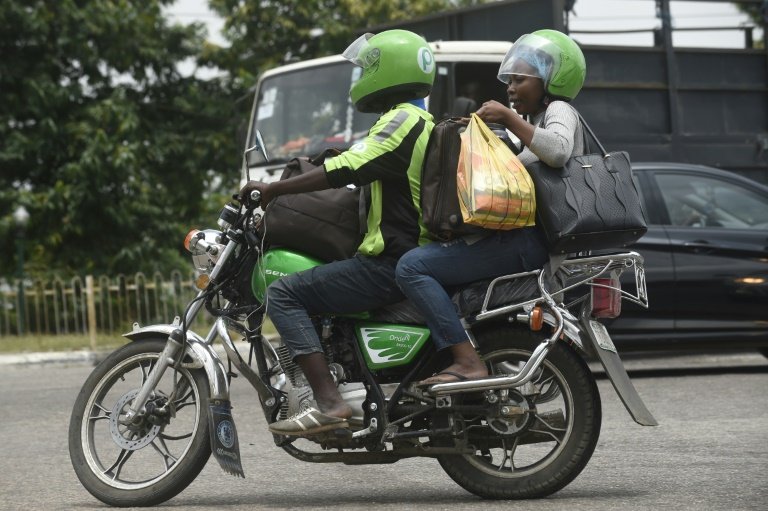 An ORide driver, decked out in bib and helmet, takes a passenger through the Lagos gridlock / © AFP

Sensing an opportunity, a growing number of ride hailing services have stepped into the chaos -- bringing order to the "okada" motorbike taxis that have long whizzed perilously around Lagos.

First to launch was Gokada in 2018, pioneering an Uber-style system for two-wheeled transport that had already been successfully rolled out by firms elsewhere.

It has since been followed by other operators like Maxokada and ORide -- and the competitors are looking to overtake each other with better technology, lower prices and more services.

Before these startups, Lagosians in a hurry had to put their faith in the army of unregulated "okada" riders weaving hazardously through the traffic.

Often untrained and unfamiliar with the city, they were seen as dangerous and blamed by the police for a rise in petty crime.

The authorities clamped down and in 2012 banned the 100cc bikes from 475 roads and highways around the city.

This year some 3,000 motorcycles were impounded and destroyed for violating the restrictions, police said.

Their drivers are decked out in bibs and helmets in company colours, carry safety kits with them and have more powerful bikes that can make longer trips.

Passengers are charged an Uber-style tariff, and no longer have to resort to haggling each time they hail a ride.

A traditional "okada" ride can cost between 50 naira (14 US cents, 12 euro centimes) and several hundred naira -- depending on the distance, area and the mood of the driver.

New entrant ORide kick-started its services in May and is looking to tap into the abundant opportunities with 3,000 trained drivers.

The firm -- part of the OPay online payment service -- is looking to expand operations as part of a $50 million push and already works in six other cities in Nigeria. 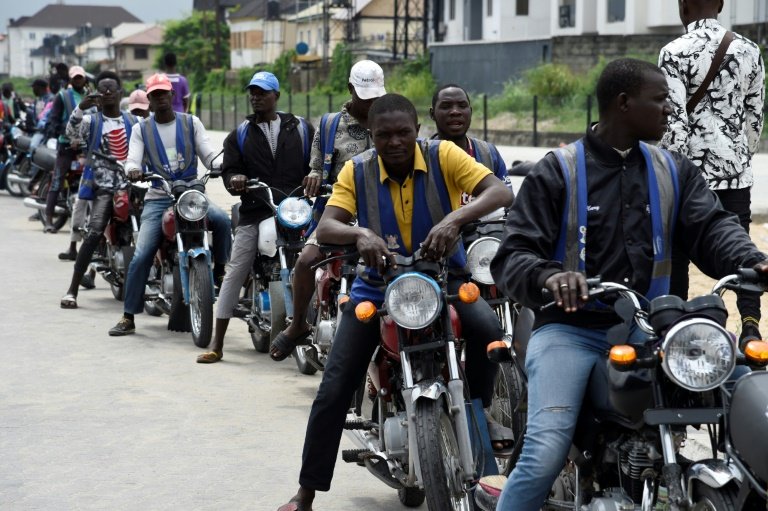 Regular motorcycle taxis queue for custom in Lagos -- helmets and safety kits are absent, and passengers have to haggle over fares / © AFP

"It's an open market in which everybody has something to offer. There's so much to cover in Nigeria," Iniabasi Akpan, OPay country manager, told AFP.

Unlike other players which allow users to hail a ride both online or on the streets, passengers can only pay via the OPay app, developed by Norway's Opera Software.

The firm has comprehensive insurance that covers both riders and passengers and secures it drivers with asset financing contracts that sees them pay back the cost of their new bikes in 18 months.

Overall the two-wheeler taxi market is forecast to reach $9 billion worldwide by 2021, according to India-based Tech Sci.

But it has not been all smooth riding since the apps launched.

Accidents remain unavoidable in the confusion of Nigeria's roads, online tools have faltered, drivers have looked to inflate fares and corrupt officials still prey on road-users.

Gokada in May announced over $5 million in new funding and said it hoped to branch out into other forms of transport and eventually push outside Nigeria.

But last month the firm shut down for two weeks after its chief executive Fahim Saleh encountered some of the navigational problems when a short journey ended up taking much longer.

The driver he ordered took 15 minutes to pick him up, admitted he wasn't using GPS and then set off on a circuitous route to the destination.

"How could I be the CEO of Gokada, the company that pioneered motorcycle ride-hailing in Nigeria and be experiencing this?” Saleh wrote in an online post.

"I told the pilot to pull over to the side of the road, I would hop over the median and wait for an Uber. 'This is what it has come to,' I thought."

The disappointment chimed with the gripes of some Nigerian users who have complained of navigation problems while using the various apps and accuse drivers of deliberately taking longer routes to increase fares.

Firms have sought ways around the issues. 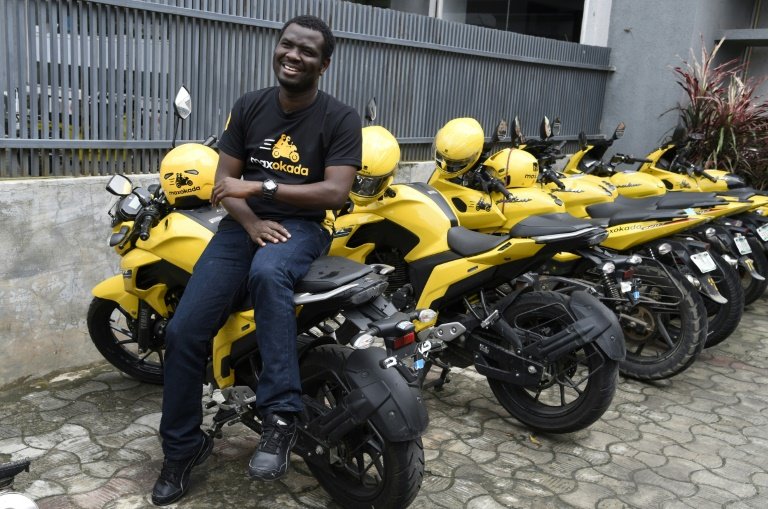 Gokada relaunched its 2.0 service with a fresh fleet of bikes after giving drivers more training and incorporating features like helmets with inbuilt mobile headsets.

ORide has a monitoring unit set up to track its drivers.

Despite the bumps in the road, riders told AFP the apps were helping them bolster their business and offering a key lifeline.

"This scheme has taken many out of poverty by creating jobs," ORide driver Johnson Onipede told AFP, sitting on his light green bike as he waited for his next ride.

He said riders needed help getting small gangs of thugs, known as Agberos or Area Boys, to stop their extortion and harassment.

"Both the government and company should help us to stop the Agberos and Area Boys because they are making life unbearable for us."