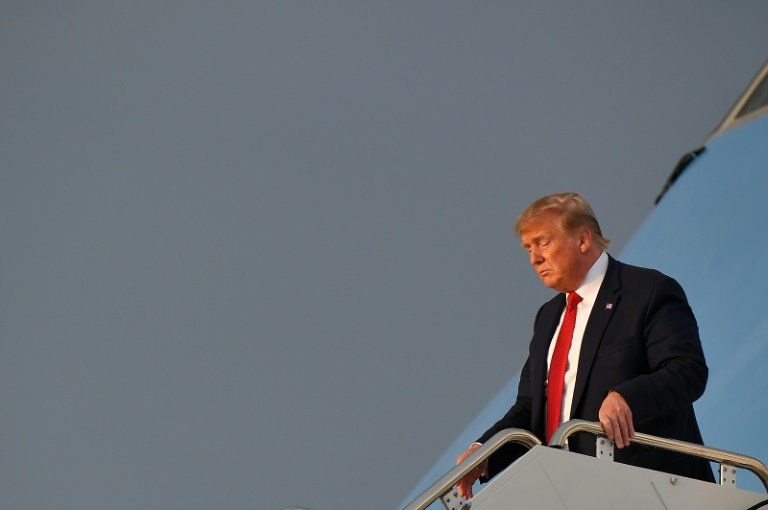 US President Donald Trump on Wednesday attacked automakers who ignored his advances and instead reached an agreement with California on future stricter emissions standards.

Trump's administration plans to relax current standards, while California, which is already applying the most restrictive rules in terms of auto emissions, wants to go even further.

Several major automakers, including Ford, Honda and Volkswagen, decided to conclude an agreement with California last month, and others are about to join them, angering the president.

"My proposal to the politically correct Automobile Companies would lower the average price of a car to consumers by more than $3000, while at the same time making the cars substantially safer. Engines would run smoother. Very little impact on the environment! Foolish executives!" Trump tweeted.

He later invoked the founders of Ford and General Motors, saying they are "rolling over" in their graves "at the weakness of current car company executives willing to spend more money on a car that is not as safe or good."

And he accused California of wanting to "squeeze them to a point of business ruin."

According to The New York Times, Mercedes-Benz is ready to join the coalition, along with another major unnamed automaker which based on the president's tweets could be General Motors.

Toyota, Fiat Chrysler and General Motors were summoned to the White House last month, where an advisor asked them to show solidarity with the president, the Times reported.

The goal of the automakers, which account for about 30 percent of new vehicle sales in the United States, is to have clarity over several years on CO2 standards in the US market, as a legal battle looms between Trump's administration and states such as California that want to keep ambitious goals set by his predecessor Barack Obama.

Trump proposed in August 2018 to cancel the regulations adopted under Obama for the period from 2017-2025, which represented one of the main pillars of the former president's climate plan.