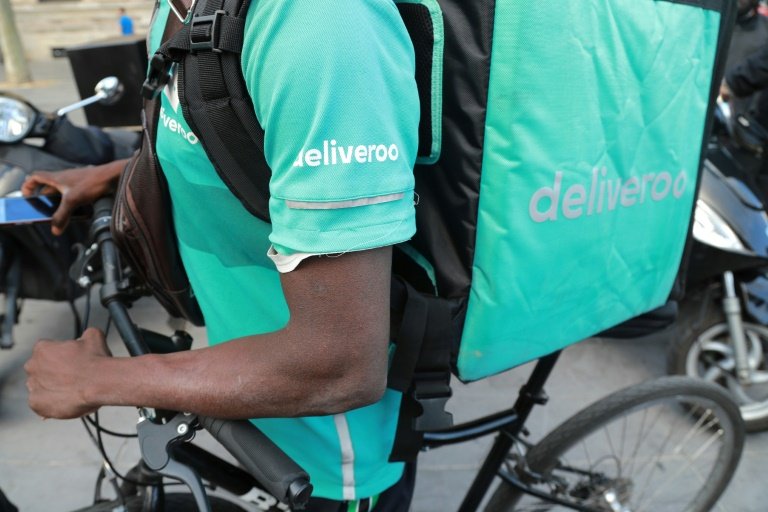 The rough times come as a growing group of startups jostle for the pocketbooks of hungry city dwellers craving for that special burger or lunch bento box.

Deliveroo has helped revolutionise meals on wheels in much the same way as Uber -- which has a rival food catering app -- has upended the taxi market.

It is now encountering identical questions over whether its employment schemes meet labour laws across around 200 cities where it has set up shop.

Its tens of thousands of delivery workers -- most of them young men on bikes and scooters -- are officially self-employed and deprived of a minimum wage or paid leave.

They must also provide their own means of transportation and smartphones that keep them connected to both clients and dispatchers.

This arrangement prompted Deliveroo's French bikers to call for clients to boycott the brand last week.

Discontent in Deliveroo's second-biggest market after Britain boiled over only days after a Madrid court ruled that it had wrongly signed up more than 500 riders to self-employed contractors.

Deliveroo has appealed the ruling but faces several more similar cases in Spain later this year.

These cost-cutting contracts are being tested at a turbulent time for a new service that is booming in popularity but unable to turn a profit.

Deliveroo announced Monday that it was pulling out of Germany after four years and refocusing on other parts of Europe and further afield in Asia.

The decision was especially painful because it clears the path for a local rival called Lieferando to dominate Germany on its own.

Lieferando is owned by the Dutch company Takeaway -- itself in the process of merging with the UK-based upstart Just Eat.

"There are at least two dozen companies in the restaurant ordering and delivery business. And that doesn't even include grocery delivery!"

Scale and size are essential for these rivals to forgo immediate profits as they pile money into expansion that could eventually force the laggards to drop out.

Deliveroo remains an investor darling that has made it into one of the world's few "unicorns" -- privately-owned tech companies valued at more than a billion dollars by the market.

It has even piqued the interest of Amazon.

The Seattle-based online shopping behemoth was the biggest investor in a round of fundraising in May that brought in $575 million.

The various investments and mergers show that "scale is the only way to survive," Vogt said.

But they also come with their own sets of pitfalls: Britain's competition regulator launched a "phase one" review of the Amazon deal last month that could lead to a formal investigation.

The UK Competition and Markets Authority (CMA) said it had "reasonable grounds for suspecting" that the agreement could "result in Amazon and Deliveroo ceasing to be distinct".

The CMA said Deliveroo and Amazon must remain two separate businesses with their own "sales or brand identity" throughout the review -- a process without a clear deadline but massive repercussions for the entire sector.