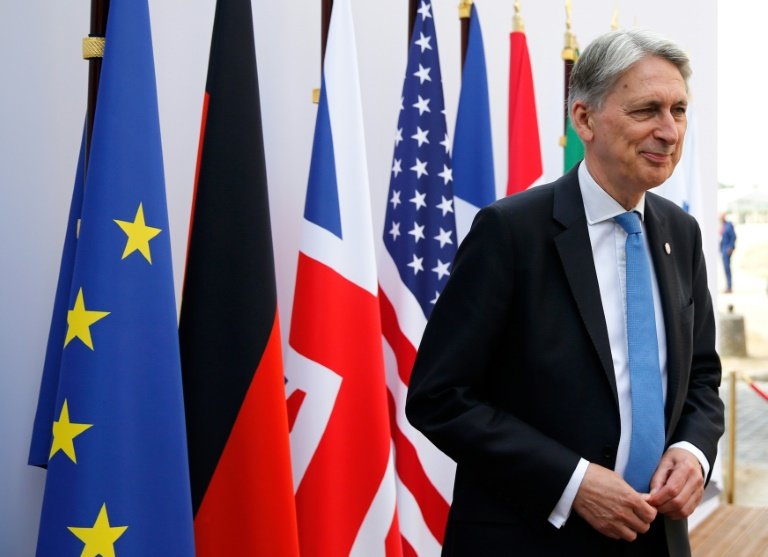 Philip Hammond's decision to resign as Britain's finance minister should Boris Johnson become prime minister thrusts him into the frontlines of a brewing internal revolt against the likely incoming leader.

The 63-year-old Oxford University graduate is one of Britain's most respected ministers among European leaders and a champion of London's strategically vital financial hub.

Both hope Hammond, an understated government veteran of nine years, will find a way to keep Johnson from pulling Britain out of the European Union without a divorce agreement on October 31 -- the "no-deal" option that experts warn could sink markets and cripple trade.

Former London mayor Johnson is the bookmakers' runaway favourite to beat Foreign Secretary Jeremy Hunt in the race to succeed Theresa May as leader of the governing Conservative Party. The new leader will be announced on Tuesday and formally take over as prime minister on Wednesday.

But Hammond -- nicknamed "Spreadsheet Phil" for his dogged devotion to strict budgets -- has been that nagging voice who keeps telling Johnson that his promises of a bright no-deal Brexit future are misguided and dangerous.

"I will do everything I can from the backbench to ensure that parliament blocks a no-deal," the chancellor of the Exchequer said in an interview with two European newspapers that was published on Friday.

Hammond's bookish looks and gentlemanly charm disguise an entrepreneurial spirit and a fervent belief in Britain's ability to be a forceful voice on the world stage.

The Financial Times newspaper once called him "the product of Britain’s swashbuckling (Margaret) Thatcher era: a risk-taker whose business ventures sometimes did not pay off."

Most of them initially did not, in his business life before entering politics.

His bid to sells trips to Iran was thwarted by the 1979 Islamic revolution.

He eventually stumbled onto a profitable property development venture that reportedly made him into a sterling millionaire with the confidence to enter politics.

He was elected to parliament in 1997 and became transport minister when the Conservatives entered government in 2010 under prime minister David Cameron.

Hammond later served as defence minister and then foreign secretary -- a post that saw him cross paths with Iran again by helping negotiate the 2015 accord with other world powers that limited Tehran's nuclear ambitions.

But he leaves the halls of power for the backbenches of parliament with a feeling of mission not quite accomplished.

"There's quite a sense of things that we wanted to do, things that I wanted to take further," he told the BBC's Political Thinking podcast earlier this month.

"I hope we've started them, but it would have been nice to have seen some of them finished," he said.

Yet Hammond could still play a fateful role in deciding Britain's future over the coming months.

A few dozen Conservative MPs are openly trying to strip their own incoming party leader of the option of leaving with no-deal when the already twice-delayed Brexit deadline strikes next on October 31.

Hammond has the political gravitas and the ideological credentials to lead them.

He instinctively mistrusts European political institutions and their reams of red tape.

Hammond told the BBC he was once "quite happy to see the EU as something quite alien that was done to us".

But he also argues that his nation of 66 million has become too "dependent" on the other 27 EU member states over the past 46 years to simply break away overnight.

Johnson fronted the "Leave" effort and now surrounds himself with fellow Brexit supporters who have spent weeks angling for Hammond's coveted portfolio.

Hammond said with self-deprecating humour that losing ministerial privileges might come as a slight shock.

"You know you are no longer a government minister when you get in the back of the car and it fails to move away from the kerb," he joked in the BBC podcast.

"Probably just re-grounding yourself in reality is not a bad thing."