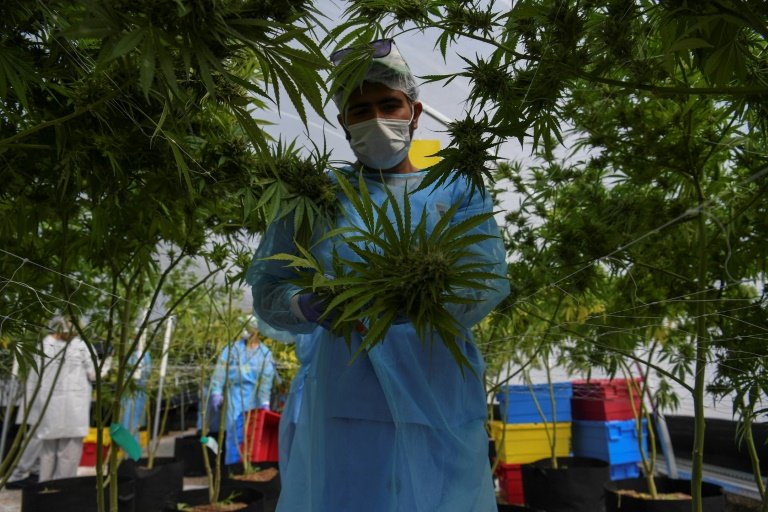 Already the first country in the world to legalize recreational use of marijuana, Uruguay now aims to go further by becoming the first in Latin America to export it for medicinal purposes.

It's taken a year to get to this point but in Nueva Helvecia -- 120 kilometers (75 miles) west of the capital Montevideo -- the first harvest is ready to be sent abroad.

Employees of the US company Fotmer -- the only one currently licenced to export -- are cutting and drying the plant before it is exported to Europe, Canada and Australia.

In taking this step, Uruguay is joining the ranks of medicinal marijuana exporters dominated by the United Kingdom, which according to United Nations data from 2016 had cornered more than two thirds of the market.

The Netherlands (16.4 percent) and Austria (8.7) are the other major players although a growing number of countries are investing in producing medical marijuana, which is legal in around 30 countries worldwide.

"Uruguay has been visionary," said Jordan Lewis, 46, one of Fotmer's owners. 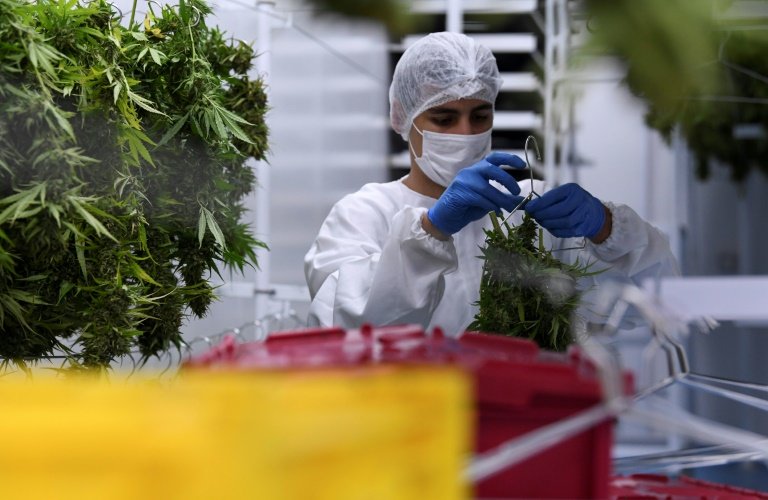 "The market is growing" and Lewis believes Uruguay -- a country in which cannabis can be bought in pharmacies -- could lead the way.

This year, Fotmer aims to produce six tons of medicinal marijuana but Lewis's ultimate goal is to reach 400 tons a year in return for a $15 million investment.

The plants can grow to two meters (6.5 feet)high after which employees such as 33-year-old Santiago Bardanca prune them and separate stems and flowers into colored boxes.

"It takes between five and 10 minutes" for each person to process a plant, Bardanca told AFP. Fotmer employs 150 people in peak season when the plants are harvested.

That's an intense and stressful time that lasts just a few days as employees work in shifts to ensure a 24-hour operation.

The whole process is tightly regulated as the flowers and extract which the plants produce are mostly destined for the pharmaceutical industry. 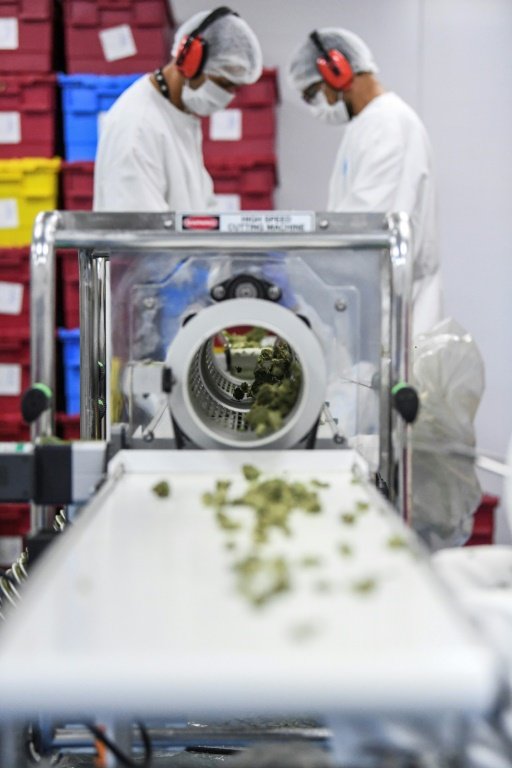 "Our aim is to become the main provider of medical marijuana" in the world, taking advantage of Uruguay's liberal laws surrounding the drug, adds American Lewis, a vet by profession.

Starting with 10 plants, he jumped at the opportunity afforded him by the South American country to run his own business dealing in a plant he's studied extensively and whose economic potential he considers huge. Through cloning, he now has 10,000 plants.

A 2017 study by US-based Grand View Research has estimated the global market for medical marijuana could reach $55.8 billion by 2025. 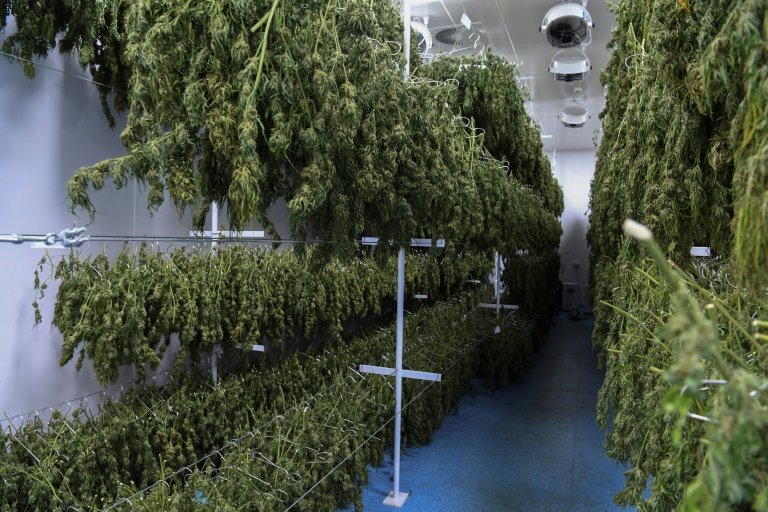 Fotmer has installed 18 greenhouses over an area of 30,000 square meters and hope to eventually produce 400 tons of medical marijuana a year / © AFP

The flowers are sent to countries such as Germany -- one of 21 European Union nations where medical marijuana is legal -- while other chemical components are used in specific remedies, says Lewis.

In the production process, each area is strictly separated. To pass from one room to another, employees must pass through a pressurized area in which connecting doors can only be opened one at a time.

Workers must even change clothes, shoes and masks when moving between the different production areas to reduce the risk of contamination.

"This is hyper-paranoia," says Fotmer's scientific director Asim Beg, but necessary given "this is a medicine like any other medicine."

The production process involves cutting the plants at exactly the right moment, then leaving the flowers for six days to dry and another six to "stabilize," during which time the chemical components reach their final state. It then takes two days to pack the final product.

"The plant's entire life is monitored from plantation to sale," says Beg, adding that it's a pharmaceutical industry requirement. 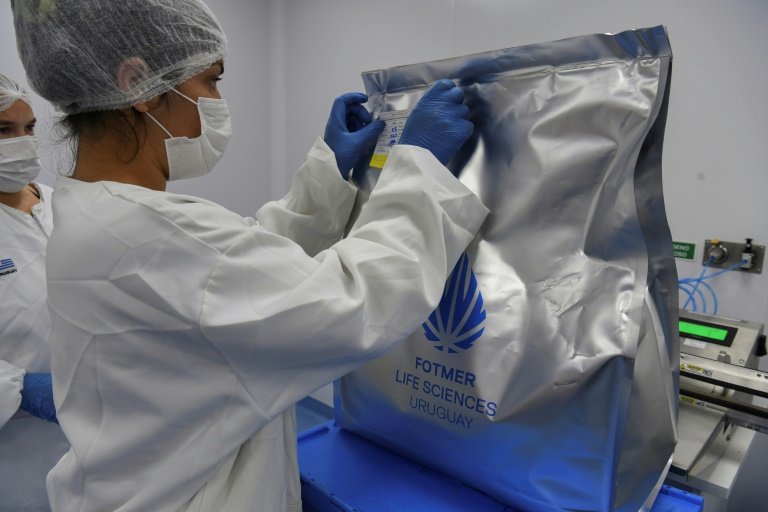 Each package weighs three kilograms and is worth between $9,000 and $21,000 on the international market / © AFP

The first packages will be heading to Germany. "It's very emotional," admits Lewis.