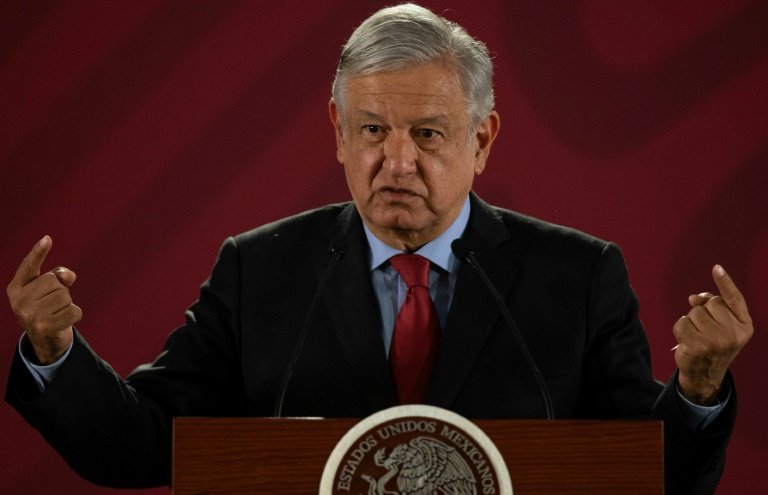 Mexico's president announced Wednesday that construction would begin next week on a controversial new airport, an announcement tempered by his communications minister who said it would be only a symbolic start.

Months after canceling work on another airport that was already one-third complete, President Andres Manuel Lopez Obrador said in a speech at the site of a replacement project that construction would begin Monday.

The new development will replace a part-completed $13 billion project championed by his predecessor, Enrique Pena Nieto, which Lopez Obrador axed after holding a referendum on the issue that was marred by irregularities.

Lopez Obrador, who ran on a pro-austerity, anti-graft platform, had criticized the partially completed airport as an unnecessary mega-project marred by corruption.

Scrapping the project angered investors and the government had to pay $5.2 billion back to bondholders.

Still, it is unclear exactly what will begin Monday after Secretary of Communications Javier Jimenez Espriu said later Wednesday it was only a masterplan that would be unveiled at the Santa Lucia airbase.

"We will explain how the airport's masterplan is being developed and symbolically place the first stone," he said, without giving a precise start date.

The new facility will operate in parallel to the aging Benito Juarez airport in the east of the Mexican capital, as well as an upgraded terminus in the neighboring city of Toluca.

Hours earlier, in his usual morning press conference, the president said the government would save 100 billion pesos compared to the cost of the canceled airport.

AMLO said the airport plans would "solve the problem of saturation of the current airport in three years, and not six, as originally contemplated."