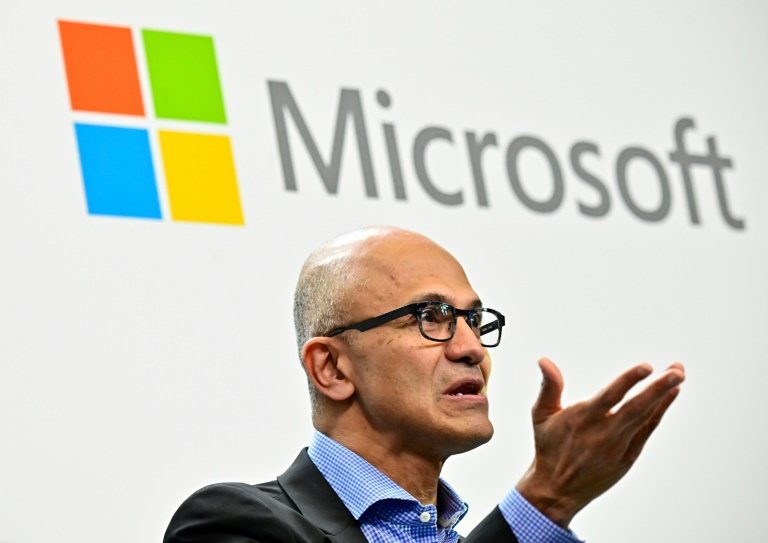 Microsoft said profits climbed in the past quarter on its cloud and business services as the US technology giant saw its market value close in on the trillion-dollar mark.

Profits in the quarter to March 31 rose 19 percent to $8.8 billion on revenues of $30.8 billion, an increase of 14 percent from the same period a year earlier.

Microsoft shares gained some three percent in after-hours trade, pushing it closer to $1 trillion in value.

It ended the session Wednesday with a market valuation of some $960 million, just behind Apple but ahead of Amazon.

In the fiscal third quarter, Microsoft showed its reliance on cloud computing and other business services which now drive its earnings, in contrast to its earlier days when it focused on consumer PC software.

"Leading organizations of every size in every industry trust the Microsoft cloud," chief executive Satya Nadella said in a statement.

Commercial cloud revenue rose 41 percent from a year ago to $9.6 billion, which now makes up nearly a third of sales, Microsoft said.

Some $10.2 billion in revenue came from the "productivity and business services" unit which includes its Office software suite for both consumers and enterprises, and the LinkedIn professional social network.

The "more personal computing" unit which includes its Windows software, Surface devices and gaming operations generated $10.6 billion in the quarter.