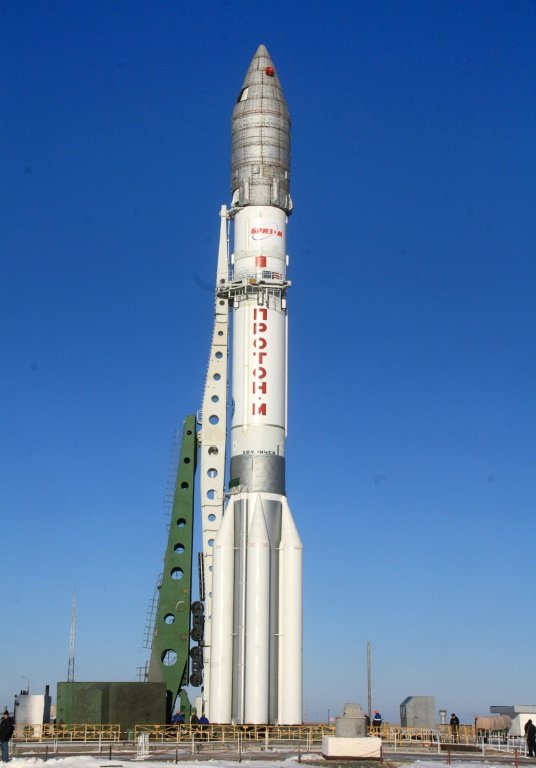 AsiaSat 7, a US-made satellite built for Hong Kong's AsiaSat, sits aboard a Proton-M rocket ahead of launch in Kazakhstan in 2011 / © AFP/File

A fleet of US-made satellites helps China's government police its people and supports its military despite growing wariness in Washington over Beijing's power, the Wall Street Journal reported Tuesday.

While the United States will not let China buy US-made satellites for national security reasons, it sells them to partly Chinese-controlled, Hong Kong-based Asia Satellite Communications, which then leases out capacity to Chinese and other customers.

Under that arrangement China's Ministry of State Security, which oversees domestic and international intelligence gathering, has used the US-built satellites for communications in emergencies, including dealing with anti-government protests by minorities in Tibet and Xinjiang in 2008-2009, the Journal reported.

And beginning in 2013, a Chinese state telecommunications firm used capacity on an AsiaSat satellite to provide mobile and internet services to China's military as they built permanent installations on contested islands and reefs in the South China Sea.

Washington does not recognize China's territorial claim to those installations, which have effectively extended China's military reach far from the mainland.

The three-decades-old, publicly listed company, has launched a total of nine satellites, made by US aeronautics and space firms Boeing and SSL.

AsiaSat told the Journal that China's military had used the satellite services via telecoms operators that held bandwidth for disaster relief.

Carlyle, which has strong ties to the US political and security establishment, told the Journal that AsiaSat customers are Chinese phone and internet companies, who have their own customers.

The report came amid stepped up US concern over China's efforts to obtain, legally or illegally, US technology that it cannot match itself.