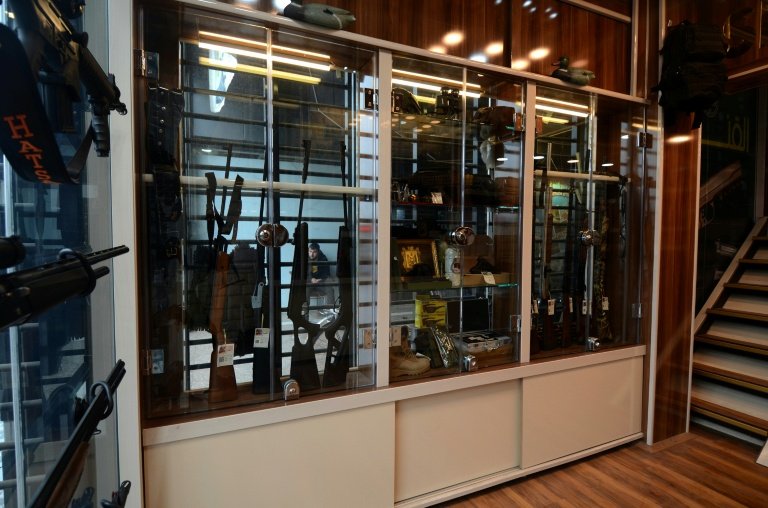 Hunting rifles, pistols and towers of ammunition magazines: new gun shops are popping up in Iraq's Mosul, where residents are keen to own personal firearms in the unpredictable aftermath of jihadist rule.

The Islamic State group reigned over the city for three years before being ousted by Iraqi forces in mid-2017.

But with jihadist sleeper cells still active across the broader province, the new half-dozen licensed gun traders in Mosul are seeing impressive sales.

"We've got a lot of customers," said one shop owner in his 40s, who was granted a weapon-trading license from Iraq's interior ministry a few months ago.

All his customers have gun permits, and "many also carried membership cards in the armed forces", he told AFP.

His most popular item? Hunting rifles, said the trader. "They make up 70 percent of all my sales," he said proudly.

Iraq has one of the highest rates of civilian gun ownership in the world, according to the Small Arms Survey, which estimated about 20 guns per 100 Iraqi civilians last year.

Gun ownership was expected to increase since Iraq altered legislation in 2018 allowing civilians to purchase pistols and semi-automatic weapons, after they had only been allowed to buy hunting guns.

In Mosul, newly-licensed shops are the latest addition to the roughly 130 gun shops across the rest of Iraq.

They offer a wide spectrum of weaponry to Mosul's residents, from machine guns and hunting rifles to US, Chinese or Croatian pistols.

"We sell to civilians, but also to members of the military," said another gun shop owner in Mosul, who also preferred to speak anonymously.

The civilians included recreational hunters but also "businessmen and journalists" who felt they may be targeted for their profession, he said.

One of them is Abu Nizar, a Mosul resident who keeps a pistol on his belt and a Kalashnikov assault rifle in his exchange office. 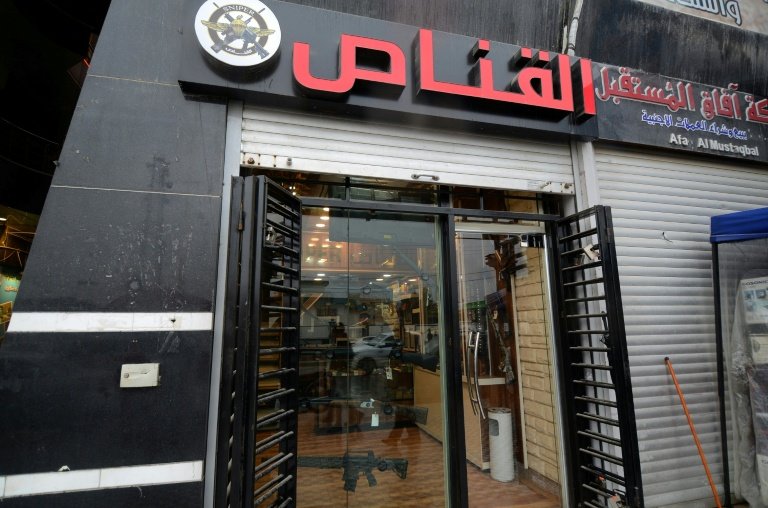 "A number of money-changing offices and other traders were attacked," the 45-year-old told AFP, so he requested a gun license to keep himself and his business safe.

But it's not just civilians who are determined to be armed.

Hamed Hassan, a 21-year-old member of Iraq's security forces, carries a weapon while on duty but has to turn it in when he goes home.

"The security situation is still fragile," he told AFP while weaving his way between glass cases of rifles and ammunition stockpiles in a Mosul storefront.

"I need a weapon for my personal protection."

Hundreds of jihadists are believed to be hiding in the rugged mountains and open plains around Mosul, with deadly hit-and-run attacks reported every few days against military installations or government offices.

After the US-led invasion of 2003, Mosul became a stronghold of the anti-American insurrection, with Al-Qaeda seizing control of parts of the city.

The group's jihadist progeny IS overran Mosul in 2014, capturing stockpiles of arms, ammunition and tanks from Iraqi forces, much of which had originated as military aid from the US.

Across Iraq, many communities rose up to defend themselves against IS, sometimes using personal weapons and in other cases with direct backing from the state.

Now that fighting has died down, parts of those stockpiles are being illicitly bought and sold across the country. 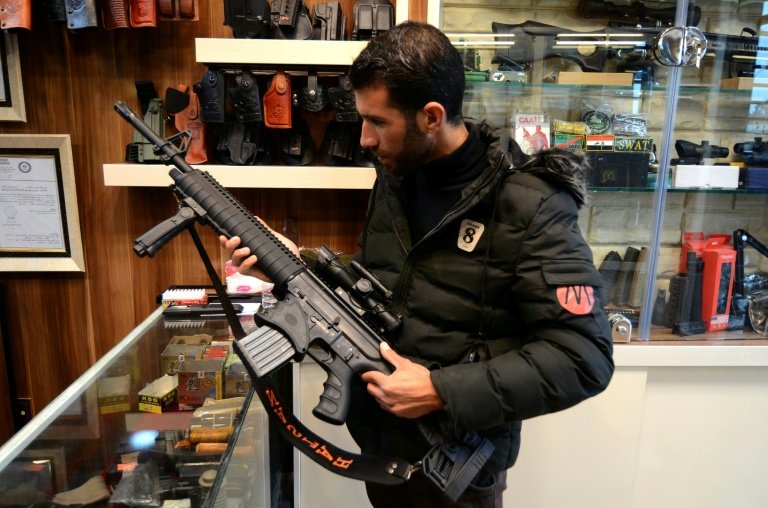 "Light arms of all types are still feeding the black market," a security official told AFP on condition of anonymity.

"Some were stolen, others recuperated after jihadists fled and still others were smuggled" across northern Iraq, which borders Turkey and war-ravaged Syria.

But some Mosul residents fear even the legal trade in weapons could have negative repercussions on their city, deeply scarred by years of violence.

When IS held Mosul, it forced teenage boys to fight and enrolled them in military training and religious classes, meting out violent punishments -- including beheadings -- against those who defied its rules.

"Mosul was recently recaptured -- there are still clandestine terrorist cells there that could exploit" gun sales, said sociologist Ali Zeidan, who is from Mosul.

"Crime could go up if someone got their hands on weapons this way. There should be very tough restrictions," the 35-year-old told AFP.

"The situation in Mosul is not as stable as officials would have you believe," Bek told AFP.

"Selling such arms to civilians will have a negative effect on security now and in the future."