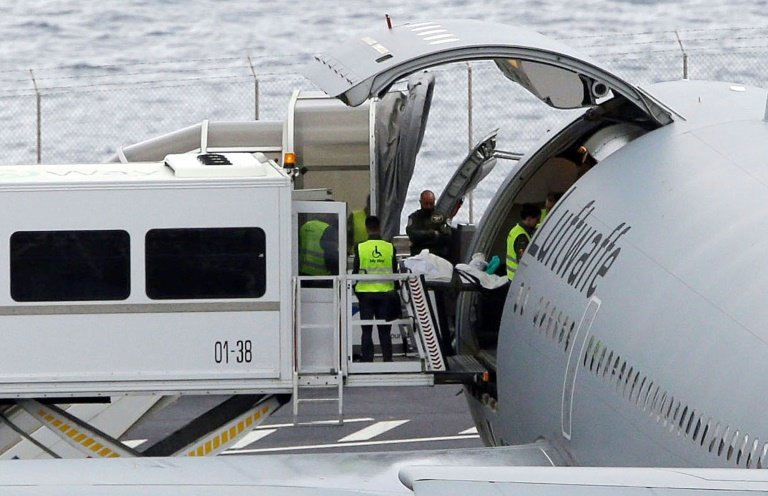 A group of 12 Germans who were injured in a deadly Madeira bus crash headed home on Saturday aboard a German medically-equipped military plane, an AFP reporter said.

Their tourist bus crashed on the Portuguese holiday island on Wednesday, killing 29 passengers, all of them German.

Of the 16 injured survivors of the crash, 14 were also German.

The aircraft was bound for Cologne in western Germany, from where it had flown in on Saturday morning, a health official for the Madeira region said.

One injured German had already been flown home on Friday and another, too badly hurt to fly, has been kept in intensive care.

Investigators are still trying to determine why the vehicle crashed off the road before ending up mangled on a hillside near the town of Canico.

Portuguese public TV RTP reported Friday that the bus's accelerator was thought to have been stuck and that the driver might have tried to stop the vehicle by hitting a wall.

Advancing another theory, a German holidaymaker in his 60s who escaped with a broken rib told Portuguese television: "I think the brakes were gone, I cannot imagine another reason" for the crash.

His wife said some passengers were thrown through the windows when the bus began to roll over.

More than one million tourists visit the Atlantic island group off the coast of Morocco each year, attracted by its subtropical climate and rugged volcanic terrain.