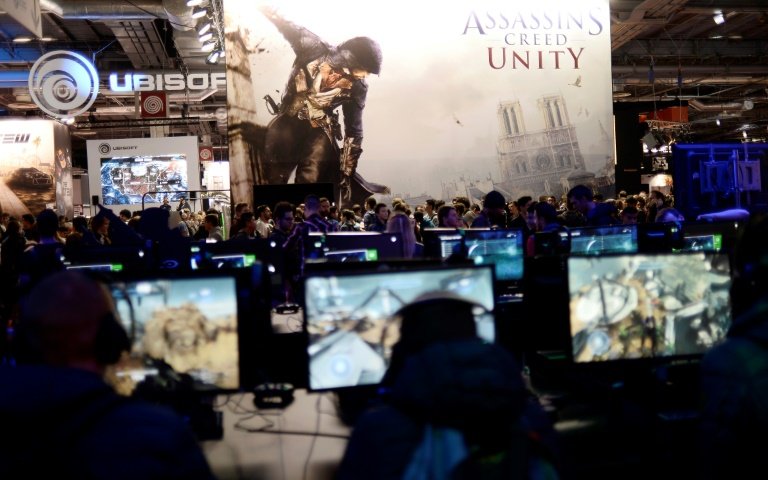 Ubisoft will give away copies of "Assassin's Creed Unity", which allows gamers to explore Notre-Dame, after the cathedral was damaged in a devastating fire / © AFP/File

The French maker of the blockbuster game "Assassin's Creed Unity", which takes place inside the Notre-Dame cathedral, said Thursday it was offering the title for free for a week to give players a peek inside the fire-scarred monument.

"We want to give everyone the chance to experience the majesty and beauty of Notre-Dame," Ubisoft said in a statement, announcing that it would give the game away for free on PC between April 17 and April 25.

"We stand in solidarity with our fellow Parisians and everyone around the world moved by the devastation the fire caused," the company said.

Ubisoft also pledged 500,000 euros ($563,012) towards the restoration and reconstruction of the cathedral, joining a long list of companies and business tycoons that have promised help totalling over 850 million euros so far.

Released in November 2014, "Assassin's Creed Unity" puts the player in the shoes of Arno Dorian, a young Assassin swept up in the French Revolution.

Players can also climb around a scale model of the cathedral.

In a 2014 interview with Geek Ireland, one of the game's designers Caroline Miousse said reproducing Notre-Dame took Ubisoft teams 14 months of work, followed by a further three weeks "to dress its interior in accordance to the Revolution era."

More than 100 million Assassin's Creed games have been sold since the launch of the first title in 2007.