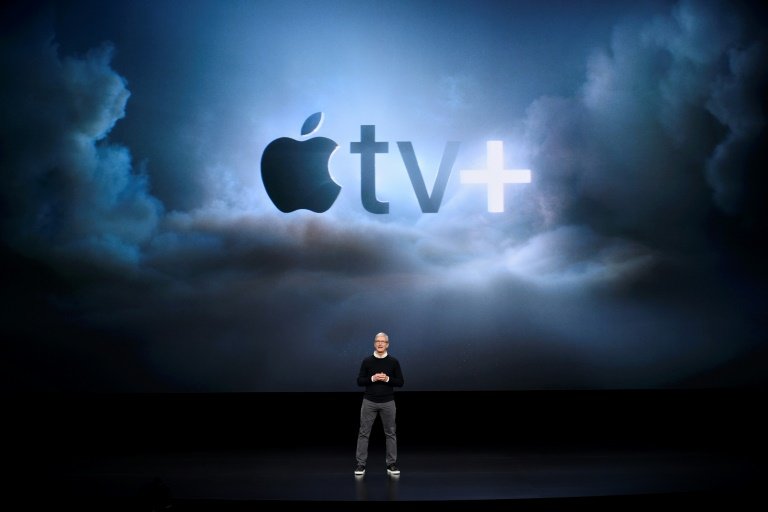 With Hollywood stars galore, Apple unveiled its streaming video plans Monday along with news and game subscription offerings as part of an effort to shift its focus to digital content and services to break free of its reliance on iPhone sales.

Director Steven Spielberg, TV host Oprah Winfrey and Hollywood stars Jennifer Aniston, Reese Witherspoon and Steve Carrell made appearances at the event that brings Apple into direct competition with Netflix and the rest of the entertainment sector.

"We all want to be heard, but we also need to listen... to be able to harness our hopes and dreams and heal our divisions," Winfrey told a packed audience in the Steve Jobs Theater on Apple's campus in Silicon Valley.

"That is why I have joined forces with Apple. The Apple platform allows me to do what I do, in whole new way."

The Apple TV+ service, an on-demand, ad-free subscription service, will launch this year in 100 countries, the company said.

"Great stories can change the world. We feel we can contribute something important to our culture and to our society through great storytelling." 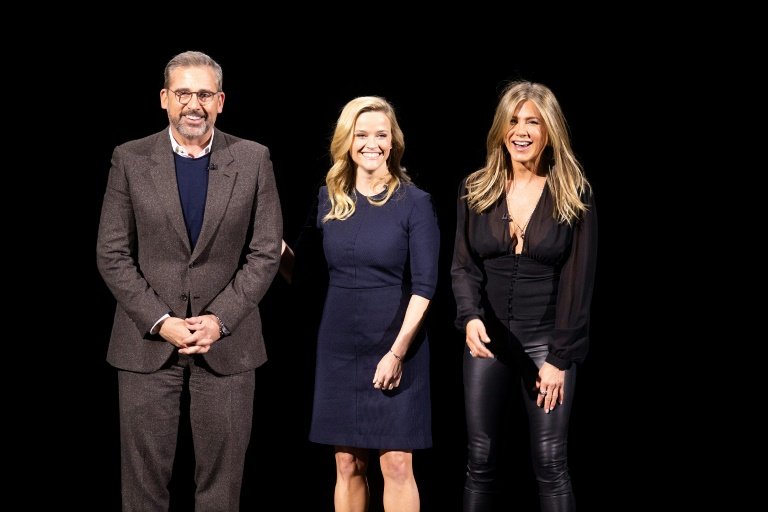 different credit card experience centered around the customer, which includes never sharing or selling data to third parties for marketing and advertising. Mastercard will provide cardholders the ability to shop at merchants around the globe / © AFP

Apple revealed only a few of the programs to launch but announced it was working with celebrities on both sides of the camera including Octavia Spencer, J.J. Abrams, Jason Momoa and M. Night Shyamalan.

The new content will be available on an upgraded Apple TV app, which will be on smart television sets and third-party platforms including Roku and Amazon's Fire TV.

Apple will also allow consumers to subscribe to third-party services like HBO and Starz from the same application. The cost of the service, along with financial deals with content creators, were not disclosed.

Apple is aiming to leverage its position with some 900 people worldwide wo use at least one of its devices. But some suggested Apple's path may be harder than anticipated.

"I don't want to know which famous people Apple has signed up. I want to know if the annual budget is $1bn or $10bn," tweeted Benedict Evans, a Silicon Valley investor and blogger.

"Getting audience for a TV platform is like orbital mechanics - the only way to go up is to burn more fuel."

While some view Apple's move as a reinvention of the iconic company, analyst Richard Windsor said on his Radio Free Mobile blog that the video service "is very unlikely to ever be big enough to wean Apple off of its long addiction to selling hardware."

Meanwhile a new Apple News+ service at a cost of $9.99 per month will include the Los Angeles Times and Wall Street Journal, digital news sites and more than 300 magazine titles including Rolling Stone, Time, National Geographic Wired and The New Yorker.

"We think Apple News+ will be great for customers and great for publishers," Cook said.

Apple News+ was launched Monday in the US and Canada in English and French and will be available later this year in Britain and Australia, the company said.

Separately the company said it was launching a new game subscription service called Apple Arcade later this year with at least 100 titles at launch.

"Apple Arcade will introduce an innovative way to access a collection of brand new games that will not be available on any other mobile platform or in any other subscription service," Apple said in a statement.

"Rather than pay up front for each game, a subscription to Apple Arcade will give players the opportunity to try any game in the service without risk." 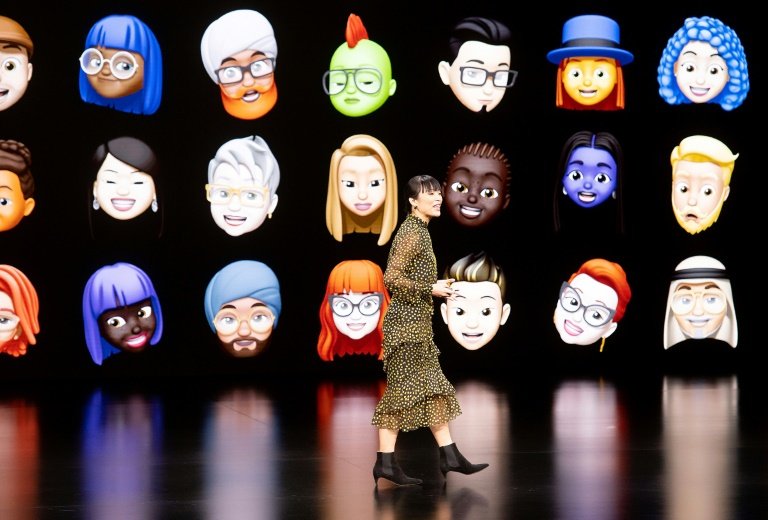 The game service will be available in 150 countries, with pricing to be announced later.

The move comes as Apple shifts to emphasize digital content and other services to offset a pullback in the once-sizzling smartphone market, and with many news organizations struggling to monetize their online services. 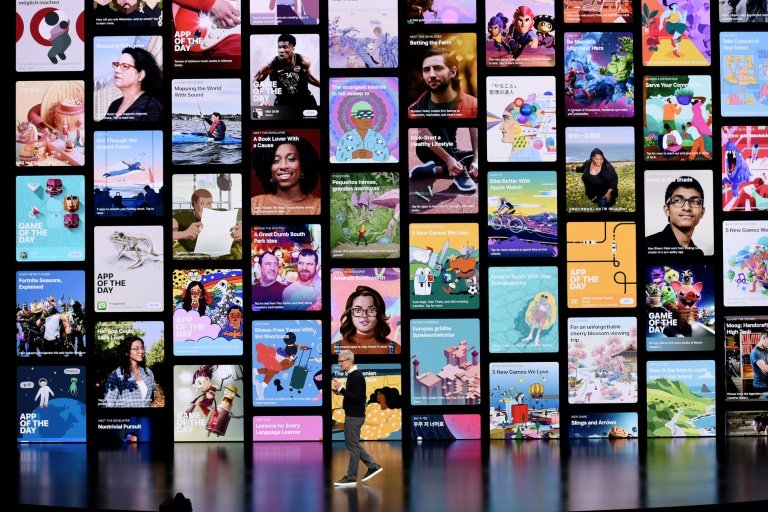 Apple sought to highlight privacy and data protection for its new services, responding to consumer concerns about personal information bought and sold by Silicon Valley firms,

It said advertisers would not be able to track the activity of subscribers to the news service and its Arcade would have no ads, ad tracking or additional purchases.

On additional services, Apple said it would offer a credit card in partnership with Goldman Sachs to be integrated with Apple Pay and that digital payments would be launched for three transit systems in the United States.

Those signing up will get a physical card and one for a digital wallet, with the two companies pledging to refrain from sharing or selling data to third parties for marketing and advertising.

Apple Card features that could shake-up the credit card industry included not charging fees, giving users cash back on purchases, and providing tools for people to better manage their debt.