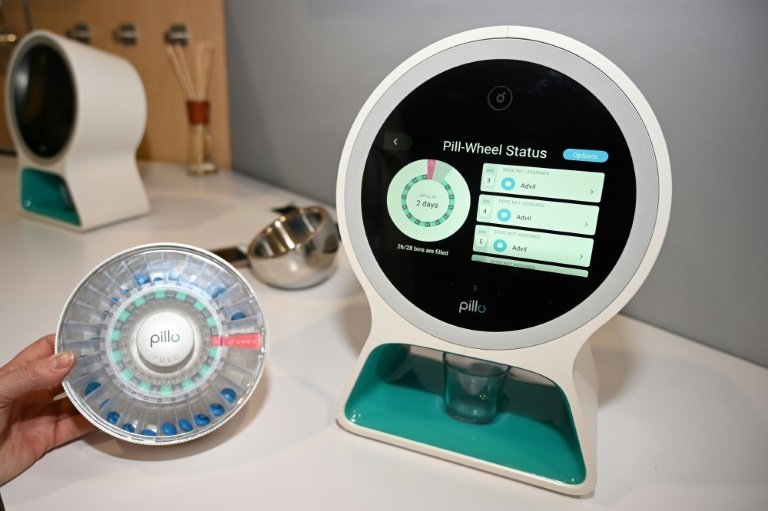 With artificial intelligence to detect falls, virtual reality to combat isolation and "powered" clothing to assist the incapacitated, the tech world is stepping up its effort to "disrupt" aging.

At the Consumer Electronics Show this week in Las Vegas, exhibitors were showcasing new ways to help the elderly remain independent, mentally fit and connected.

Some systems took a page from the gaming world of youngsters to help seniors "travel" to new places and connect with loved ones.

"Everyone knows seniors get lonely but that isolation can also lead to a lot of medical problems, including the acceleration of dementia," said Kyle Rand, founder and chief executive of Rendever, a startup which works with assisted living homes to give seniors a way to virtually visit remote locations.

"They can stand atop the Eiffel Tower, they can go on an African safari, or revisit their childhood home."

Rendever was launched in the Washington DC tech incubator created by the American Association of Retired Persons (AARP), which in recent years has been funding efforts to develop new technologies for seniors.

In the consumer space from the AARP incubator, Alcove VR enables seniors to be part of a virtual world with loved ones who may be far away. 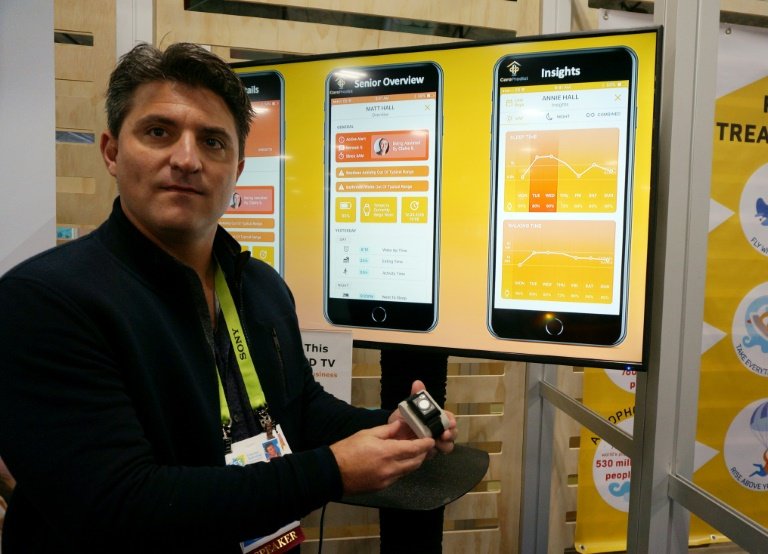 "You can step into a virtual living room (with a friend or family member and just hang out," said Cezara Windrem, the AARP product manager for Alcove.

Alcove was launched this week as a free application on Oculus, the Facebook-owned virtual reality unit.

The AARP exhibit also included VRHealth, which offers cognitive behavioral therapy using virtual reality, and Pillo, a device which serves as a personal assistant and medication dispenser focused on health for seniors. 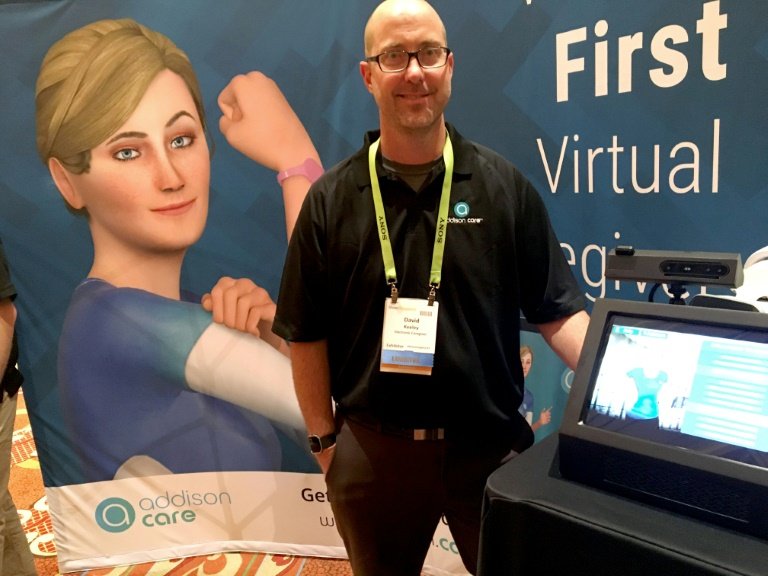 Other exhibitors showcased technology that could help seniors remain in their homes, and give family members peace of mind by monitoring their condition, in some cases using predictive analytics to determine if they are at risk.

"You don't need to wear anything, there are no cameras," said Ofer Familier, head of business development for Vayyar.

The company, which makes a range of sensor equipment, says Walabot can detect subtle changes in gait, movement or breathing which could signal a risk of a fall or other problem.

"We can detect falls, but the predictive aspect of it is to monitor changes in behavior so we can alert family members," Familier said.

Also launched at CES was the Addison Virtual Caregiver, a video-based assistant with a female avatar which can converse, offer reminders on medication and detect potential health issues.

With the data gathered from the device, "we can classify people as high-risk or low-risk fallers," said David Keeley, research director for Addison parent firm SameDay Security.

"We can predict the rate of functional decline."

Alicia Mangram, a Phoenix-based trauma surgeon who is an advisor to Addison, said the system can be useful in helping seniors remain independent. 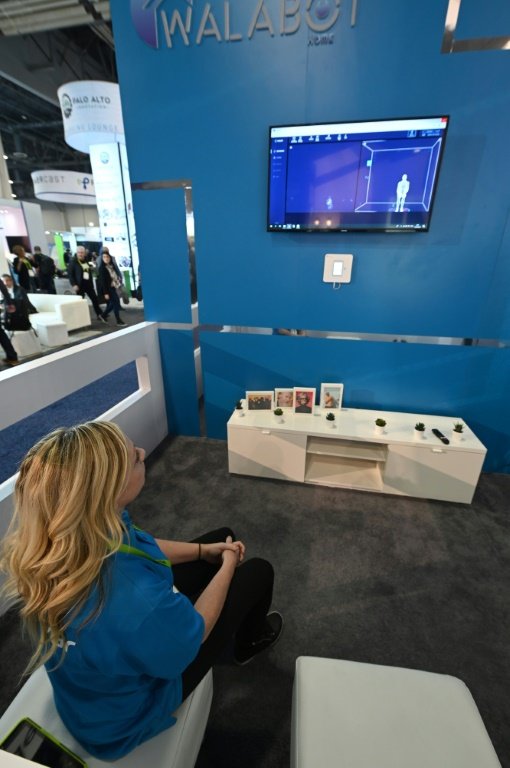 "Right now when we send people home (from a hospital) we don't know what happens to them," Mangram said. "This allows us to check on them."

Florida-based startup CarePredict exhibited its system based on a wearable band that helps monitor seniors in assisted living facilities.

"We can passively and unobtrusively monitor the daily activities of seniors, and our predictive tools can help identify if they are at risk of falls, depression, malnutrition or urinary tract infections," said CarePredict's Jerry Wilmink.

Tech firms see a promising market in these kinds of devices, with public attention focused by the Apple Watch's feature of fall detection.

According to research firm eMarketer, Americans of age 55 and older are the fastest-growing group of electronic wearable users in the US, largely due to the devices' enhanced health features. 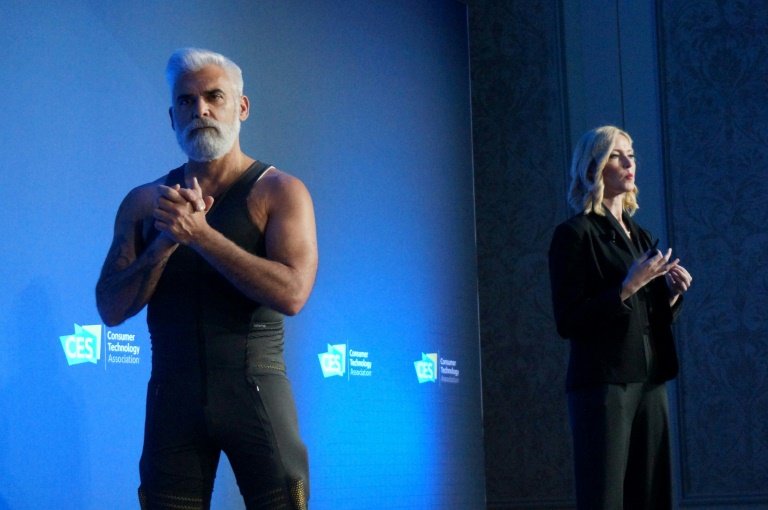 For those with mobility issues, the California startup Seismic unveiled its wearable tech body suit which can augment a user's muscles and help them maintain posture.

The "core wellness suit," which weighs under five pounds and can be worn under street clothes, has robotic components that provide up to 30 watts of power to each hip and the lower back to support sitting, standing, lifting, or carrying -- similar to an exoskeleton but without the bulk.

Sarah Thomas, a Seismic vice president and advisor to tech startups, said the new product is designed not only for the elderly but for factory workers to ease fatigue and anyone with mobility issues.

Thomas said tech products for seniors should not be "stigmatized" with unsightly products.

"We should be designing with age in mind but without the ageist perspective," Thomas told a CES panel.