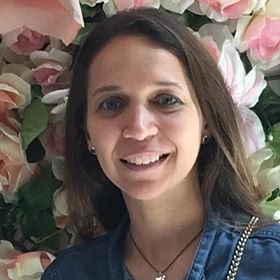 During my interview series for Career Chats, I had the pleasure to meet Noha Bayoumi. We took the chance to meet at a trendy coffeeshop in the city early in the morning. Why? Because Noha had to go to work! For her, balancing out obligations is a priority.

“The most difficult part is the work-life balance, to find time for yourself, work and family. That doesn’t happen often!” Noha laughed at her situation. “But my husband has been helpful, and we divide the responsibilities between us.”

How did Noha get to Luxembourg, and how has she found it, other than the time crunch?

Like other Egyptians, Noha and her husband were looking for better opportunities after the revolution.  Both had educations and worked in IT-related fields, so they had good chances abroad. Her husband found a job in Luxembourg in 2014, and she followed with their two young children a few months later.

Noha first focused on getting the family settled. “I wanted to be sure my kids were ok and my son got into creche,” she recalled, “and then I started looking for a job in late 2014.  She applied online and looked at the typical sites like Monster.lu. She was able to have a few interviews and land a job quite quickly. Given her background as a developer in mobile applications, she was confident in her skills and suitability.

“During the month or two I searched, it was tough to keep searching, I kept applying even if not 100% match. I had a few interviews, and a couple that were really technical.  I hadn’t really refreshed my technical skills so I maybe wasn’t so up to date.” Instead, she focused on combining her skills and being the interface person; “I looked for a project management or business analyst role.”  She didn’t use ADEM services, because she wanted a job in English and was having luck on her own.

When I asked about her experience to get a work permit, Noha explained that “my husband has a French passport, so due to him, I was able to get one as well. So, I’m able to work in the EU.”

Unveiling the challenges of being the foreigner

For Noha, her biggest concern wasn’t so much the work permit or technical expertise: Rather, it was the headscarf she wore. “I was wearing a veil and was concerned about that and I wanted an English-speaking job” in a multinational company. She’d always worn the veil – it’s a part of her heritage – but living in Luxembourg prompted her to re-think this practice.

When she started at her job in January 2015, “I started with my veil, but quit wearing it because I tired of looking different. Even though nobody bothered me, I wanted to blend in more.”  She never felt discrimination, and her workplace is really multinational and very diverse and open.  She wore only a small scarf, then finally “I quit wearing it in November 2016.”  She feels that Luxembourg is very open and accepting, so that wasn’t the reason. Rather, she wanted to be more mainstream and follow the local customs of the place she’s now calling home.

Optimistic future for the family

Noha wants to continue her integration into Luxembourg, starting with Luxembourgish. “My kids are in Luxembourgish school, so I should learn that to understand them!” Luckily, she speaks some French and can converse with other parents. At work, “I can understand the side conversations which are in French, which is helpful,” she commented, noting that many of the colleagues are French or Belgian nationals.

Otherwise, the concerns are like any other person: work-life balance, and managing the family household. “I wonder about the taxes and Garderie costs. It costs a lot and we wouldn’t have those expenses if I weren’t working.  Is it worth not seeing my kids? But, if I didn’t like what I’m doing, I’d quit.”

She’s happy her children are learning languages and wants them to learn French to match their French passports. “I wanted them to be at least fluent in one language alongside Arabic. My kids don’t have English or French, which I’d like them to have for the future.”  But she knows that they’ll learn the languages in school in the Luxembourgish system.

In sum, Noha and her husband have found their rhythm and are very content in their jobs and in their Luxembourg life. “We like it here very much, it’s a great location, and the nature is lovely. The diversity is great.” It’s a great place for her family to be who they are, integrate, and be a part of the multi-faceted fabric of the Grand Duchy.

Career Chats is a new feature at RTL Today focusing on careers and the labour market for expats. In this bi-weekly column, Amy Amann explores and discovers stories of what it is like for the expats here: finding a job, hiring, managing, and integrating into the professional landscape.