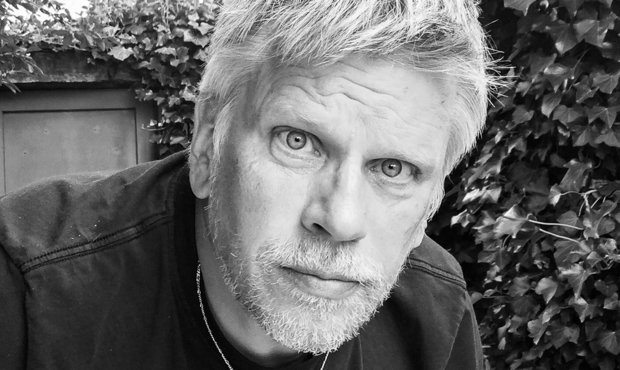 One word to describe Patrik Österblad is energetic. This Swede, who’s been working in Luxembourg the past 24 years and is at home here, is also looking for a job.

He doesn’t want to give up. He knows he still has much to give. However, he’s finding the road to re-entry has many stones on the way, but he’s putting his energy to use to improve the situation.

“I’ve been a banker for 35 years but I lost my job four years ago. I found a new job in Treasury, but unfortunately, they decided to close down the office 18 months ago.” Patrik started the job search right away, tapping into leads and activating his network.

Thing is, he’s 56, and it’s tough. Even ADEM considers workers over 45 as a “fragile population”. The road looks like it might have some hills ahead.

When I asked about the challenges he’s facing, the first is the long list of requirements.  “The ads read like a wish list not even Santa Claus can fill,” Patrik noted. He noticed that the seemingly endless list of needs often includes a Diploma, which for a banking professional, can in reality, mean being less qualified than an experienced person. “I can describe deep, relevant experience, but someone with theoretical experience from a one-week course is believed to be more qualified.”

Patrik belongs to the growing pool of candidates who believe that 50+ doesn’t mean “you’re a dinosaur only capable of doing things ‘the way it’s always been done’.” He believes age and experience give the candidate a whole new quality that can generate valuable solutions for the company.

“Being told that I am overqualified, or telling me that I’d be bored, is the most frustrating excuse. I’ll decide that,” noting these commonly-used phrases. His wish is for willingness of the recruiters to actually get to know the candidate and refrain from making preconceptions about the aspirations or make assumptions about motives.

What do companies want?

Patrik’s also trying to understand the perspective of companies. While this isn’t unique to Luxembourg, with a high growth rate and businesses looking to grow and remain competitive, he thinks companies would want innovative people with ideas, the courage to express them and ability to implement them.

“For me, coming from Sweden, I am amazed about the hierarchies. In a Swedish company you are generally encouraged to come up with solutions and ideas for change.” Instead, he’s surprised at the attitude of the recruiters and managers who are concerned that a younger manager would see him as a threat.

He’s hoping to find a company with a robust culture that promotes input from the colleagues, to be “given the permission to be creative or to suggest changes,” he added optimistically.

When I asked Patrik about his outlook, he recapped, “being 56 years old seems to disqualify me. I am of course aware of that I’m not a perfect fit to every job. I thought that experience would mean something when you apply for a job. It sure does, but not in the way I thought.”

He’d like to see more direct support from ADEM. “It’s their slogan to facilitate employment. Of course, there are some financial incentives for companies to employ us, but that’s it.”  With the increase of over-45’s unemployed, it could make sense to provide more support to the candidate directly, without waiting for the company to reach out first.

Recently, he managed to land an interview in a creative manner. “When sitting down with the hiring manager, he was a bit flabbergasted of all the things I had been involved in outside the description as a Private Banker. We will meet again."  This goes to show that it can pay to be persistent, find new ways to reach people, and break “out of the box” about recruiting and hiring. Some people think "once a Private Banker always, and only, a Private banker,” Patrik concluded, full well knowing that he is capable of much more.

Patrik's plan B is to work as a photographer, which has been his hobby for 50 years. However, due to Luxembourg rules, he’s not allowed to open his own business “because it comes down to the Diploma again. I don’t have a Master degree.”  In the meantime, Patrik is photographing interesting places and events around Luxembourg. It keeps him grounded and provides joy to himself and others. He’s staying positive he’ll match up with a forward-thinking company and that he can get back on track professionally, despite the number on the paper. Hats off to you, Patrik!

Career Chats is a new feature at RTL Today focusing on careers and the labour market for expats. In this bi-weekly column, Amy Amann explores and discovers stories of what it is like for the expats here: finding a job, hiring, managing, and integrating into the professional landscape.