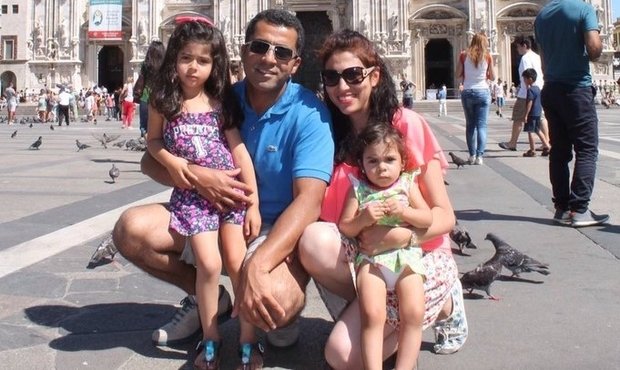 Yasmin Embabi prepared for her dream job as a doctor, completing medicine at the University of Cairo in 2010 with top marks and a first general practitioner residency under her belt.

The next year was eventful: privately with a marriage and politically with a revolution. When her husband got an attractive offer for a job with a promotion, the choice was easy.

While her husband moved to Luxembourg, Yasmin stayed behind with family to have her first baby, which came along in 2012. “We start young,” she laughed.

Maybe it was post-partum, or the lack of sun, or being away from home, but Yasmin found the first year or so in Luxembourg depressing. No friends, a young baby, a working husband, and being alone a lot was a bad recipe for this young, vivacious and driven woman.  “It was really tough for me. I started taking French, because I needed it to integrate and get a job,” she explained. She knew that she needed the language to get a job, confident that someone with her skills was needed. So far, she’s reached B2 level after taking courses and practicing with sympathetic neighbors.

While her husband was doing well at work and getting promotions, Yasmin was hitting roadblocks and barriers. Hearing that Luxembourg faces a shortage of doctors she anticipated being a part of the solution, and tried to get her medical education recognised. She went first to the Ministry of health. Bad news: they told her that she needed to re-start her studies in Germany or France. Not giving up, she persisted, and they suggested she go to Luxembourg's doctors and dentists association (AMMD) to get their advice. Documents in hand, she tried her luck there. However, they only referred her to yet another institute in Arlon. She made the trip out there, only to again get no conclusive answer, and even be referred back to AMMD Luxembourg!

Meanwhile, she met another foreigner who had done her studies in UK and was allowed to practice here. Inspired, she inquired around and found a suitable program based out of UK. Armed with this new insight, she went back to the Ministry to inquire how they would recognise the UK degree. But, they weren’t willing or able to commit to the certification and instead suggested that she finish the degree first, then come back to see if they would accept it.

Yasmin was shattered. She’d done her research, went to the relevant authorities, made all these trips, and still had nothing to show for it. She felt really down. “I wanted to be useful, but I felt like they didn’t want me. They didn’t even know what their own requirements are. They basically told me, ‘you have no chance’. Nobody was even able to tell me what I need to do to be able to work here.”

Dejected, she felt the only useful thing she could do was have a baby. She had her second child in 2015 and spent her time being at home.

Now that her kids are in creche, Yasmin has continued her studies, on her own. She spends hours in cafés reading the medical journals, watching videos, and preparing for the three exams. “I failed the first one. It was horrible and I knew I would fail,” she admitted. She told herself “stay calm, try again”, and six months later, she passed the first exam with a great score.  And then she passed the second exam.

The third exam consists of a clinical test where she will examine patients. Getting practical experience is nearly impossible in Luxembourg, because without the recognition of her first degree, she’s not allowed in clinics. “Not even as an unpaid volunteer,” she noted. “I’m going to go back to Egypt for a couple months to do an internship and get the practical experience.”

She plans to take the exam this Autumn, even though it’s not sure if Luxembourg will recognise any of her studies. “I’m not giving up. I’ve passed the first two exams, and I’m motivated to finish this degree. It’s good for the UK and in Egypt, so at least that’s something”.

Yasmin is grateful that her husband is so supportive. “He’s invested a lot in my education, the exams, and the flights.  He’s supported me, and I don’t want to disappoint him,” she commented, knowing that their collective success and satisfaction is shared. “We’ve started to take Luxembourgish and want our children to be settled in the schools. We want to contribute to society and be productive. That’s who we are.”

She’s still trying to find an answer about getting her education recognised, getting the necessary practical experience, and finding the best way to pursue her dream of being a doctor. She doesn’t think that starting her studies over at the age of 32 is the best use of anyone’s time. But, she’s positive things she will find a way to work, and things will turn out ok.

“I’m motivated to do this. I’m not the kind of person who can stay at home. I think I can be a great resource to a clinic, and I want to work.”

Career Chats is a new feature at RTL Today focusing on careers and the labour market for expats. In this bi-weekly column, Amy Amann will explore and discover stories of what it is like for the expats here: finding a job, hiring, managing, and integrating into the professional landscape.