Fernand Thill is the president of the Crazy Crew M.C. (Motorcycle Club), a group of rough and ready bikers who charge up and down the country on their modified Harleys. They live in a man’s world where drinking and partying are part of daily life and where love for the machine binds them forever. “The president” follows Fernand day-to-day and gives us an insight into a world of men, machines and rock ‘n’ roll. 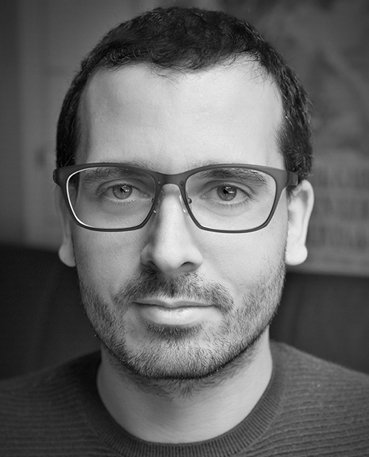 Eric Lamhène (born in 1983) completed his studies at the London Film School in 2010. Since then, he’s made four short films in Luxembourgish: “Lauschter” (2010), “Flou” (2012), “Gëff Eens” (2013) a “Serena” (2014). He co-wrote the RTL-Sitcom “Comeback” and also directed four episodes. He also co-wrote the feature film “Mammejong” with its director, Jacques Molitor. He directed two episodes of the first series “routwäissgro” (“In a different country” and “A strong team”).