35 year-old Jean-Benoît lives and works in a country where he hardly knows the language - Luxembourg. He came for love, but his relationship has long since disintegrated. Now J-B is looking for a new person he can share his life with. This quest is made harder by the fact that he’s been HIV-positive for 11 years. Apart from forcing J-B to stick to a strict regime of medication, the virus is more harmful to him through the stigma that he carries day in, day out, than by any real risk of disease.

In fact, J-B has become ‘undetectable’, which means that the virus is under control and that he can no longer infect his partners. Through his engagement in HIV prevention, J-B has found a way of sharing his experiences with other people.  Foreign Bodies is the story of a man who refuses to be dominated by fear. 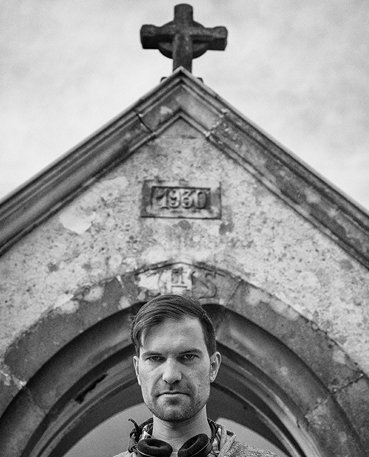 Born in 1980, Jacques Molitor graduates from the ‘Institut des Arts de Diffusion’ (Belgium) in 2005. His short film En compagnie de la poussière is selected for the prestigious Locarno Film Festival in 2008. Since then, Jacques has directed a second short film (Bonobo), a documentary for the cinema (Sweetheart Come) as well as the feature film Mammejong – all of which are about destructive relationships. Jacques has also worked independently for RTL (Zinemag) and he has directed a series of video clips and dance videos. Together with Govinda Van Maele and under the name of ‘Cinélunatique’, he has also organised a number of grindhouse and trash films at the Luxembourg Cinémathèque.