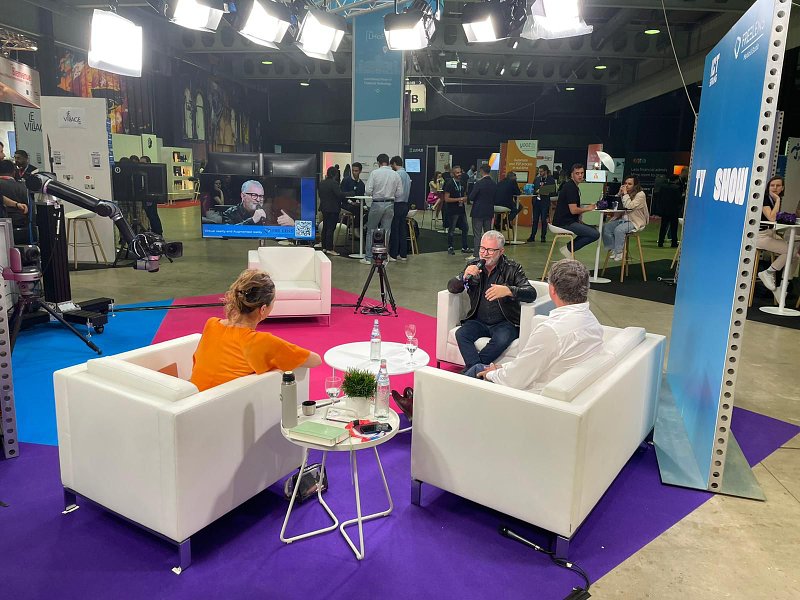 Following on from ICT Spring here are some more interviews I had the opportunity to undertake on a whole range of diverse conversations from the metaverse to embedded finance, solopreneurs to the SnT department of the University of Luxembourg.

Mike Butcher MBE is Editor-at-large of TechCrunch, and co-founder of ThePathfounder.com magazine and its editorial events. Mike has been named one of the most influential journalists in European technology by Wired and The Daily Telegraph. He co-founded The Europas Awards for European startups, the non-profits TechVets and Techfugees, the co-working network TechHub. He is a regular tech commentator on the BBC, Sky News, CNN, CNBC and Aljazeera and has been a judge on The Apprentice UK. GQ magazine named him one of the 100 Most Connected Men in the UK and he’s a “Maserati 100 innovator”. He has advised the UK government on tech startup policy and awarded an MBE in the Queen’s Birthday Honours.

Prior to joining Soldo in 2015, he played a key role in establishing Postilion for S1 Corporation as a global retail payments solution and taking Alaric to the point of acquisition by NCR.

Having studied Computer Engineering and Artificial Intelligence, Steve’s formative years were spent in the pioneering days of payments technology, writing code and implementing solutions at companies like Logica and American Express. Today, these early payment architectures and protocols form the bedrock of worldwide payments infrastructures.

Steve believes payments is one of the most vital ingredients of a functional society and that by helping businesses in particular, Fintech companies like Soldo can be a powerful force for good.

At Soldo, Steve is responsible for the technology that connects Soldo’s spend management product to external payment providers and ecosystems, focussing on adding new strategic payment solutions to enable local and regional growth.

Entrepreneur, e-commerce pioneer, expert in digital transformation and Future of Work, Catherine Barba is one of the most active female business angels in France and committed to the promotion of diversity for years.

After creating and selling several e-commerce companies, she’s about to launch her 4th venture, an educational program for freelancers and solopreneurs.

Catherine Barba serves on the board of directors of Renault Group, Etam Group and the French American Chamber of Commerce.

Catherine graduated from the ESCP Business School, ranked among the best business schools in Europe.

Carlo Duprel holds a PhD in Physics, from RWTH Aachen (Germany). He comes most recently from Deloitte Luxembourg where he served as Director in the Advisory & Consulting Group. He held several functions from this position, such as leading the innovation initiative at Deloitte, the FinTech activity and managing the BOOST programme providing professional services to startups. Furthermore, he led the Policy team specialized on providing policy advice to European institutions, agencies and bodies, as well as the Luxembourg Government. Before joining Deloitte, he worked for more than 10 years for the National Research Fund in Luxembourg where he was responsible for Programme Development and International Relations. Carlo will head the TTO in SnT.

As always please do get in touch. Let me know your thoughts on our topics. If you subscribe and review my podcast it will really help us to be found in the metaverse of audio chatshows!

I love to hear your feedback. You can get in touch on social media and please do subscribe, rate and review my podcast on Apple, and  Spotify