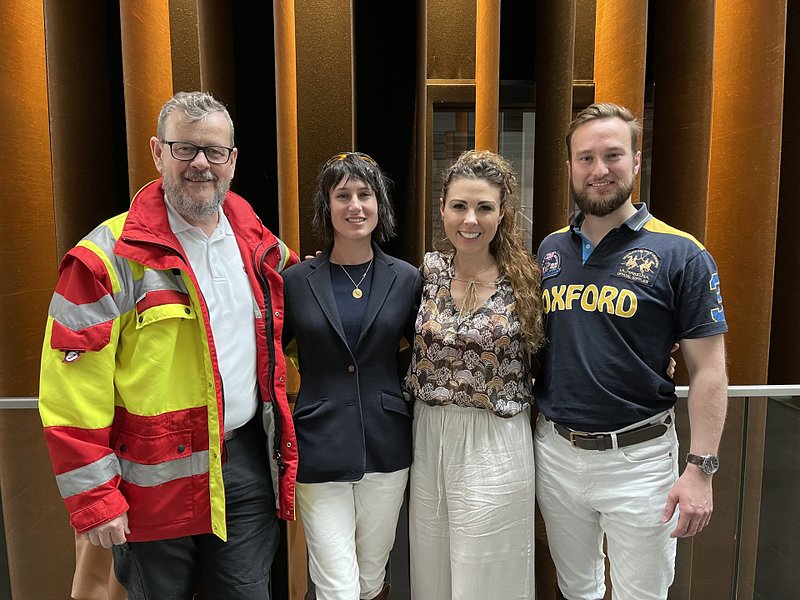 The Order of Malta Luxembourg is starting a series of fundraising activities, starting with the Roude Leiw Polo Club, to raise money for a homeless shelter.

The Order of Malta Luxembourg & the Roude Leiw Polo Club

Whichever ranking, rating or survey you look at, Luxembourg will sit high in the charts, in terms of GDP, wealth, low unemployment and a good social security network to help those in need.

And yet, there is an evident homeless issue.  To address this, the Order of Malta Luxembourg, a Catholic organisation dating back over 900 years, aims to build a homeless shelter to give the homeless a place to stay, food, conversation, and medical care. For this, they need to raise €100,000.

The first step, in a series of fundraisers, will be an upcoming event with the Roude Leiw Polo Club, open to all to enjoy the Polo, horses, food and drink. The event will take place weekend of 11 / 12 June with a charity dinner on the Saturday night plus a tombola with some wonderful prizes to be had.

In this conversation, I talk to Jessy Morbé, President of the Order of Malta Luxembourg, Wilhelmina Von Blumenthal, a superb polo player who represented Oxford University during her time as a student there, plus the University of Luxembourg, and Alexander Gebhard who is a newcomer to both horse riding and polo simultaneously, and is already Vice-President of the Board of the Roude Léiw Polo Club A.s.b.l.

One might assume that polo is an elite sport, but Wilhelmina (Billie) makes it clear that their club, based in Merl, is open to family and friends and is a place to have fun whilst enjoying the horses and the sport. 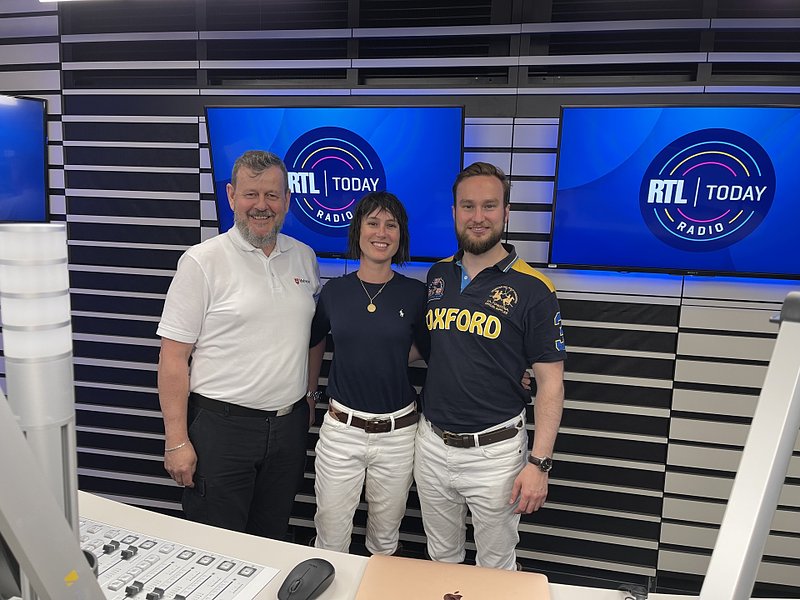 Wilhelmina von Blumenthal is a graduate in Modern Languages from Oxford with a Masters in Art History, and now works for the Gallery Nosbaum Reding here in Luxembourg. Wilhelmina has been riding all her life, show jumping for many years, but discovered polo in 2011 on her gap year. She played for Oxford University throughout her studies, and for the University of London during her Masters. Wilhelmina has been a volunteer with the Order of Malta for the last three 3 years and is about to become a full member.

Jessy Morbé is President of the Order of Malta Luxembourg. He works as a technical engineer for the Institut superieure de technologie Luxembourg. Additionally, he is a volunteer with the St John’s Ambulance and runs breakfasts for the homeless around the country throughout the week.

Alexander Gebhard studied modern and medieval languages at the University of Cambridge, followed by a Masters in European Politics and Society at Oxford, another Masters in Vocal Performance and Opera at the Royal Academy of Mucic, and is currently doing a 'part-time' PhD at Cambridge whilst also working at the foreign office.  He started riding and polo last year.

I love to hear your feedback. You can get in touch on social media and please do subscribe, rate and review my podcast!.