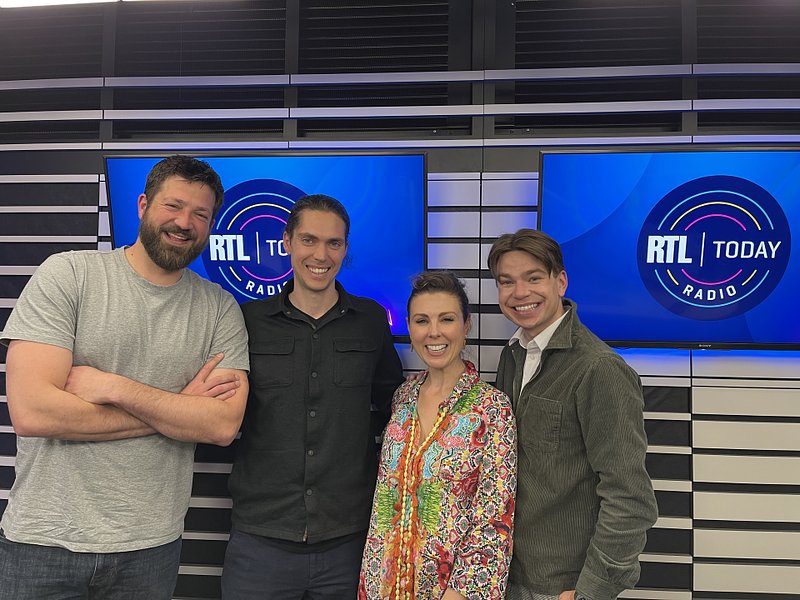 We don't have a future without it. So say these talented entrepreneurs who are doing something about it.

My guests this week are Filip Westerlund who developed Our Choice, Antoine Welter and Xavier Kohll who founded Circu Li-ion.

Whilst studying for his masters in psychology at the University of Luxembourg, Filip Westerlund started his company, Our Choice. The idea was borne on the shores of western Sweden, cleaning up plastics on the beach.

Filip naturally has high energy but preserves his entrepreneurial panache with the basic rules of eating well, sleep and doing something completely different to avoid burn-out. He also practices acceptance and tries to focus on the goal, the action.

25 billion sneakers are produced every year, and 90% of these end up in landfills. On average, trainers are used for 3 - 12 months and then disposed. Filip believes in longer use period, then repair and recycle.

Filip is also integral in growing the fashion community here in Luxembourg, growing together and not competitively.

Filip has won numerous awards including those by the Ministry of Economy in Luxembourg, and he was dubbed 'the most influential circular economy Entrepreneur and Pioneer on the continent of Europe'!

Our Choice launched "The world’s first circular sneakers” on Kickstarter in 2021 raising over $10,000 within a week.

The product range now also sells circular cardholders made from upcycled fish skin and soon  to come are circular sunglasses.

The company is now planning for a pivot as Filip and his team are building a marketplace for verified circular products to unite the full supply chain and establish new market standards in fashion.

Antoine first came across Xavier on LinkedIn. Immediately there was a spark of mutual respect and values. Their first shared brainstorming google doc, formed after a stroll in the woods, was 'Bring Entrepreneurship back to Luxembourg', at a time when neither was living in Luxembourg. However, Xavier wanted to return and Antoine wanted to work with Xavier. They wanted to build a business with purpose and mission.

Their idea focusses on high density lithium batteries, a key technology which we will increasingly need we need to become a green economy in the future. It's green but could be a lot greener. Currently when batteries are 'recycled' they are burned. Their aim is to maximise the lifetime of Li-ion batteries, and the growth rate is huge.

Antoine is the CEO of Circu Li-ion and carries the American 'can do' attitude having spent part of his youth there. His masters in Finance and Marketing has been put to good use in the 15+ ventures he has been involved with.

Xavier is the CTO, whose PhD in Chemical engineering is from ETH Zürich. He's leading the development of the automated battery disassembly system, and looking for highly skilled engineers in various fields. "It's challenging and therefore super interesting", says Xavier,

Antoine takes on the mantle of business brain. He is well connected across Europe and complimentary of the help available from the Luxembourg government. Even so, he believes the government could help rather easily with more traction.

Some entrepreneurial advice from the pair:

And as a consumer, be a thoughtful user.

Subscribe and review on Apple, Spotify,RTL Play or here: