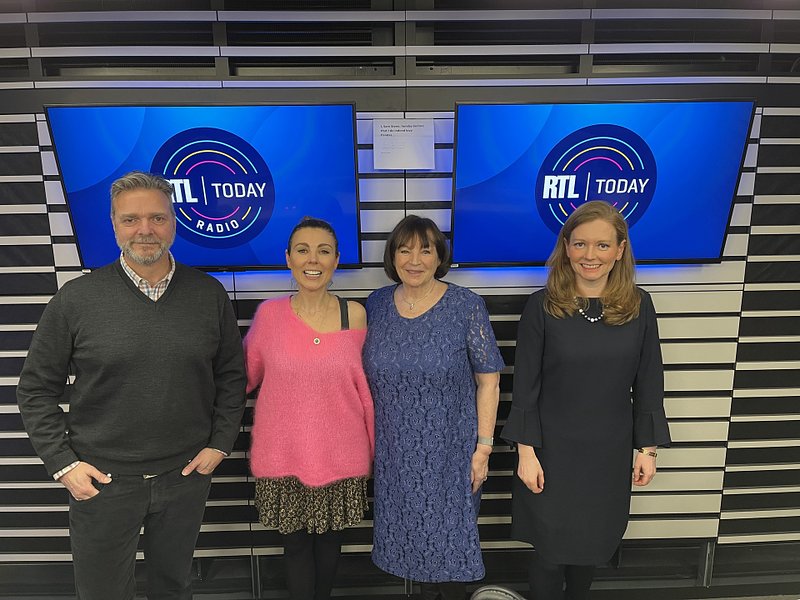 Do you have new-born baby items you can donate to help Ukrainian refugees? Plus, we celebrate 75 years of the British Luxembourg Society.

As we sit listening to Gosia Kramer, CEO of The Office, talk about her background studies in Post-Soviet Transformations, and thus her want to work to help the Ukrainian refugees, plus those in Ukraine, there is a sad circularity of war. Jacqui Spence was a young child in World War II.  Now she is on the board of the British Luxembourg Society and recounts her memories of being bombed in London. 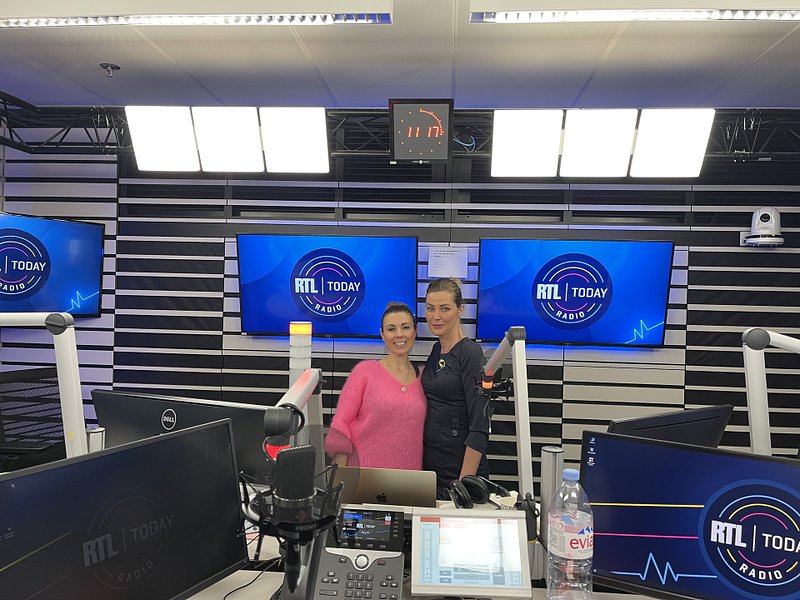 The irony is that the British Luxembourg Society was "born out of the ashes" of WWII and as they celebrate their 75th year, another war is on our doorstep.  President Louise Benjamin and secretary Darren Robinson tell us what they have planned throughout the year.

Gosia Kramer is mostly known to us as the beautiful and talented Polish entrepreneur that she is. What is less well-known is that her studies at the University of Poznan in Poland targeted studies on Post-Soviet transformations.

Gosia studied in the Ukraine, Uzbekistan, Kazakhstan, Kyrgyzstan, Georgia and Finland carrying out the Polish government’s mission to monitor these countries on their path to political and economic transformation. She also worked with UN researchers and missions from Belgium on precisely the same topic.

In Luxembourg, before becoming an entrepreneur, Gosia was an account manager to the Central Bank of Russia and witnessed how they prepared for current military operations/wars, managing all of their US and EU portfolios

In the last few weeks, Gosia, a well-known member of the Polish community, has been working very hard with her team and other volunteers to collect many items for the Ukrainian refugees.

If you have newborn baby items to donate, Gosia is collecting them to send on Tuesday 22 March. You can drop them off at The Office.

My three guests Louise Benjamin, the President of the British Luxembourg Society, Darren Robinson, its secretary, and Jacqui Spence, talk about the 75th Anniversary Year and what's on offer throughout the year.

Louise Benjamin is British and Luxembourgish, originally from Guernsey, in the Channel Islands, and has lived in Luxembourg since 2002.

Louise is on the boards of STEP BeNeLux, which shares legal and other best practices across the region, and Life Project 4 Youth (LP4Y), an NGO providing practical education to young adults who are victims of extreme poverty.

Darren Robinson is British and has lived and worked in England and Australia, and has permanently resided in Luxembourg since 2006.

He is a Founding Partner of Anderson Wise, an independent Recruitment & Executive Search firm founded in Luxembourg.

Darren has been a Council member of the British Chamber of Commerce for Luxembourg since 2008, and has been recently been elected for his 3rd term on the Council for the British-Luxembourg Society and currently holds the position of Secretary.

Jacqui Spence was born in London during the war, and then emigrated to Johannesburg, South Africa just after the war. During her years there she saw the pillars of apartheid laid down around her, despite the efforts of many students, and others, to oppose this. Jacqui returned to London after graduation, worked in survey research, married and moved to Luxembourg as her husband joined the European Parliament, and Jacqui worked for the European Commission. In 2000 Jacqui became the National Director for The Royal Academy of Dance representing Benelux, France and Monaco.

She served on the National Council for Foreigners, headed their committee for women, and worked to get the government to recognise dual nationality in 2009.

You can listen to the show on the RTL Today Radio player - right here!

My show will be available every Saturday at 11am, repeated on Sunday at noon, and also available as a podcast on Apple, Spotify - wherever you reach them. Send me feedback and get in touch!

Please do subscribe to the podcast if you’re a podcast listener as it really helps the podcast to be found amidst the plethora of others out there, and it puts little Luxembourg on the podcast map. Apparently rating the podcast also very much helps and would be very appreciated.