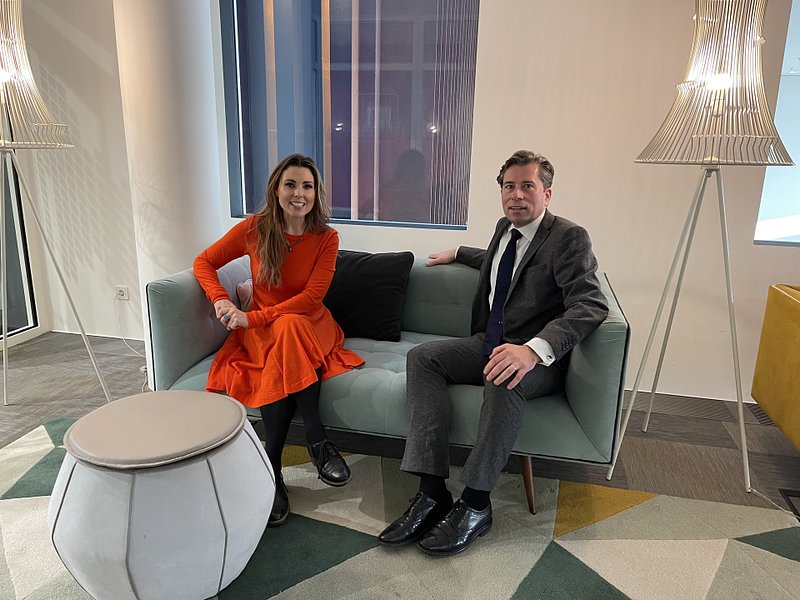 Are we living in a 'driverless world'? I talk to Tom Fletcher, CMG, about his latest book, "Ten Survival Skills for a World in Flux". And Guy Daleiden talks about the VR section of the Luxembourg City Film Festival.

Let me introduce you to my guests this week:

Tom Fletcher has led a life so full of diverse and exceptional postings that it's hard to know what to mention first. So let me just fall backwards with a few of its highlights. Currently, Tom is Principal of Hertford College at the University of Oxford, a post he’s held since September 2020. He started career life in the Foreign Office, becoming foreign policy adviser to three UK Prime Ministers from 2007-11, and the UK's Ambassador to Lebanon from 2011 - 15.

Fletcher then pivoted towards education, becoming a Visiting Professor at New York University whilst living in Abu Dhabi. During this period, he authored a report on the skills the next generation need to thrive in the 21st century. And in 2018 Tom founded ‘The Foundation for Opportunity’.

His books include 'The Naked Diplomat: Power and Politics in the Digital Age', published in 2016, and this year has a wonderful book entitled 'Ten Survival Skills for a World in Flux'

My next guest is Guy Daleiden, CEO of Film Fund Luxembourg. The Film Fund, an official Government organisation, is in charge of promoting, developing and financing the country’s film industry.
It’s also one of the main partners of the Luxembourg City Film Festival and in charge of the VR (virtual reality) Pavilion that runs at Neimënster until March 13.

You can listen to the show on the RTL Today Radio player - right here!

My show will be available every Saturday at 11am, repeated on Sunday at noon, and also available as a podcast on Apple, Spotify - wherever you reach them. Send me feedback! Get in touch! I’m on all the socials, as Sam Steen would say.