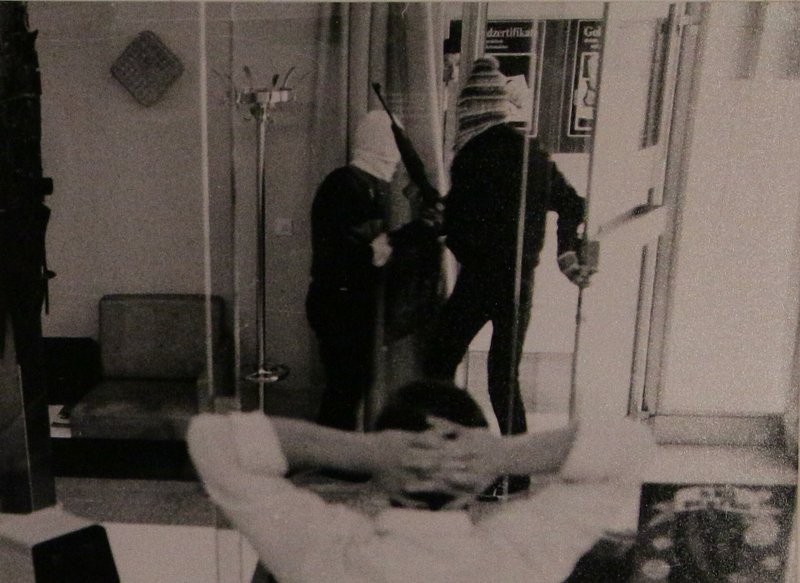 Between 1983-1985, the Waldbëlleger Band robbed 22 petrol stations, banks and jewellery stores across Luxembourg. But they were also cold-blooded murderers.

If you’re a follower of our DNA series and you’ve listened to our last episode on the Bommeleeer Affair, you may recall that the 80s were not exactly Luxembourg’s best time in terms of policing and public security. The police force was really underfunded and morale was low, and criminals were always one step ahead of law enforcement.

The Waldbëlleger Band, which got its name from the village of Waldbëlleg where one of the gang's members lived, was one of the most brutal gangs in the Grand Duchy's history. They orchestrated their robberies with simultaneous precision as well as flexibility, throwing police investigators off track constantly with little tricks.

They were in possession of serious firearms, ironically of even better quality than the national police force, which they stole from a chatty prison guard who boasted about his private arms collection. The gang was constantly in and out of prison, but it was here that they studied books and learned how to become the best possible criminals.

But they were also killers. The gang had too many chatty accomplices, and they were heard boasting about their heists. This led to the killing of several members by the gang - remains of their burned bodies could only be located one year later. There were rumours they had even dissolved them in acid.

After a successful two-year period without being caught, all goes south during the gang's last big heist. The target was an ambitious one: the Central Bank of Luxembourg on Boulevard Royal in Luxembourg City. In fact, the target was so ambitious that nobody expected them to actually come there. Imagine the centre of Luxembourg City, a relatively big building, many customers and staff, most likely dense traffic on the boulevard outside...No, it couldn’t possibly happen.

Well, at 4pm on a Wednesday afternoon they rammed through the front doors with their shotguns. CCTV captured their entry. They took as much money as they could possibly carry, and ended up in a gunfight outside the bank. One of members, Carlo Fett, shot a police officer, the first officer in the country's history to die in service. Gunfire could be heard throughout the Gare district.

A wild pursuit followed, involving numerous vehicles. The gang raced down Clausen and up towards Findel, where they captured two hostages and managed to flee in a police vehicle. The hostages were dropped out of the car near Moutfort, but thanks to an unknowing farmer driving his tractor down the village, the gang crashed head-on into the vehicle and were forced to a standstill. But the escape attempt continued...

For this original episode of DNA, Dan Wiroth of RTL sat down with members of the gang for an exclusive interview over a decade ago. The stories are truly mind boggling. We can already tease you by saying that Dan will be a special guest in next week's episode.

Outside the Central Bank of Luxembourg where officer Conrardy is shot. / © DNA
Cash money inside the vault / © DNA
The four gang members. / © DNA
Bullet rounds found inside the bank. / © DNA
Inside the bank shortly after the robbery. / © DNA
Bullet rounds in escape vehicle. / © DNA
Escape vehicle comes to a standstill near Findel airport. Hostages are taken. / © DNA
The bend that led to the ultimate crash... / © DNA
...all thanks to this tractor. / © DNA
The gang continued their escape in this police vehicle, which crashed into the tractor.
Guns found hidden in the forest. / © DNA
Items left behind in the escape vehicle to distract police. / © DNA
The photos published on this site are subject to copyright and may not be copied, modified, or sold without the prior permission of the owner of the site in question.