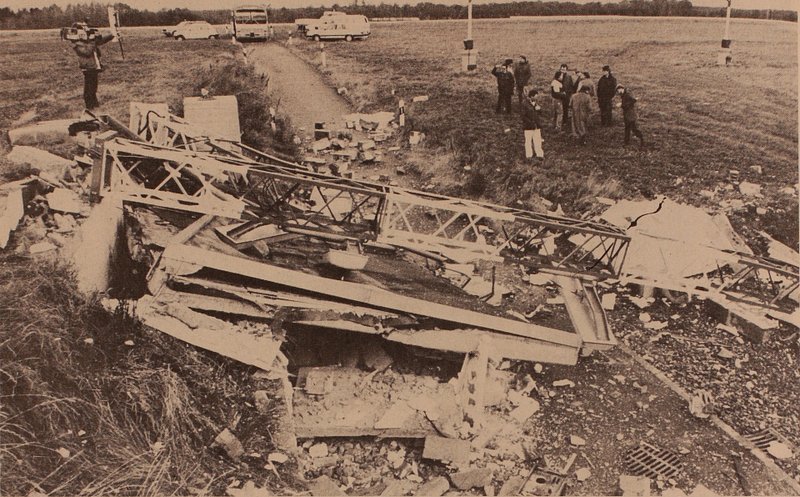 The Bomber's Affair - who orchestrated the 20 bombings in the 1980s that shattered any feelings of safety and security in the Grand Duchy, and made its police force look totally unprepared?

The Bomber's Affair is the biggest unsolved case in the Grand Duchy. With so many allegations of involvement, including politicians, secret service, police officers, the justice department and even the royal family, the investigation has become an endless back and forth journey in and out of the courtroom. As it stands, we are awaiting the second part of the trial.

If you want to get an overview of the attacks, listen to part 1 of this two-part series.

In this second episode, Josh covers some of the main points of the investigation. What was some of the evidence that pointed towards the attacks having been orchestrated by the secret service? Why did the attack seem like it could only have occurred with the help of an insider?

Then comes the theory of the Stay Behind network. During the cold war, NATO, the CIA and British Secret Intelligence Service helped create clandestine stay-behind networks in many European countries, composed of secret operatives that would be placed undercover behind enemy lines in the event that a country would be attacked by Russia.

These operatives were run by national intelligence services and could be activated at a moment’s notice, specialised in spreading disinformation and political provocation. They would also be able to blow up infrastructure should they be required. These Stay Behind agents indeed existed in Luxembourg, as Prime Minister Jaques Santer publicly acknowledged in the 1990s. Roughly 12 agents were present in Luxembourg between the 1950s and 1990s.

Could the royal family have played a key role in the bombings, or is this just a conspiracy theory? One man claimed to have seen two people near the explosion site at Findel airport - one of them was Prince Jean, he said.

State prosecutor Robert Biever / © DNA
The Brigade Mobile, with chief Ben Geiben on the left. Jos Wilmes is the third from the left, and Marc Scheer the second from the right. / © DNA
Evidence of the attacks / © DNA
The bomb that exploded at the notary office. / © DNA
The photos published on this site are subject to copyright and may not be copied, modified, or sold without the prior permission of the owner of the site in question.