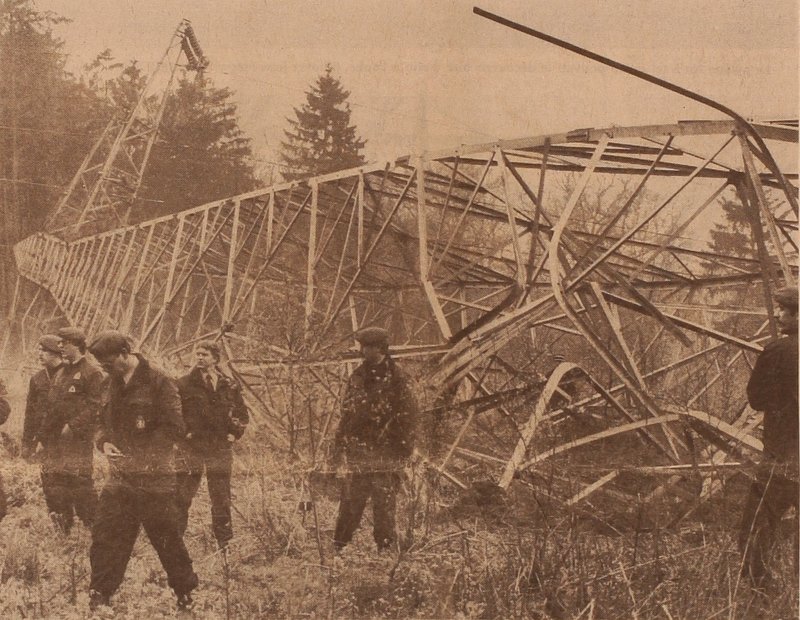 Between 1984 and 1986, 20 bombs exploded across Luxembourg - from blown up electricity pylons to explosions at gendarmerie offices to airport radar equipment and the roof of the Coque swimming pool. No one was killed, but the material damage was tremendous.

The criminal individual or group of criminals (their composition was never clear) became known as the Bommeleeër, the "bomb planters", also known as the Bomber's Affair. Arguably the largest criminal chapter in Luxembourg’s history, and since World War II the biggest threat to the capital.

Ransom letters were sent, money was demanded, but never paid. Used in all of these attacks was the Luxembourg-made explosive Luxite. Nearly 500kg of the material was stolen from a factory.

Part 1 of this two-part series reveals the complexity of an investigation spanning several decades, a mystery still unsolved today. Some very uncomfortable accusations and theories came to see the light of day. Involvement of the secret service, and the likelihood of a mole inside the police force were much-discussed theories. Moreover, there was the assumption that Luxembourg's royal family may have been involved. Was this a state secret?

The criminals were always one step ahead. They even attacked the offices of the investigators on the case, whose names had never been shared publicly. A scary time to be involved in this investigation as a politician and police officer.

Let us start by unpacking the events in chronological order and try to connect the dots. Maybe you, our DNA audience, can already spot something in this summary that investigators may have missed along the way?

The glass roof of the Coque swimming pool was shattered (1 October 1985)
Map of explosions around Luxembourg City by 1985. / © DNA
Revue 10 cover - "Waiting for number 12" / © Revue / DNA
Ransom letter sent to Cegedel. / © DNA
Luxite explosives used in attacks. / © DNA
The ad published in Luxemburger Wort confirming the ransom fee would be paid. (10 May 1985) / © DNA
Explosion at justice department (21 October 1985) / © DNA
Traffic controls following attack on Gedarmerie office (28 May 1985) / © Guy Jallay / DNA
Flames reached 22 metres in height in the Hollerich gas pipe explosion (25 June 1985)
The photos published on this site are subject to copyright and may not be copied, modified, or sold without the prior permission of the owner of the site in question.