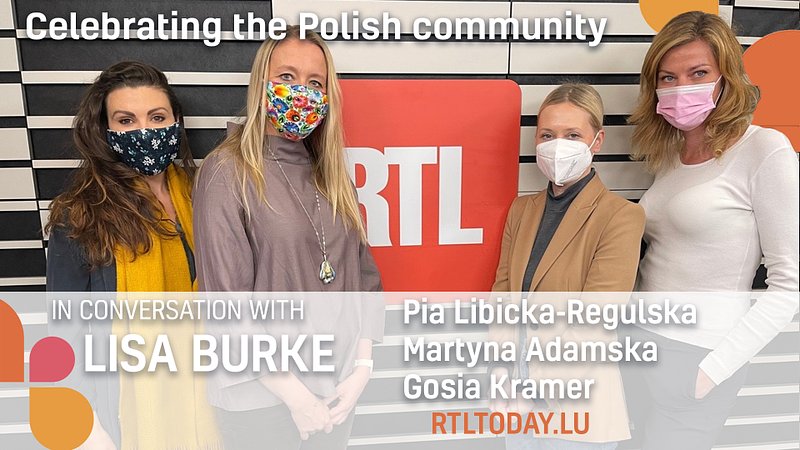 Pia Libicka-Regulska, Martyna Adamska and Gosia Kramer join Lisa to celebrate the centenary of formal relations between Poland and Luxembourg.

It might surprise you to learn that Luxembourg is actually the third-largest direct investor in Poland, with over €24 billion invested in 2019, and commercial exchange exceeded €750 million.

Pia Libicka-Regulska arrived in Luxembourg in 2017, appointed the Polish Consul to the Grand Duchy, combining this function with the Deputy Head of Mission. She has worked for the Polish Ministry of Foreign Affairs since 2007. Previously, Pia was Vice-consul in Lille and Brussels, as well as Consul in Montreal.

Martyna Adamska is an executive coach amongst other roles and has lived in Luxembourg since 2009. In 2016, she initiated a charity project - Power Breakfast - a series of 10 development workshops for Polish women living here. Martyna has been involved in the organization of the CinéEast festival since 2011.

Gosia Kramer is the CEO and founder of The Office - which are blooming across the city - co-working spaces and flexible offices which also host events.