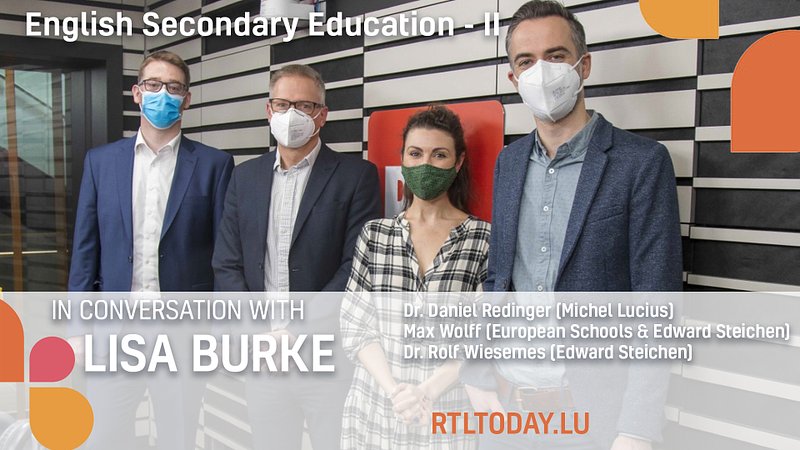 The European Baccalaureate is now offered by more state schools than the two European Schools. What is the EB? We also focus on the more established Lycee Michel Lucius and their path to iGCSEs and 'A' levels.

In this second episode focusing on secondary education choices in Luxembourg, I talk to Dr. Daniel Redinger, who helped to develop the international section (primary and secondary) in Lycee Michel Lucius, alongside his first love of "teaching in a truly international and multilingual school". [If you listen carefully you'll catch a hint of his time spent in Scotland, where he also taught]

Discussing the growing number of state schools offering the European Baccalaureate (EB) we are joined by the expertise of Max Wolff, Inspector for the European Secondary Schools and Deputy Head of the International School Edward Steichen, where he is responsible for the European classes across primary and secondary.

In the next year or so two more will open: one in Luxembourg city and one in Mersch.  This creates a much needed geographical spread of international options to the growing ex-pat community and local Luxembourg families.

Secondary Education in Luxembourg - Part I

If you missed part one of this mini-podcast series on secondary education choices in Luxembourg you can find it here, where I chat to the Heads of ISL, St. George's and the Athenee de Luxembourg.

Secondary Education in Luxembourg- Part I

Please subscribe to my series and leave a review!

Here are some more great podcasts on RTL Today by my colleagues:

The Oatcast
Luxembourg's History Podcast
My Goddam Quest For Happiness