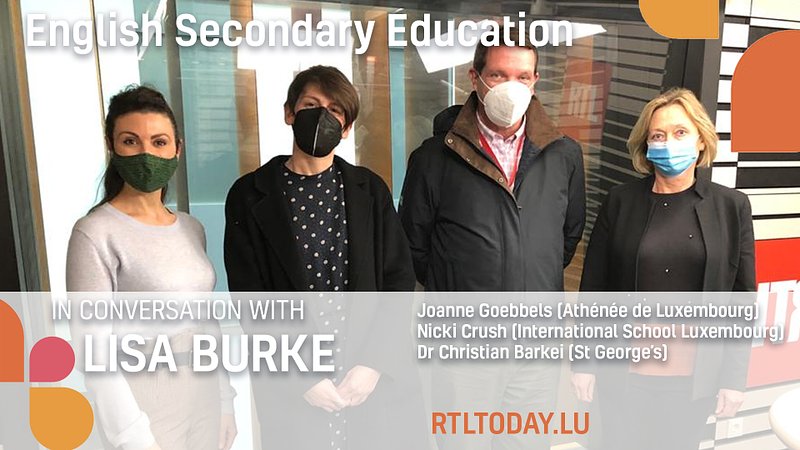 Speaking with the Heads of ISL, St. George's and the Athénée, Lisa explores the difference between 'A' levels and the IB diploma programme, plus the years leading up to that.

Education is always of concern to parents. When we move from country to country, educational choices can become more confusing. Choosing a secondary school with / for your children at the age or 10 or 11 is not easy given the variance in Luxembourg both of school systems and language options.

In this mini podcast series I will talk to the experts to understand what their schools offer in terms of secondary educational choices.

Why start with secondary?
The diploma at the end of secondary education becomes the passport to university, and making the right choice for our children depends on our own understanding of them and the options available to us as parents.

In this first episode we discuss the basic differences in what 'A' levels are compared to the International Baccalaureate Diploma Programm (IB DP) is, and even the differences between the IB offered by ISL and the Athénée de Luxembourg.

My Guests
Joanne Goebbels is the Vice Principle, Head of the IB Diploma Programme and the International Classes at the Athénée de Luxembourg. She is from Luxembourg herself, and studied at the Sorbonne in Paris.

Nicki Crush is in her 26th, and final, year at the International School of Luxembourg, ISL. She became Director in 2015 but has worked at ISL since 1995, starting as a geography teacher. Nicki moved from the UK but taught both in the UK and west Africa before moving to Luxembourg in 1991.

The Principal of St George’s International School, Dr Christian Barkei, has worked in both the grammar school system in the UK and as Principal in two international Schools in Asia (Shanghai and Jakarta) before arriving in Luxembourg in September 2013 as the first Principal of the School. He grew up moving between Australia, the UK and Bavaria and has been part of a globally orientated family ever since. He studied at Durham University in the UK and is married to a New Zealander who also works at St. George's.

Secondary Education in Luxembourg- Part I

Here are some more great podcasts on RTL Today by my colleagues:

The Oatcast
Luxembourg's History Podcast
My Goddam Quest For Happiness