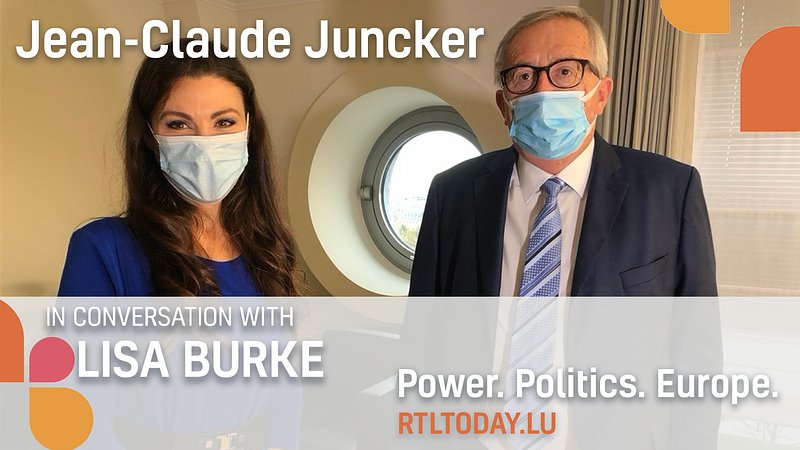 Jean-Claude Juncker's Luxembourg office overlooks the Gelle Fra war memorial and the city's silhouette beyond. Generously, he spoke with me for an hour with the gentle assuredness of a man who has sat at the top of politics for decades.

Jean-Claude Juncker's political path started when he joined Chrëschtlech Sozial Vollekspartei, CSV, in 1974 aged 20. He moved through the roles of Ministry from 1984 to include the Ministries of Labour, Finance and Employment, until he became Prime Minister of Luxembourg in 1995. And there he remained for 18 years until 2013.

More recently, we have known Jean-Claude Juncker as the President of the European Commission, 2014-2019. And from this vantage point, as a Former President and Prime Minister, he can reflect and speak more freely. This is where our conversation begins.

I hope you enjoy the quiet intellect of this political powerhouse, who can sew together the threads of history which ravaged Europe and the changing relationships within the European Union as it expands.

"It has become more brutal and unfair... because personal relations... have gone down in quality."

His father aged just 15, alongside his three brothers, were forced into the German Wehrmacht, the German army, against their will.

"He had no youth because his youth was stolen by the German Reich."

And yet, his father, unlike some men who had endured the same, travelled back to Germany with his family to show the young Juncker places he had been in the war. Pertinently, his father spoke about "the absence of Europe".

And Juncker, as one of the remaining intergenerational politicians who's family were intimately affected by the Second World War, is concerned that "the next generation of policy makers in Europe are running the risk to be blind when it comes to European history....because they had no witnesses who can tell them how things were."

When it comes to the European Union now, he is a realist. Juncker knows better than most the pulls and pushes of different countries' mindsets, and the historical reasons why. He knows that the same European dream is not shared by all Europeans.

"I'm not pessimistic but I'm also not over-optimistic."

Some people feel the European Union should have a stronger voice internationally, but in order for this to be the case they need to be able to decide by qualified majority in the field of foreign policy.

"That's of the essence if the European Union wants to play an international role."

Juncker doesn't want the EU to become a super-power and is acutely aware that Europe is small geographically and increasingly small demographically.

On media, he is a fan of print paper and good radio, particularly German or French.

He is not a fan of social media.

"I was never following this... They have influence but I don't want to be influenced by them... If you are reading this you are not reacting to the real problem."

And our conversation ends with a series of questions from you, our audience.

If you have any thoughts or ideas, you can get in touch with Lisa here.

Please leave a comment and rate the podcast. It helps us to be discovered online.