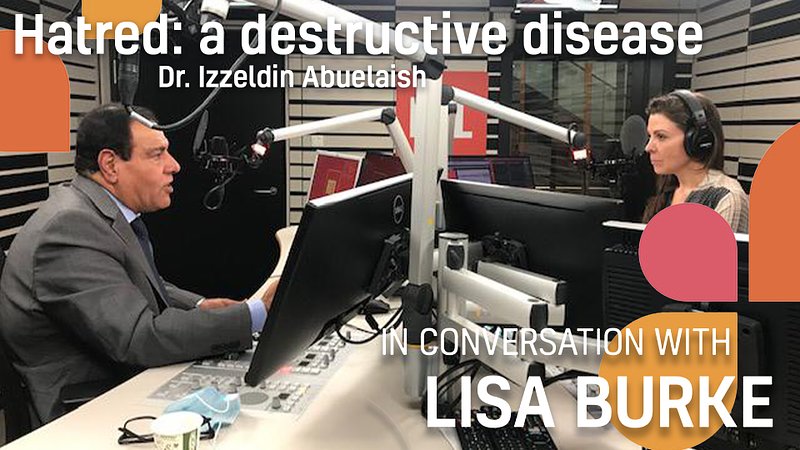 Born in the Jabalia refugee camp in the Gaza Strip, Izzeldin was encouraged by his mother to strive hard through education, to rise above the abject poverty around him. And he succeeded, studying medicine at the University of Cairo, Obstetrics & Gynaecology at the University of London, and a Master of Science in Public Health at Harvard.

Dr. Abuelaish became the first Palestinian doctor to work in an Israeli hospital. But despite his deep medical knowledge, his wife died of acute leukemia, on 16 September 2008, aged just 43. This left him with their 8 children.

Just four months later, on 16 January 2009, during the 2008-9 Gaza War, three of his daughters and one niece were killed. And yet Izzeldin has dedicated his life to using health as a vehicle for peace and has been internationally recognised for his continued work for human rights in the Middle East.

"Health and peace and mutually interconnected."

Dr Abuelaish created the Daughters for Life foundation to promote the health and education opportunities for females in the Middle East.

"The mother is the incubator... Only women can establish a sustainable, just world."

Dr. Abuelaish has written a book entitled "I Shall not Hate" about his life's work. After all he has endured, he believes:

"Hatred is a communicable, contagious, destructive, disease to the one whom is impacted by it."

Dr. Izzeldin Abuelaish was brought to Luxembourg by Paix Juste.

"We Palestinians and Israelis are conjoined twins."