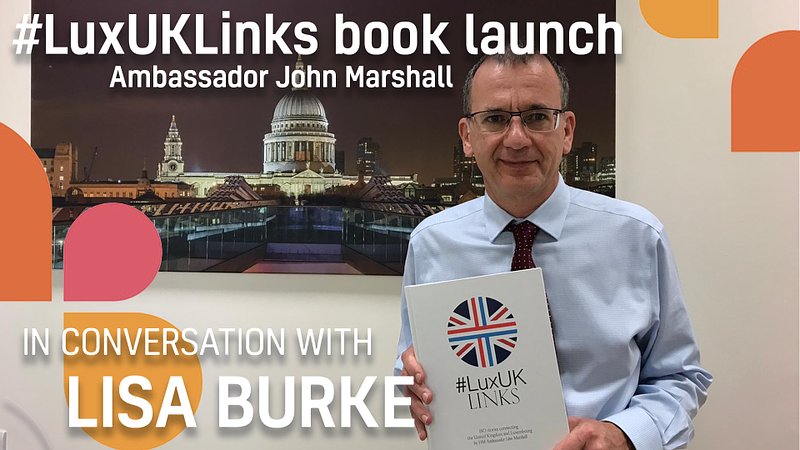 Want to learn more about what links Luxembourg to the UK? John Marshall has dedicated a lot of tenure to collating these stories.

What started as a personal tweeting campaign as Ambassador Marshall discovered links between Luxembourg and the UK, then became a travelling exhibition, a paperback book, and now culminates in 150 links in this hardback version of #LuxUKLinks.

John Marshall is a keen historian and runner. Both of these passions have guided him to exploring the links and collaborations between Luxembourg and the UK, along with the help and ideas from many people along the way, all of whom have been thanked personally by this dedicated Ambassador.

As he approaches the end of his time here as Ambassador, next spring, this is a wonderful legacy, the like of which has not existed before.

In 2019, we filmed some videos exploring #LuxUKLinks in the north and east of Luxembourg. You can also follow HMA John Marshall on twitter.