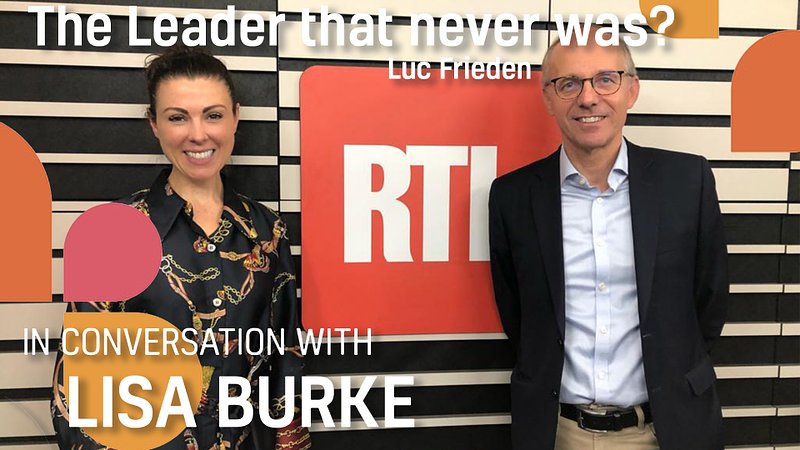 Luc Frieden served in Jean-Claude Junker's government for 15 years until his party, the CSV, were ousted from power. Since then, after a working hiatus in London, he has returned to his roots as a lawyer, with many other roles to keep his politically sharp mind engaged and of service to the country.

Luc Frieden is a man who people want to listen to. His thoughts matter because they are founded on a lifetime of political inside knowledge, and corporate life latterly. He speaks candidly, with a long view on his past, the present, and touches on the global future, leaving his own path more open.

"I think that law is always the expression of political choices"

He has now returned to Luxembourg and is a partner with Elvinger Hoss, advising on international corporate and banking matters.

During his time as Minister of Finance he is proud of changing the face of the financial sector in Luxembourg:

"You can create wealth in a society if you put in place the appropriate legal framework. That's what I wanted to achieve and I think we did it."

When CSV were 'ejected' from power in 2013, Frieden chose to step down as a minister in the opposition.

"I'm not made for the opposition - a sentence which was heavily critisised at the time, and I understand now why."

He goes on to discuss how all the political parties in Luxembourg have become more alike one another, and "all want what is best for the country".

Now as Chairman of the Luxembourg Chamber of Commerce, amongst other chairs:

"I'm still doing politics but in a non partisan manner."

I wonder if he will ever return to politics.

13. Luc Frieden - the leader that never was?

We love a rating and a comment, particularly if it's constructive!