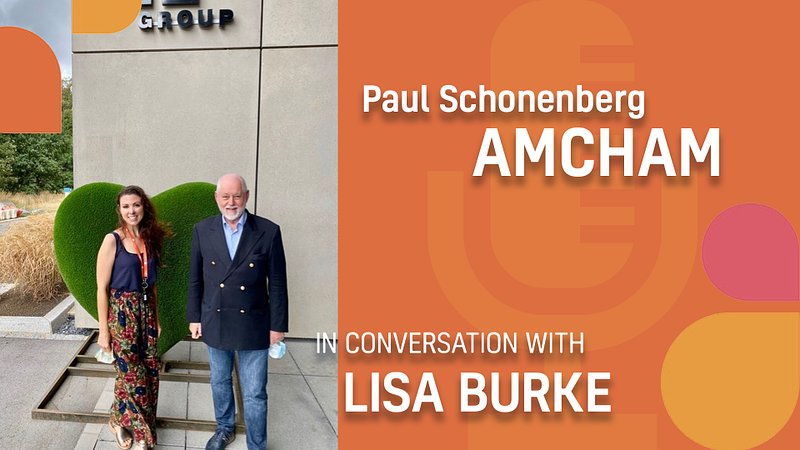 This native New Yorker has made Luxembourg his home for the last 28 years. Here, Paul discusses what AMCHAM does, his love of Luxembourg, and how he coped with the surprising allegations which hit in 2019.

Paul Schonenberg is a driven man with a stellar military background and the zeal to effect change: a distinguished graduate of the US Air Force; he chose to work with a failing Squadron as their Commander and transformed them to become the best in their field, winning leadership awards as he did so; then onto the Pentagon in Washington as a Staff Officer.

7. Paul Schonenberg: the man behind AMCHAM

And then to Luxembourg

Paul arrived here in 1992 as the US Department of Defence National Representative at NAMSA (NATO Maintenance and Supply Agency). Whilst his working life shifted to other roles outside the bandwidth of military constraint, he is best known to us as the face behind AMCHAM, the American Chamber of Commerce in Luxembourg, where he has held the position of Chairman and CEO for 22 years.  AMCHAM is open to all companies who use English as their business language. Currently the demographic is 30% American companies, 20% Luxembourgish, 50% elsewhere.

Under his leadership they have lobbied for effective change in a variety of areas, such as subsidised education in the private schools. Schonenberg is organised and ensures his team develop the necessary supporting documentation for any meeting with the government. Otherwise, "I'll be invited in for tea but I'm not going to be invited to stay for lunch", he quips.

Why would a man from New York, with property across America, choose to remain living in Luxembourg? It's the "3D richness of living an international life", he says. It's the global conversations. And perhaps it's the fact that he feels he really can make a difference. The Grand Duke has awarded him the Grand Officer Order of Merit.

It came as a shock to Schonenberg when he was asked to comment on a story about to be published by a media outlet in Luxembourg in early 2019 without the direct journalist asking for his side of the story. Paul, in his usual full-on fashion, has worked since then to provide extensive documentation to counter the allegations with external forensic auditing (he arrived at our interview with dossier in hand).

Unquestionably, there is an emotional toll to navigate when being accused of "suggestions and inuendos", especially when Schonenberg's raison d'être is to give back where he can. Especially when he doesn't even know the precise nature of the allegations.

After the red recording button was switched off we talked further. When Paul was born, there was an epidemic that swept through the hospital killing all the baby boys. He was the only boy to survive, thanks to nurses his parents could afford, he says. This has left with him a huge question as to why him and if he should have survived. Perhaps this propelled him on to shine at the Air Force and determinedly work hard at all he turns his hand to. Even if that, recently, has been to clear his name. Schonenberg hopes and wants to be remembered as a man who lived his life to make a positive difference.

Be rate us on iTunes or the like - it will help plant this seed of a podcast within the plethora of podcasts out there!

Make sure to rate it - it really helps us make a Luxembourg dent on the global world of podcasts - thank you!

If you have any ideas for points of conversation you can always get in touch with Lisa at lisa_burke@rtltoday.lu