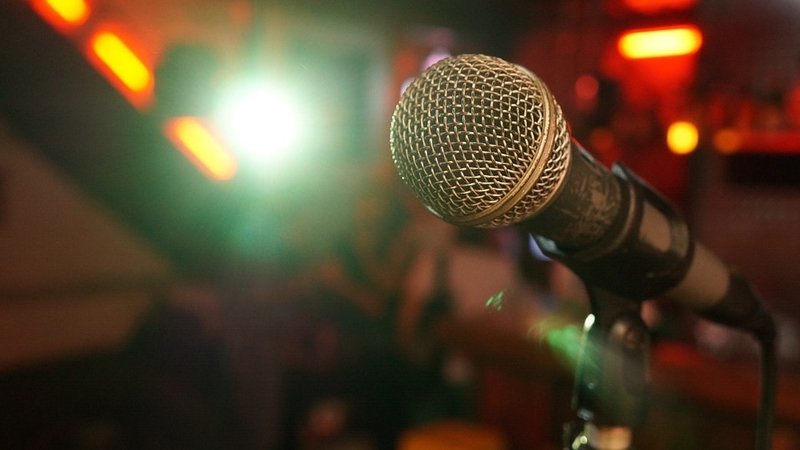 While not everyone may share my sense of humour, I dare you not to find at least one of these podcasts outrageously funny.

We've already been over the undiagnosed podcast addiction that qualifies me to write this column, and indeed my favourite true crime podcasts. In this instalment we'll be diving into something a little bit more subjective - humour. As evidenced by the reception of some of my more tongue-in-cheek opinions, my own sense of humour is perhaps not shared by everyone else.

That said, I think I am pretty decent at determining whether other people are funny (or not). Alan Partridge: Funny. Big Bang Theory: Not funny. Rick and Morty: Funny. The Simpsons: not funny anymore*. Community: Funny. Mike & Molly: Not funny. Brooklyn nine-nine: Funny. The King of Queens: Not funny.  Etc.

And with that, here's what you should be listening to if you enjoy having fun, and steer clear of if that's not your cup of tea. Unlike the first article in this series, the below are in order of how funny I think they are.

*Come at me, Simpsons fans.

Hands-down the funniest podcast I've ever listened to. In each episode of The Andy Daly Podcast Pilot Project host Andy Daly portrays one of his comedy characters — many of who first appeared on the often good, but rather hit-and-miss, Comedy Bang Bang! podcast — presenting a new podcast idea.

There are only two seasons and 16 episodes (unfortunately), but each and every one of them is gold. Start with season 1 episode 1 - The Wit and Wisdom of the West with Dalton Wilcox. Dalton Wilcox, a Daly character, describes himself as the "Poet Laureate of the West," and chronicler of... well, the Wit and Wisdom thereof. He also has frequent encounters with monsters-in-hiding. Damn Vampires. As in every episode of the podcast he's joined by some of the finest improvisers around, including Paul F. Tompkins and Mark McConville. If those names mean nothing to you, you've got a lot of listening, reading, and watching to do.

I've listened to every last episode of this at least 5 times, and it never fails to crack me up.

"Andy Daly and Matt Gourley kick things off with a bang as they bring us the first podcast pilot hosted by Poet Laureate of the West Dalton Wilcox. Expect a true story from Dalton’s week out on the range, a chat with Rustle Shine (Paul F. Tompkins), the city slickin’ publisher of his book “You Must Buy Your Wife At Least As Much Jewelry As You Buy Your Horse and Other Poems and Observations, Humorous and Otherwise, From a Life on The Range,” a Cowboy Poetry Workshop with fellow cowboy poets Sally Jespa (Betsy Sodaro) & Bartleby Mckay (Sean Conroy), and music from one of the best Country Western bands in the world, The (Goddamned) Journeymen (Matt Gourley, Jeremy Carter, Mark McConville, James Bladon)."

Mission to Zyxx is an improvised science fiction podcast, and I know that description alone will put some of you off. But don't let it. While SciFi comedy (not least in audio form) can be terribly tedious and rather... niche, this is not. This is one you'll want to listen to in order as it follows a (fairly loose) overarching story line. Given that my ego is not the size of the moon (yet) I don't think I could describe it better than they do themselves, so here goes:

"Mission to Zyxx [follows] a team of ambassadors as they attempt to establish diplomatic relations with planets in the remote and chaotic Zyxx Quadrant of the Tremillion sector. They work for the benevolent and harmonious Federated Alliance, which has recently defeated the evil Galactic Monarchy. The Federated Alliance is definitely less evil.

The Alliance's newest recruit is Ambassador Pleck Decksetter, a naive, gung-ho farm boy whose crew includes trusty, know-it-all droid C-53, and hulking, omnisexual security officer Dar. They travel aboard the outdated, sentient starship The Bargarean Jade - aka Bargie - who has as many ex-husbands as stories about her glory days. Their mission is nominally overseen by Junior Missions Operations Manager Nermut Bundaloy, a striving, entry-level bureaucrat yearning for respect."

Superego is an absurdist improvised sketch comedy podcast, which takes the form of a collection of so-called "case studies" prefaced by "doctors" as primary examples of a particular psychological disorder. Make sense? No? Well that's the only way I can describe it, and you'll see why once you've listened. And you really should. Listen. It features Jeremy Carter, Matt Gourley, Mark McConville, and (again) Paul F. Tompkins. You may start to think at this point that I'm just a huge Tompkins fan, but... I mean I am, but he's not the reason I've included all of these shows he happens to sometimes be in.

Brought to your earholes by the formidable comedy duo that is Jessica St. Clair and Lennon Parham, Womp It Up is one of the most delightfully ridiculous shows out there. Part of the Earwolf network (as are the Andy Daly Podcast Pilot Project, Superego, and Hello from the Magic Tavern), it also features regular guest appearances by some outrageously funny people such as Jason Mantzoukas, Matt Walsh, and Paul F. Tompkins. While you can listen in any order you want, I'd recommend starting with EP1 and then proceeding in a sequential order from there (2, 3, 4 - drop me an e-mail if you need further instruction).

This description from Earwolf says it all:
"Slather cream cheese all over your Digiorno and get ready to get WOMPED cause everybody’s favorite intern, Marissa Wompler (Jessica St. Clair) is throwing on the cans for her brand new school project podcast “Womp It Up!”. Her teacher/mentor/co-host/former sniper, Charlotte Listler (Lennon Parham), will be there to DJ and divvy out love advice. Plus other special guest stars. Get a front-row seat to the madness of the Marina Del Rey lifestyle!"

Hello from the Magic Tavern was ridiculously well-received when it first came out, and for good reason. It basically centres on a chap called Arnie who 'fell through a magical dimensional portal behind a Burger King in Chicago and found himself in a strange magical land called "Foon"'. In Foon, he meets Chunt the talking badger (slash shapeshifter) and Usdore, Wizard of the 12th Realm of Ephysiyies, Master of Light and Shadow, Manipulator of Magical Delights, Devourer of Chaors, Champion of the Great Halls of Terr'akkas (it goes on, and on, and on, and that's just one dude's name. You'll learn to love and hate and love it).

While there is a (very) lose story line to it, it largely revolves around the three main characters interviewing some other ridiculous creature from Foon. I'd recommend listening in order, and be warned that season 2 is unfortunately not as good as season 1 (which is excellent).

The same is true of Offices and Bosses, which is a spin-off podcast where the three main characters play Offices and Bosses, which is the Foon version of Dungeons & Dragons. So you've basically got an Earth-human, a talking badger, and a wizard pretending to be Earth-humans doing Earh-human things, like getting the Q4 numbers ready for their boss. Sounds dumber than collecting used teabags, but it's actually very enjoyable. Again, season 2 unfortunately doesn't live up to season 1.

Other comedy podcasts worth a listen

If you somehow manage to get through the hundreds and hundreds of hours of the above podcasts, here are a few more you may enjoy:

Without doubt the most disappointing comedy podcast I've listened to this year, possibly ever, is The Ron Burgundy Podcast. Will Ferrell decided to dust off his classic Anchor Man character for this new podcast series, which had me very excited indeed - I loved the first Anchorman movie (and the second was.. OK).

Between the beloved character and often funny Ferrell, I had high hopes for this - but it completely misses the mark. It feels (and is) extremely scripted and poorly acted, which shows that Ferrell and the team behind the podcast unfortunately fundamentally misunderstood what has made podcasts such a massive phenomenon - authenticity. There is none of it, and it's painful to listen to.