I must admit that we don’t have many typical Luxembourgish dishes, but Feierstengszalot is one of the few beloved classics. 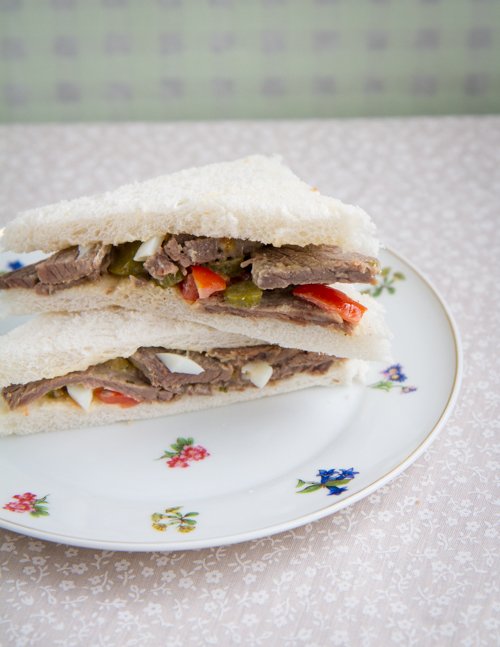 It literally translates to “Flintstone salad”, probably because there’s not many vegetables involved in this carnivorous salad. To me, this tastes like sleepovers at my grandma’s, where we’d regularly eat Feierstengszalot and bread for dinner. So, I’ve decided merge both and stick the salad into a sandwich – perfect for a posh afternoon tea spread or as a more humble lunchbox filler.

Put the brisket and the bay leaf into a large pot of salted water. Peel the carrot, wash the leek and trim off the bottom, and add to the pot. Bring to the boil, then reduce the heat and simmer for 2 ½ hours, until the brisket is tender.

Take the brisket out of the pot and leave to cool. Once cool, put it into a container and leave in the fridge for at least an hour.

Meanwhile, prepare the salad dressing. Mix all the ingredients in a little bowl until they’re well mixed through.

Once the meat is ready, boil the egg for 10 minutes and rinse under cold water. Leave to cool for a few minutes. Wash the cherry tomatoes and cut into little cubes. Cut the gherkins into little slices, peel the egg and chop into small cubes. Add all these to the meat and mix until it’s well distributed.

Divide the meat salad between 6 sandwich slices, cover each with another slice of bread, then cut off the crusts and cut diagonally in half. 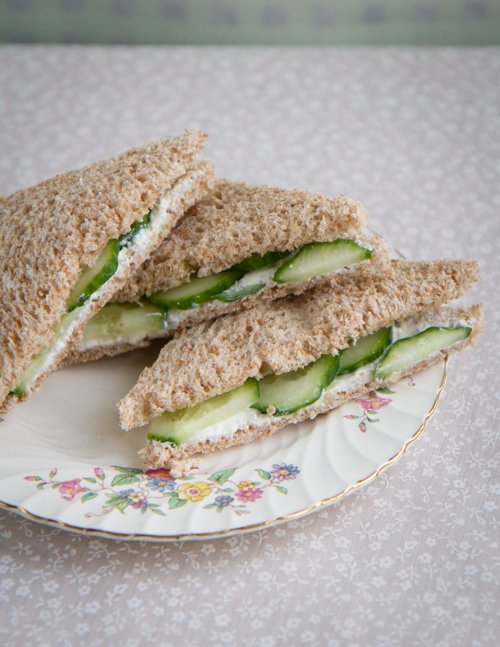 It doesn’t get more British than this. Cucumber sandwiches are a must for any afternoon tea spread. I like to make mine with a dollop of horseradish, which gives these simple sandwiches a little kick.

Wash the cucumber and cut into thin slices.

Cover each with another slice of bread, then cut off the crusts and cut diagonally in half. 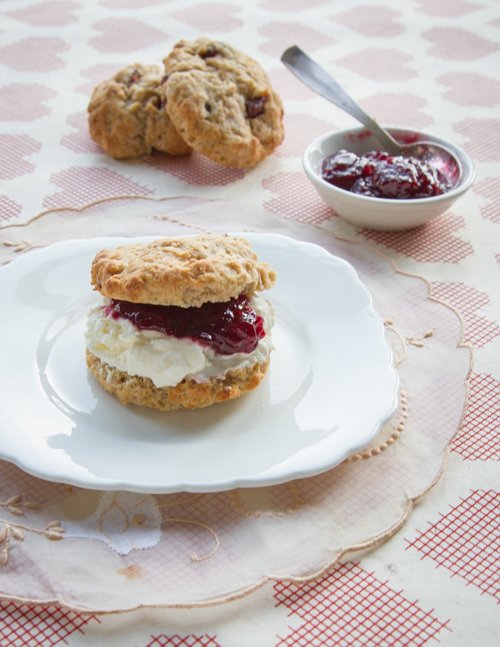 What would any afternoon tea be without traditional scones? These buttery little treats are so easy and quick to make, they're a real delight. Just make sure to be gentle with the dough! Knead the dough like a bread or pizza dough and you’re doomed. You will want these scones to be lights and crumbly, so leave the frustration kneading for another dough that requires some tough love.

In a bowl, mix the flour, baking powder, salt, cinnamon and sugar. Cut the butter into small cubes and add to the flour mix. Now crumble the butter and flour in between your fingers, and rub until the mixture resembles fine bread crumbs. Once the mix resembles breadcrumbs, add the cranberries.

In a cup, mix the egg with the milk and add to the flour mix. Now take a knife and ‘cut’ into the mix so that a rough dough forms. This technique prevents the dough from being overworked.

Take the dough out of the bowl and turn it onto a lightly floured surface. Knead very gently for a few seconds until you get a rough dough. Pat the dough down to about a 3cm thickness.

Cut out rounds with a round 6cm cookie cutter and line up on a baking tray lined with baking paper.

Bake the scones for 12 minutes or until golden. Let them slightly cool down and serve while still warm or toast them the next day. 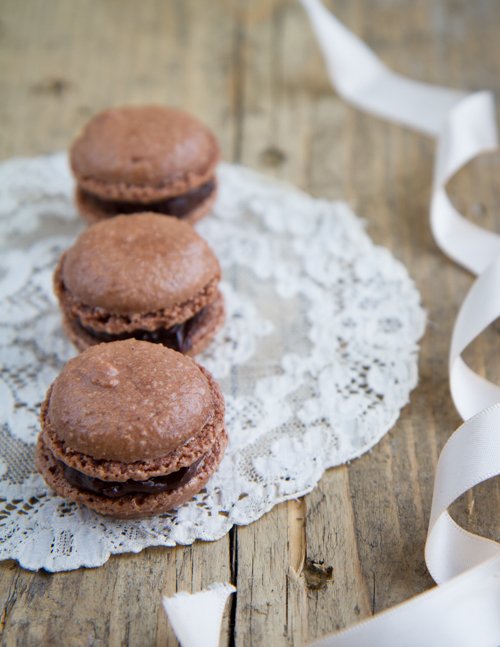 Seriously, who could say ‘non’ to a macaron?! These melting little delicacies are a real treat and they always make for a showstopping addition to any afternoon tea spread.

But, hang on, did you know that the macaron was actually invented in Luxembourg?! No kidding! Macarons were created by a Luxembourgish confectioner, who worked for Confiserie Namur in 1957. The recipe then made it to Zurich, where the sweet treat received the endearing name Luxemburgerli. While some would argue that macarons had been around long before the Luxemburgerli, I like to think that our little country did play a crucial part in the creation of this confection.

By the way, don’t be intimidated by baking macarons! They may look fancy, but with my foolproof recipe you’ll discover that making macarons is not as hard as it seems.

Start by preparing the macaron shells. Beat the egg whites with an electric hand beater until they foam soft peaks, add the caster sugar and beat for another minute.

Sift the icing sugar, ground almonds and cocoa into a bowl. Add the stiffened egg whites and gently fold in with a silicone or wooden spoon. Don’t vigorously stir the batter, instead, gently lift the mixtures into each other.

Fill the batter into a piping bag, mounted with a round tip. Pipe little discs, of around 3cm diameter, onto a baking tray, lined with baking paper or a silicone mat. The piping will leave a small ‘tip’ on each circle so, when they’re all piped, give the tray 2–3 slams on a flat surface to flatten them.

Let the macaron shells rest for 1 hour before baking – this will harden their exterior, so that they create their iconic little foot when they rise in the oven.

While the macaron shells rest, prepare the filling.

Melt the chocolate and the butter, then take off the hob and pour into a bowl. Let the chocolate cool down for 5 minutes. Finely chop the candied orange peel and add to the chocolate together with the crème fraîche. Fold in so you get a smooth chocolate ganache. Put the ganache into the fridge, and remember to take it out at least half an hour before spreading onto the macaron shells.

Preheat the oven to 160° Celsius (best use an oven thermometer to make sure you get the temperature absolutely spot on). Bake the macarons for 12-14 minutes, until lightly golden.

Take out of the oven and let the macarons cool down completely before removing them from the baking paper. Spread the chocolate ganache onto a macaron shell, and top another macaron.

Keep in a tin in the fridge for up to one week.