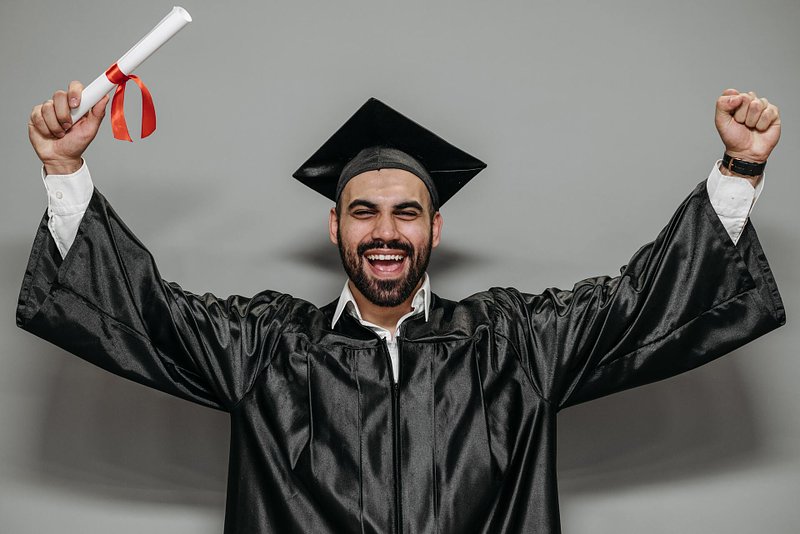 You'll be as happy as this guy once you get your qualifications recognised. / © Unsplash

You'll need to apply to get many qualifications earned abroad recognised in the Grand Duchy.

This is particularly important if you're seeking to work in a regulated profession. These include most jobs in healthcare, law, accounting, and teaching, as well as a host of other roles ranging from florists to hoteliers to estate agents to pilots. For a full list see Article 3 of the relevant law here (in French).

If you wish to pursue higher education in Luxembourg, or enter the jobs market, you may need to get your end-of-school certificates or diploma recognised.

Recognition is simplest if you're from a country which is signatory to the Council of Europe Lisbon/Paris conventions on the mutual recognition of diplomas. This includes all EU/EEA member states, as well as Switzerland, the UK, Turkey, Russia, Canada, Australia, New Zealand and a handful of others (full list here, note that while the US signed, it never ratified so it does not count).

If you studied in one of these countries, you can gain recognition so long as you attended school for at least 12 consecutive years, and gained the qualifications necessary to be eligible for access to higher education.

If you didn't study in one of the countries above, then further evidence may be required in order to gain recognition.

For instance, proof of enrolment to a higher education institution in an EU member state counts as evidence that your school certificates are equivalent, so long as your school studies covered a range of areas such as mathematics, sciences, and humanities. Actually obtaining a degree from a university in the EU can also serve as evidence.

You will also need to provide evidence that you have learnt Luxembourgish, French or German. This can be a language certificate at B2 level, evidence of at least three years of study at school, or a document certifying that you have passed one of these languages at high school.

If you studied for the IB, your diploma can be recognised as equivalent to the Luxembourg secondary school leaving certificate, so long as it covers equivalent subjects. The details are set out here.

Applications are made via post to the Department for the Recognition of Diplomas (address here). Processing takes two to 10 weeks.

Applications must be paid for in advance and cost €75 per diploma from Lisbon/Paris convention signatory countries, as well as for the European Baccalaureate. For third countries and the IB, it's €125. Details on how to pay can be found under 'Costs' here.

The application form is available at the bottom of this page, and lists the documents required.

If you studied in Belgium or the Netherlands, your higher education qualifications will be automatically recognised in Luxembourg.

If you studied elsewhere, your higher education degree or diploma can be recognised as long as it was obtained in accordance with the law and regulations in the country where it was awarded.

Your application form is submitted to the Ministry of Higher Education and Research, details here.

If you want to work in a regulated profession, you'll need proof that your professional qualification is recognised in Luxembourg. You may also need to prove your experience.

Qualifications obtained inside the EU

For other professions, you'll need to prove your qualifications are equivalent to those in Luxembourg. This is a prerequisite to applying for a license:

Qualifications obtained outside the EU

If you obtained your diploma in a non-Member State, there's no automatic recognition. Alongside proof that your qualification is equivalent, you'll also need at least three years of professional experience in an EU country.

Applications are made via post to the Department for the Recognition of Diplomas (address at the bottom of this page). Processing generally takes two to six weeks, but can take as long as three months.

Applications cost €75 per diploma, plus €300 where an aptitude test or other additional measure is required. Fees are paid by bank transfer directly to the Registration Duties, Estates and VAT Authority (see under 'Costs' here).

You'll need to submit the correct form for your profession, available under 'Forms/Online services' here, as well as the other listed documents including a CV, preferably in the Europass format, which must include your place and date of birth.

All copies of documents issued by non-EU countries must be certified as true to the original by your embassy, consulate or relevant communal administration.