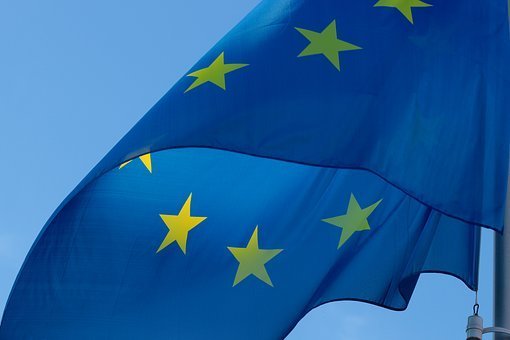 RTL Today's Thomas Tutton continues his series on the Luxembourg's referendums, with a look at the 2005 vote to ratify the EU Constitution Treaty.

In case you missed it, last week we discussed the Luxembourgish population’s rejection of a law banning the Communist Party in 1937.

Today, we’re going to explore how, despite opposition elsewhere across the continent, Luxembourgers once again showed their progressive side with a vote in favour of Europe.

The Second Treaty of Rome

The European Union was officially born in 1993 when the Treaty of Maastricht was signed.

However, the body is governed by a number of treaties going back to the 1951 Treaty of Paris which formed the European Coal and Steel Committee.

In the early 2000s, with the union growing rapidly, it was decided to attempt to create a single constitution for the EU.

The Second Treaty of Rome, otherwise known as the Treaty establishing a Constitution for Europe, was signed by representatives of the EU states in 2004.

However, to come into force the treaty needed to be ratified by every single member state.

That’s when the problems started.

Each EU country has its own rules governing how treaties can be ratified.

Many require a simple parliamentary vote, but in a significant minority of countries, a referendum must be held to approve the changes.

Spain was the first country to hold a referendum on the new treaty, and it seemed that all was going well when Spaniards voted in favour of the new constitution with a majority of 76%-24%. But warning signs were already there: the turnout in Spain was only 43%, reflecting a huge apathy towards the EU.

The turning point of the ratification process came in May 2005, when France rejected the new treaty in a referendum by a wide margin of 55%-45%.

The bad news was only amplified when two days later, the Dutch also voted 61%-39% against the constitution. 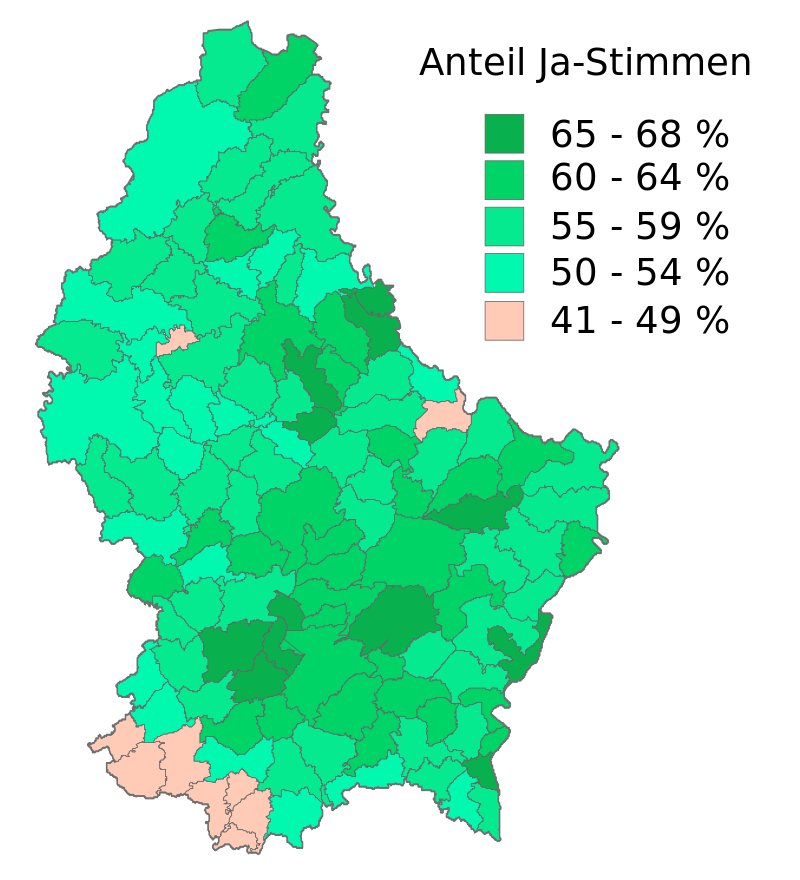 How the country voted in the referendum of 2005. / © http://www.verfassung-fir-europa.lu/de/referendum/resultat/index.html

The whole ratification process had now been thrown into chaos, but Luxembourg had already organised its own referendum on the treaty, set for 10 July 2005.

Prime Minister Jean-Claude Juncker had announced that he would resign if the No campaign won.

After a hard-fought campaign, Luxembourg voted in favour by a margin of 57%-43%.

But it was already too late for the constitution.

After the decisive defeats in France and the Netherlands, many countries decided to cancel their referendums.

This included the Czech Republic, Denmark, the UK, Ireland, Portugal and Poland.

With the ratification process having thus failed, the EU decided to abandon the project of creating a new constitution.

Instead, changes to the existing process were made, and these were later confirmed in the 2007 Treaty of Lisbon.

Only Ireland held a referendum on this treaty – and this too failed. But the treaty was amended, and another referendum in 2009 passed.

Despite Luxembougers’ best efforts, there is no official EU constitution to this day ... but the union, thankfully, remains intact (minus the pesky British).