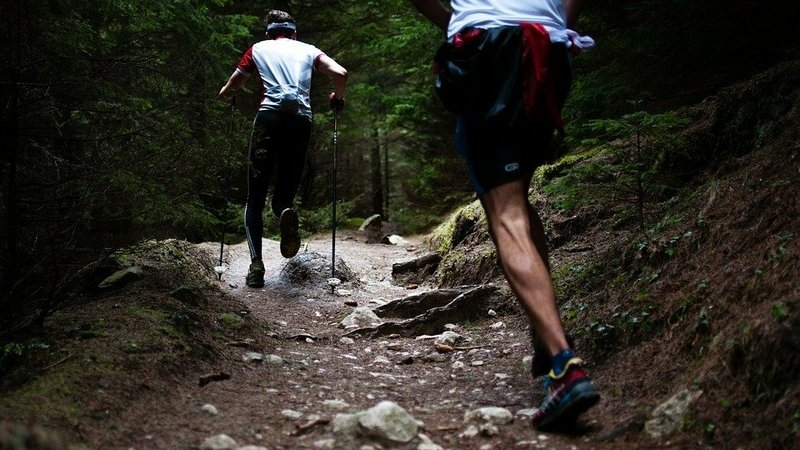 The country of Luxembourg may be small, but it boasts a large variety of running trails varying in difficulty, terrain, and length.

Whether you live in the city or the countryside, here are some of the best scenic and picturesque running routes from across the country. Not a runner? Don’t worry, these trails can double as hikes so everyone can enjoy the magnificent scenery Luxembourg has to offer.

This famous circuit in the centre of Luxembourg city winds its way passed many of the city’s best-known and historic landmarks.  Starting near the Pont Adolphe Bridge, you’ll enjoy sights like the Neumünster Abbey, run along the Petrusse and Alzette river paths and through the Clausen district. Watch out for the steep climb in the Pfaffenthal quarter, where you can brave the hill or take the lift that re-joins the route at the top. This 10.37-kilometre loop is a fantastic way to explore the wonders of Luxembourg city while getting your daily cardio in.

The Bambësch Forest trail run is the perfect solution for runners that live in the city but prefer to run in the wild. The Bambësch Forest is located less than 5 kilometres North-West of the city centre and is accessible by both car and public transportation. The perimeter loop clocks in around 6.7 kilometres and can be a bit hilly, so make sure to be on your game. If the perimeter loop is too long, or you want to switch up the route, there are an additional 4 clearly marked running routes ranging from 4.6 to 7.5 kilometres in length.

Starting in the small town of Eschdorf, not far from Esch-sur-Sûre, this 13.8-kilometre run takes you through beautiful wooded areas with a segment along the river. The terrain can be a bit rough in places, so make sure to not lose your footing while admiring your surroundings. If you wish to add a bit of variation or want a shorter run, there are a variety of criss-crossing paths across the loop so you can adjust to your own level. The start of the Quatre-Vents loop is the bus stop “Eschdorf, Ander Driicht” so this run is still accessible for those who don’t have a car.

This loop through the forest takes you on a pleasant route from Berdorf to overlook the town of Echternach along the Sauer. The trail is filled with the Müllerthal’s striking forests and sandstone rock formations, including the well-known Gorges du Loup. Parts of this run includes some stairs but the views of the valley below more than make up for the climb.  The run starts and finishes in the parking lot of the Administration Communale de Berdorf which is easily accessible by public transport.

Valley of the River Wiltz

If you are looking for something a bit more long-distance, you can attack the 30.2-kilometre loop from Wiltz to Kautenbach and back. The route follows 2 trails, starting out on the  “Sentier de la Wiltz” and returning on the “Sentier Charles Mathieu.” You’ll run through forests, climb 943 meters in elevation and experience the picturesque views of the valley below. If you’re not quite up for 30 kilometres, you can cut the route in half by completing the returning journey from Kautenbach to Wiltz on train!