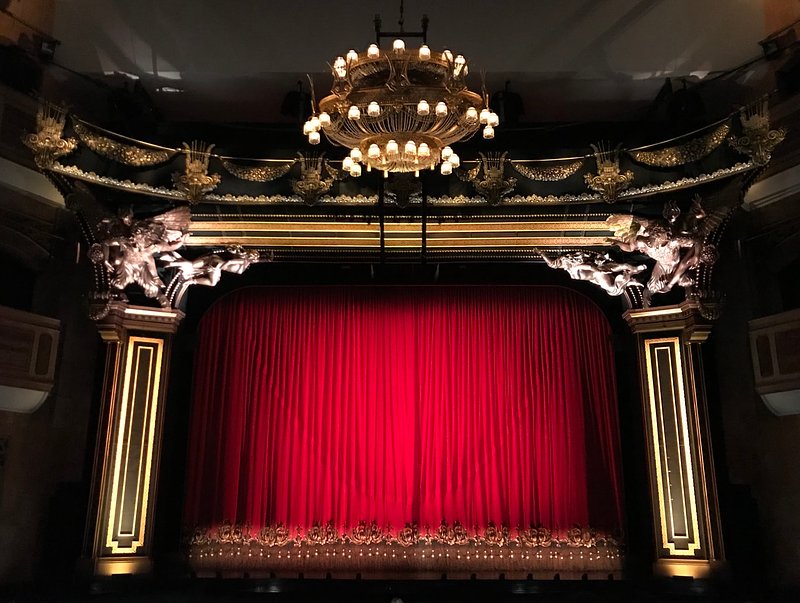 While growing up, my parents sometimes took me and my brother to watch the show "Holiday on Ice" in my home country.

I remember being mesmerised by the movements, the ability to balance on the ice, the costumes, the magic of the shows. As a child it definitely made my childhood a bit more interesting, magical and beautiful.

I also know that, currently, most of you are thinking or preparing for summer holidays.

However if you wish to plan in advance some nice shows to watch with the children once you get back from the summer holidays, there will be some amazing ones around Luxembourg with some of the pest performers in the world.

Why not bring the children to admire these artists and give them a little bit of magic in their daily life? Here is a handy list so you know where to look for.

Cirque du Soleil is famous worldwide and some of the greatest shows have been performed by them.

A new experience called CRYSTAL! is coming close to Luxembourg:

CRYSTAL! is a unique arena spectacle, that combines circus high performance with the world of figure skating. The amazing new production takes the audience on a wondrous "icy" journey, where ice skating, sensational acrobatics and daredevil trapeze artists meet for the first time.

"Crystal" is also the title character, a young woman who escapes from reality into the glittering world of ice crystals in which she is reflected. On thin ice she develops her individuality and uniqueness. This 42nd original Cirque du Soleil production explores the artistic possibilities on ice. Never-before-seen performances move from the smooth course to the air, creating breathtaking illusions. World-class ice skaters and acrobats conquer the new playing surface with speed and fluidity, seemingly eliminating the laws of gravity.

CRYSTAL! is coming to Brussels, Belgium, as well, but the dates have not been announced yet.

"On Earth, pollution reigns with its procession of climatic disturbances, an unprecedented ecological catastrophe leads all the countries of the world to form a coalition and mandates Commander Mathéo for a last chance mission on Earth... Oxygen is becoming more and more scarce by the hour! Commander Mathéo must reach the planet Naturya to find and bring back the flower of light, capable of regenerating the vegetation on Earth and ensuring the survival of humanity... ".

More than a show, Naturya is above all a human and artistic adventure that transports us into a unique plant and floral enchantment.

A show with meaning and values that aims to make us aware of the need to respect our planet, through emotion!

Audiences will set sail for an adventurous journey through stormy seas and trek through snow-capped mountains in the action-packed production of Disney On Ice presents Dream Worlds. The Feld Entertainment production tells several inspiring stories whose characters have one thing in common: They all want to explore the depths, heights and horizons of their dreams. In addition to Vaiana and the demigod Maui, eight other stories of courage and heart await the audience, including The Ice Queen, Coco, Beauty and the Beast, Aladdin and Rapunzel.

The animated series PAW PATROL by Nickelodeon and Spin Master has been making the hearts of children all over the world beat faster for several years.

The approximately one-hour performance, which is divided into two acts by an intermission, offers rousing music and a story that is as varied as it is educational, and is introducing children to theatre in a successful way. A classic stage set, combined with a high-tech video wall, immerses visitors young and old directly in the PAW Patrol world and takes them on a grandiose participatory adventure to the various locations of the TV series.

Holiday On Ice - A New Day

A New Day is the most technically and artistically elaborate production of Holiday On Ice to date and presents figure skating and artistry at the highest level in a unique combination - united by light and ice.

Holiday On Ice invites the audience to celebrate the magic of new beginnings, life and love together. At the centre of the emotional story is Aurora, a being from a strange colourless and joyless dimension. She meets young Adam, who shows her the beauty and diversity of our colourful world in all its colours, shapes and facets. At first hesitant, then curious, Aurora embarks on this new adventure.

Everyone knows the story of Clara, who shrinks at night while the toys miraculously come to life... this fantastic story has been captivating people for over a hundred years! A classic Christmas story.

Performed by the Ballet and Orchestra of the Opera of Ukraine.

It took two years of research and numerous discussions to obtain the agreement of the prestigious Association of Eastern Ukrainian Operas, a member of Opera Europa, to launch the first 'Swan Lake on the Water'.

It was not easy for a classical ballet company to embark on a new and totally innovative project. The soloists were also not easy to convince, especially as moving in water was a first and involved many physical risks!

Performed by the Ukrainian Opera.

Another great story that does not need a lot of explanation!

Who doesn't love the Jungle Book?

This musical adaption of the animated Disney film features all your favorite characters from Mowgli to Baloo to the terrible Shere Khan.

In addition this musical also has an ecological aspect: It speaks of the urgency to defend animal species and to respect nature with elephants walking against deforestation and the bear eats organic food.

It's the 7th season for this show that mixes choreographies with wild music, breathless fights and illusion. 13 actors, singers and dancer interpret more than 40 characters in this cheerful and humorous show, completely in the spirit of the One Thousand and One Nights tales.

Here are some great magic shows for children listed that are in Paris, as well as other great ideas for families, it's a lovely website that TravelmatKanner recommends.

We hope you got some nice ideas for shows you can enjoy with the children around Luxembourg.

If you wish more to be added, let us know in the comments and as always…happy explorations!