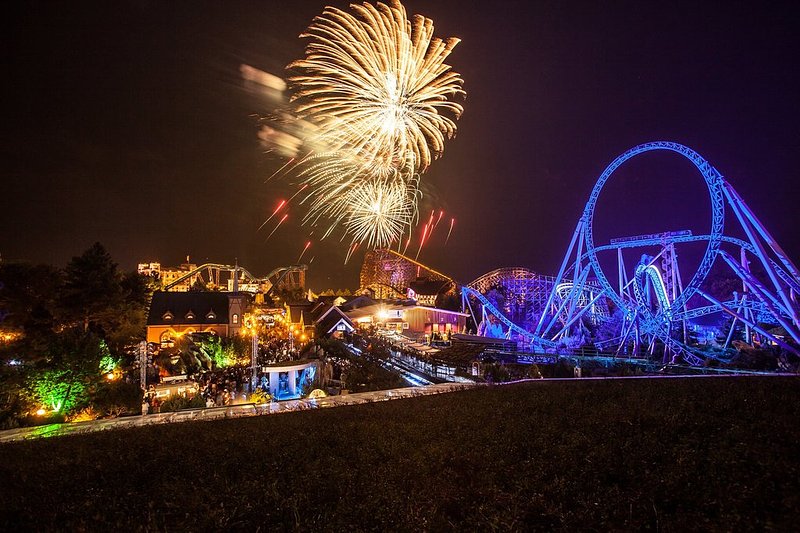 Keen for an exciting day full of rollercoasters, adrenaline and water fun? We certainly are.

The absolute top of the leader-board: with more than 100 attractions and shows, five hotels and more than 5.6 million visitors per year, Germany's Europa Park near Freiburg is not to be missed. Its name does the park justice as there are 15 themed areas, each of which representing a specific country or region in Europe. Oh and we probably don't need to mention the 13 breathtaking roller coasters that the park is most famous for. More good news: the Scandinavian Village and its colourful houses, restaurants, and attractions were reduced to ashes back in May 2018, but the German theme park in Rust has worked hard to restore the village.

Situated near Cleebronn in Southern Germany, Tripsdrill offers 29 attractions, including museums, animal petting and feeding, roller coasters, and more. The park opened its doors in 1929, which makes it Germany's oldest amusement park. Fun fact: it is still managed by the same family. 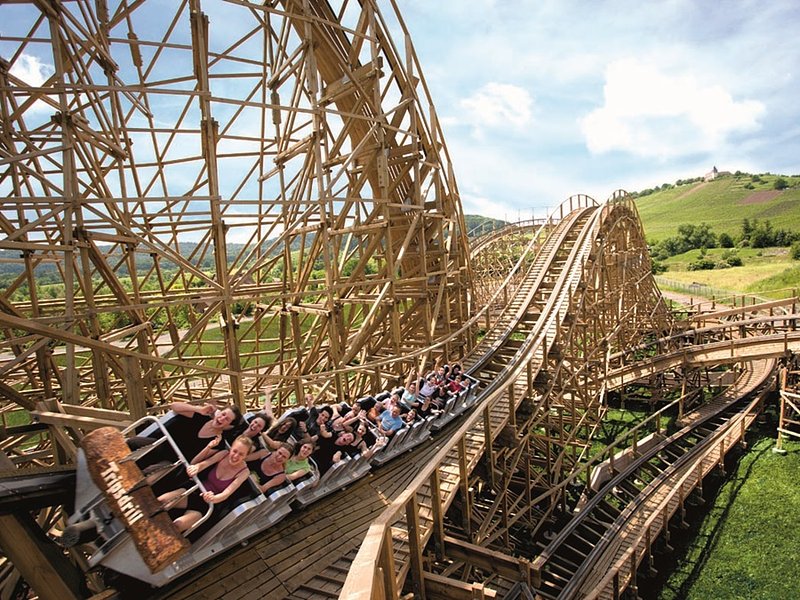 The Hansa Park in Sierksdorf near Lübeck is one of Germany's largest amusement parks and beautifully situated right next to the majestic Baltic sea. On numerous rides and attractions you'll be able to look at the sea, including the park's landmark 100 meter high Holstein tower. A new addition for adrenaline junkies is the "Highlander", a 120-meter free-fall tower. Hansa Park comprises a total of twelve theme worlds. 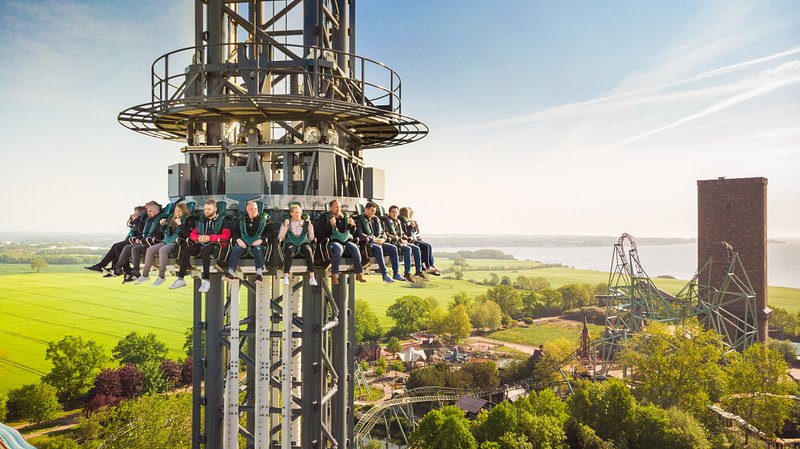 The Heide Park in Soltau has attracted generations of visitors for over 40 years. There should be something for every age group. Young visitors can tame dragons or morph into Ghostbusters armed with 3D glasses and fight against slimy ghosts. Bigger adrenaline fans can go wild on six rollercoasters. Personal favourite: the "Flug der Dämonen" coaster.

Flug der Dämonen. Get ready to lose every sense of orientation. / © heidepark.de

Explore scenic Sauerland forests with the "Santa Fé Express", let loose on the "Wild Eagle" hang glider or look for for hidden gems at the "Goldwaschanlage": Fort Fun adventure park is like a miniature city shielded by wooded hills straight out of the Wild West. Apart from key attractions such as adrenaline-filled roller coasters and white water rafting, you can enjoy summer tobaggan runs and interactive video games. Youngsters will also not go empty-handed: there is a petting zoo, a large playground and even a puppet theatre. 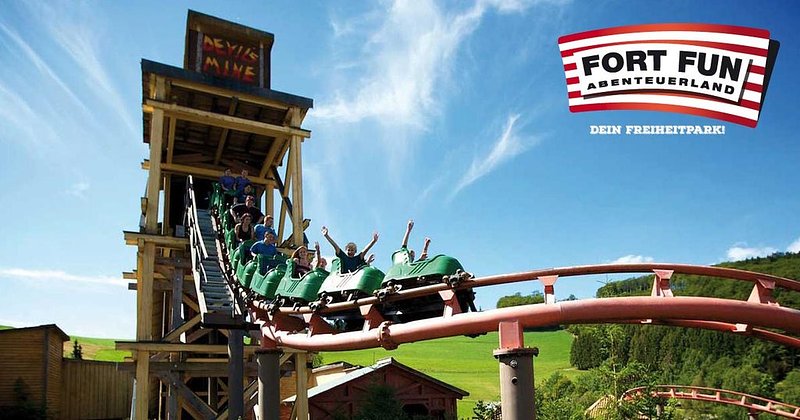 Phantasialand in Brühl near Cologne

No surprises here as this one is only a relatively short drive from the Grand Duchy and remains a definite favourite among many Luxembourgers. Expect to go international as Mexico, Africa, China and Berlin are only a few steps away from each other. The park's newest attraction is "Klugheim," an enthralling if mysterious village nestled in a rocky landscape. Two of the park's most spectacular thrill riders (Taron and Raik) hold six world records together. 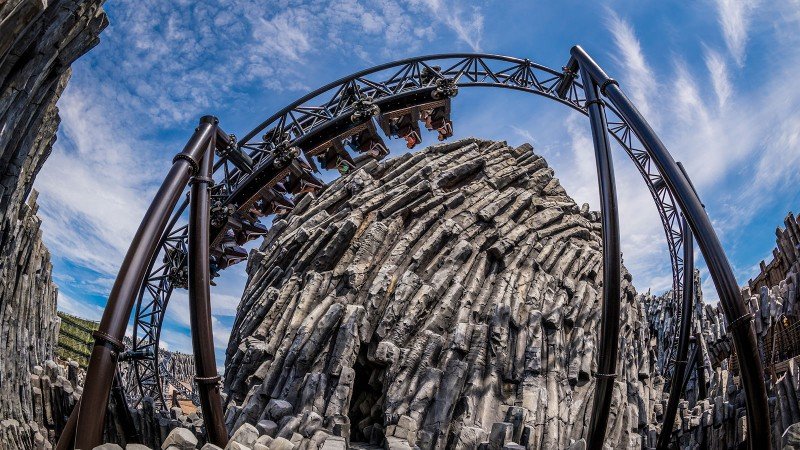 Belantis: Pyramids and temples in Leipzig 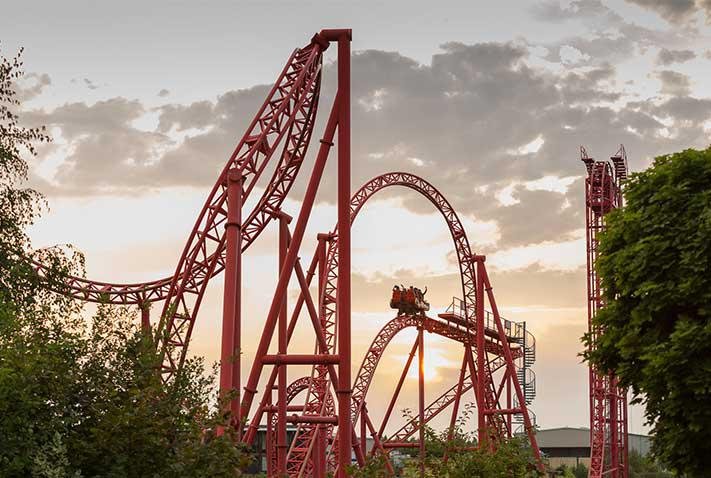 Let Legoland in Günzburg take you to ancient Egypt. A five-meter pharaoh made out of 250,000 Lego bricks oversees the park's new theme area, which boasts an interactive pyramid rally where teams have to battle the flames before taking off in a hot-air balloon. There is also a virtual reality roller coaster: virtual Lego bricks make up the entire track and the VR glasses add some extra spice by adding exciting visuals that are synchronized with the rollercoaster's twists and turns. 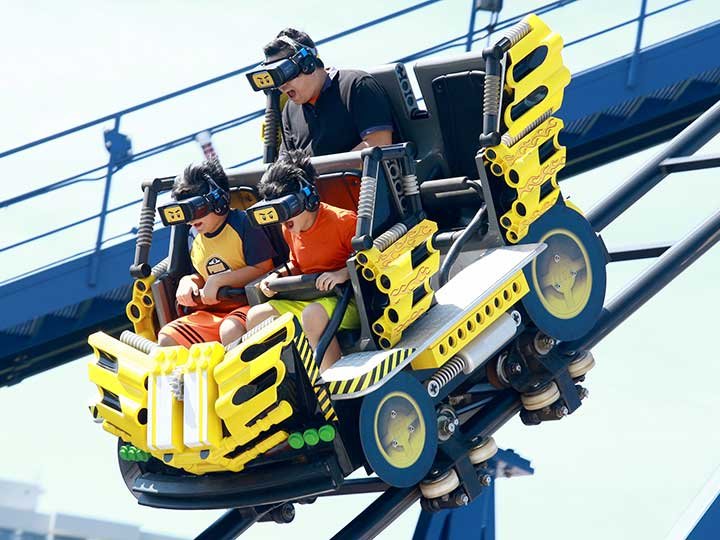 Allgäu Skyline Park has grown by seven new exciting attractions in the last years. For younger visitors there is a gondola roller coaster and a bungee trampoline. Older children and adults who stayed young at heart can indulge in the park's wild water course and the "Zero Gravity" centrifuge. Still not enough? The spectacular giant swing "High Fly" awaits for the real daredevils. 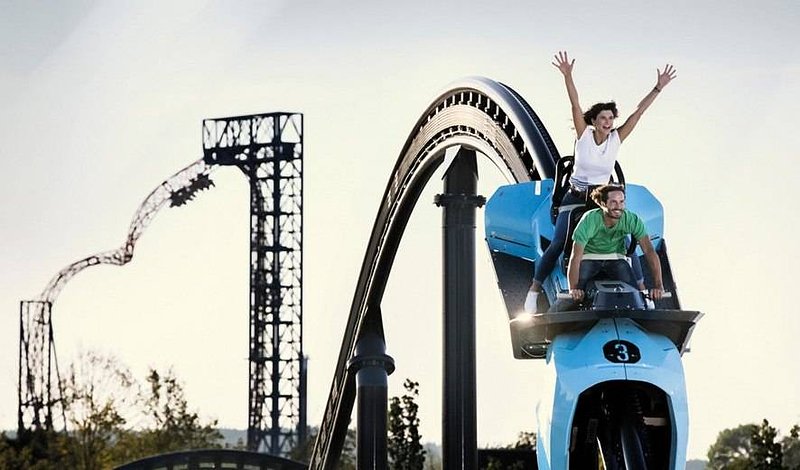 Action fans rejoice! The catapult roller coaster "Sky Scream", a free fall tower, a water ski stunt show, and the up to 120 km / h fast roller coaster "bigFM Expedition GeForce" are guaranteed to make you heart race faster than a Porsche on a German motorway. This does not mean that children will not get their money's worth. They can roam through "Majaland" or experience first belly tingling on the twelve meter high children's free fall tower "Blumenturm."

Got any other great parks that we missed? Let us know in the comments!