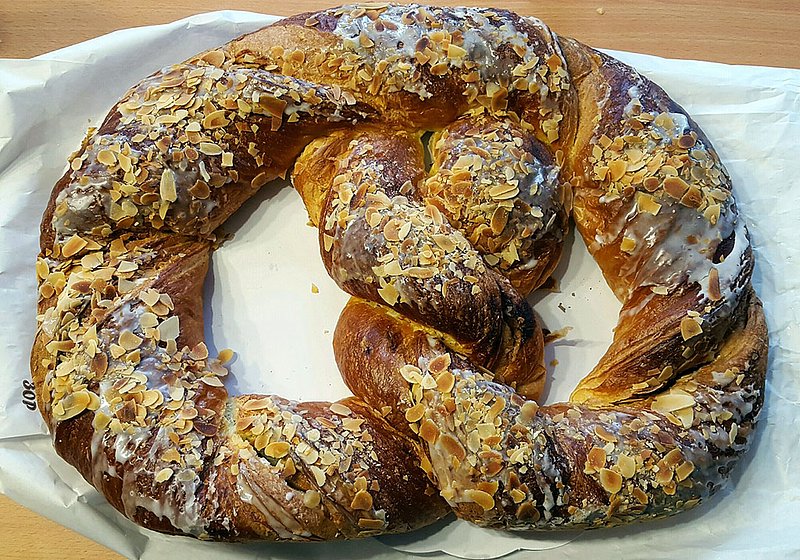 It may just be one of Luxembourg’s most mystifying Easter traditions: Bretzelsonndeg.

Tiny country, big traditions! Pretzel Sunday takes place once a year on the third Sunday in Lent, at the end of March.

You may associate “Bretzel” pr "Pretzel" with a probably unhealthy amount of salt, and it certainly can be covered in the stuff, but the modern Luxembourgish version is usually tooth-achingly sweet, complete with fondant icing and sprinkled with almonds. According to some romantic souls, the puff pastry symbolises two lovers arm in arm. According to some slightly less romantic historians, it used to be a symbol of human sacrifice to a Celtic deity. More on that later.

Feel the heat? Get her the sweet!

The traditional version of the custom dictates that a man should offer a pretzel to the woman he's interested in. If she finds him nearly as sweet as the pretzel, she will let him know by giving him an egg on Easter Day. We’ll let you interpret the symbolism.

If she is not interested in the poor chap, she will give him a basket instead of the egg. Fun fact for both locals and expats who are brave enough to learn Luxembourgish: this is where the classic expression “de Kuerf kréien” (literally: to receive the basket) comes from.

The tradition is reversed in leap years; girls offer the pretzel to their sweetheart while boys have to pick between returning an egg or a basket. However, as any cultural anthropologist worth his or her salt will assure you, traditions are constantly evolving. The respective gender of giver and receiver plays less of a role today. In other words: just get out there and secure a Bretzel for your significant other! 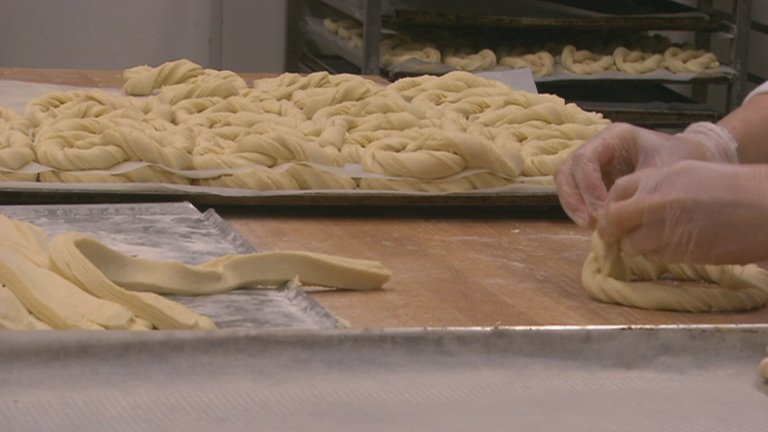 In Luxembourg, the tradition allegedly kicked off in the 18th century. During Buergbrennen, women threw wood into the flames while calling out their would-be lover’s name. If the trick worked its magic, the women would later receive a pretzel and eventually return an egg on Easter Day. Another pretzel custom that has been lost over the years involves newly-wed couples. On Bretzelsondeg, they had to give a pretzel to the guests who had managed to get hold of a piece of the wedding garter.

Up until the 20th century, the custom was primarily observed in villages along the Moselle and Sure rivers but it has long conquered the rest of the Grand Duchy. If you’re free on Sunday, you may want to head to Luxembourg City, where Bretzelsondeg is always celebrated in style. Expect live music, the iconic Jhangeli tourist train and, most importantly, free pretzels.

The pretzel – a mystery of history?

The historical origin of the pretzel remains unclear and various unreliable versions exist. One source for example claims that an Italian monk invented them to reward children who learned their prayers. In this legend, the shape of the pretzel represents arms crossed in prayer to the Trinity.

However, most historians agree that the pretzel actually predates Christianity. A common explanation is that the pretzel used to symbolize human sacrifice to the Celtic deity Sirona. The three holes in the pastry stand for the three-part noose that pagans used to kill three people by hanging during the sacrificial ceremony. 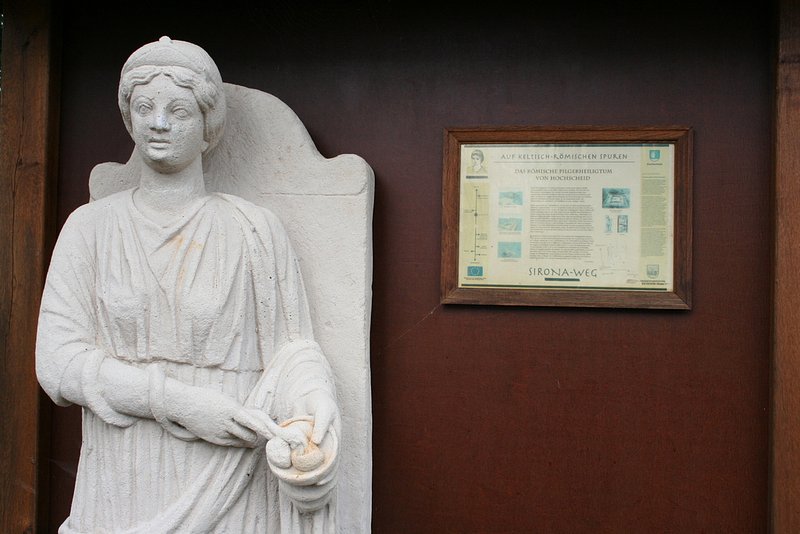 © Statue of Sirona in Hochscheid, Germany.

From young to old, let the Bretzel stories be told!

What do Luxembourg’s residents think about Bretzelsondeg? Are people still aware of the story behind the pastry? We snooped around.

The general consensus among the younger generation seems to be that, while nearly everybody loves to eat the sweet delight, only very few know the original custom and even fewer would consider following it. According to 17-year-old Mara, “it would be kind of weird to buy someone my age a pretzel. It’s not like Valentine’s Day when it’s normal to buy someone a rose. At my school for example, final year students always sell roses on that occasion but I’ve never seen them sell pretzels.” 23-year-old Fabienne also doubts that the practice is common among Luxembourg's youth. In a not-so-subtle side attack against the author of this article, she explains that “my boyfriend has never given me one.”

RTL Today editor Nathalie has lived in Edinburgh for a while and avidly remembers how “my old flatmate and I would bemoan the lack of sweet pretzels in the UK. At university, my break after the second semester was never at the right time, so I haven’t had a pretzel in years.” Rick, a 22-year-old student living in Freiburg, similarly laments that the German salty pretzels are not a patch on their Luxembourgish counterparts. “I’d buy my girlfriend a pretzel but we’ll be in Portugal on Pretzel Sunday, so I guess a pastel de nata will have to do,” he tells us.

An elderly couple we ask just laughs- “we used to buy pretzels for each other on Easter Sunday, now we just buy them whenever we feel like it.” 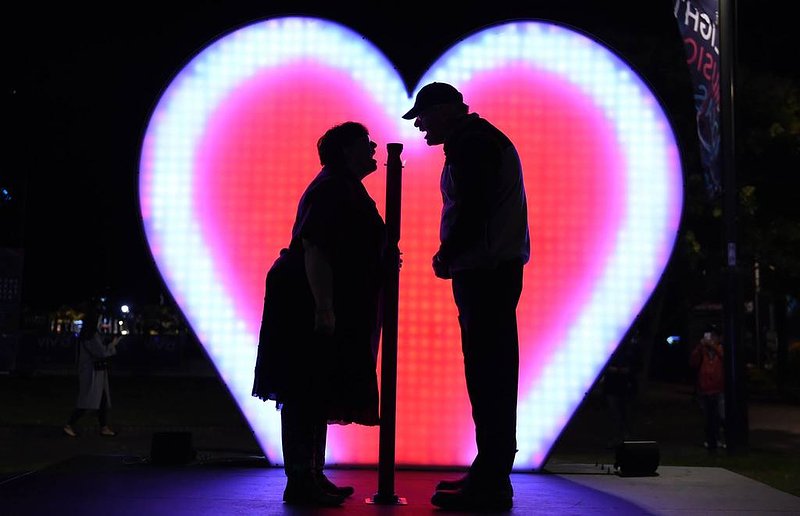 The middle-aged adults we questioned had varying opinions. To call a spade a spade, some buy their partner a pretzel, others don’t. “From small over big to gigantic ones, it would be impossible not to buy a pretzel considering the vast offer,” 49-year-old Chantal tells us. “It’s well-known that the best way to his or her heart is through the stomach. My husband, however, usually just buys one for himself,” she adds with a smile.

RTL editor Stephen, on the other hand, has a different tactic: “If I buy my wife something ‘romantic’ out of the blue she will immediately become suspicious of potential wrong-doing. Better I stick to a cup of coffee and a light smack on the bottom in the kitchen.”