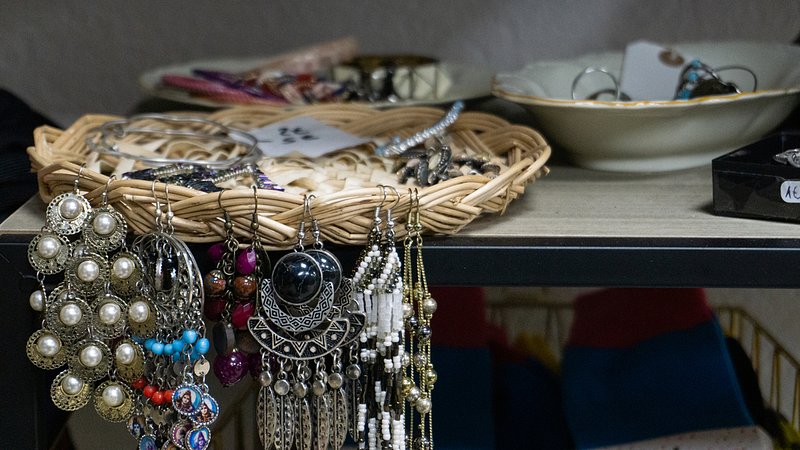 Second-hand shops are pretty rare in Luxembourg, but there are more than you may think. This series introduces a new second hand shop every week.

We first talked to one of the newest members of the Luxembourgish second-hand crew, Laure Cales, founder and owner of Pilea, back in December. You can read our earlier interview with founder and owner Laure Cales here. After working at an NGO for five years, the now 30-year-old entrepreneur decided to take an alternative route and launch her own business.

Born out of a conversation with a friend, Laure decided to create a shop which focuses on a local and circular economy, all while giving customers the option to unwind over a cup of coffee (or a piece of cake). The initial plan was to open the store in March 2020, but, as so often in recent times, the pandemic put a bit of a spoke in her wheel. After a few months of selling via social media, Pilea first opened its doors in May last year. We talked to the young shop owner about her experiences so far, her love for second-hand clothes and what we can expect from her in the near future.

It’s been almost a year since you’ve first been able to open up your doors. How is it going so far?

It has been very hard, I’m not going to lie. When you start a business, you think of so many things, but a pandemic is never one of them, so you’re really not prepared for it. A big part of my concept was having the cafe in the shop because I think it contributes to this vibe I wanted to have in my shop. Due to the pandemic, the cafe has been missing since the end of November which is really a pity. I also think that people are just tired and not really in a shopping mood which has definitely had a negative impact on the shop. Last September, for example, when the weather was better and the restrictions were less extreme, I had quite a bit of customers, so I hope it’ll get better again, once the sun’s out more (laughs). Launching my venture during this time has had some positive impacts on the concept of the store though - I expanded my offer, so rather than just focusing on clothes, I also sell plants now which I’m really happy about.

Talking about the plants, how did you come up with the idea to also sell plants in your shop?

That was actually quite spontaneous. I always loved plants and the idea of having a concept store where you can find all kinds of things. During the first lockdown, I thought it might be a good idea to try and incorporate plants in the shop, because maybe people don’t feel like buying clothes in the current situation, because they’re not going anywhere anyway - but maybe they want something that makes their home more cosy and beautiful, instead? Plus, it’s really hard to find nice qualitative plants in Luxembourg, so I think it’s a nice addition to my assortment. 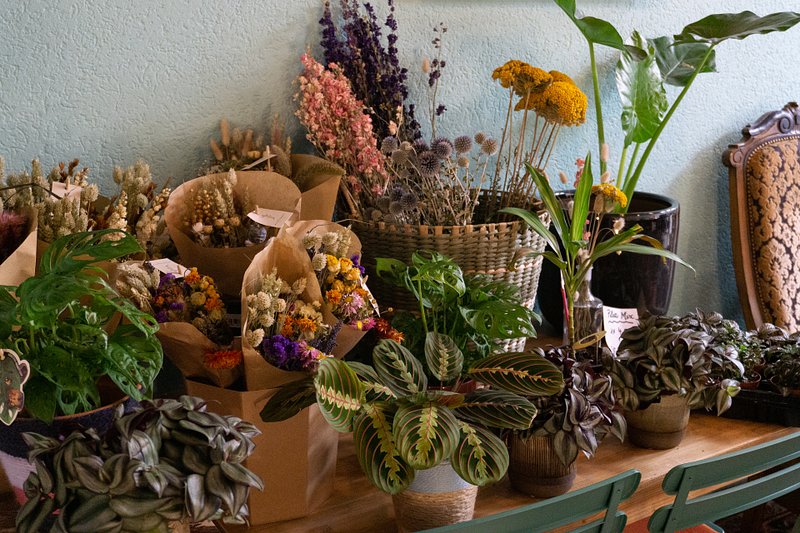 My customer base is very diverse, but I think one common aspect is that they all care about sustainability and want to be more conscious about their consumption, so they’re actively looking for alternatives to fast-fashion. Otherwise, they don’t really have much in common. There’s people who live in the area, others who work around here and then, and I’ve even had customers tell me that they live up in the north of the country and came by train just to have a look around the shop. Obviously, they don’t come that often, but still, that’s such a big compliment.

What do you think makes Pilea so special?

I think it’s really all about this cosy, familiar atmosphere. You come in and feel like you’re at home. Everything is so anonymous nowadays. When you go into a shop, you look around, do your thing and then leave, but that’s not really the case here. I met so many kind people over this past year and even among themselves, the customers have conversations whilst shopping here and there’s such a nice community vibe overall, which I really appreciate and I think my customers do too.

How do you go about to source your pieces?

I work with the so-called ‘dépot-vente’ system, meaning that people bring their clothes to me, I sell them in the shop and once they’re sold, they get a commission. But then, there’s also people who just donate things. In the beginning, it was mainly friends and family of course, but even now, there’s still some customers who do it. Generally, it was really important to me to stay local and maintain a circular economy system rather than buy from big suppliers.

What do you think makes second-hand fashion so attractive?

In general, it’s all about this idea of being more conscious and using something that already exists again rather than wasting items and resources. I think we’re really trying to become more like the big cities around Europe, like Berlin, London, Vienna and Paris, and second-hand shops have been very popular there for a long time. We’re very behind on the trend, but there’s a lot of initiative right now, so we’re just building on that.

When did you personally get into second-hand clothes?

The first time I actively remember shopping second-hand must’ve been about 5 or 6 years ago. I bought a jeans jacket while visiting a friend in Paris. From then on, I started actively researching second-hand shops before travelling somewhere and it just continued from there on. Sometimes, I do buy new clothes as well, but I try to make sure that it’s fair fashion then.

What’s your favourite item you’ve ever bought for yourself?

Oh, that’s a really hard one, but I think it would have to be the sweater I’m wearing today. It’s from an influencer called DariaDaria that I’ve been following for a really long time. She’s quite known in the sustainability community and she has her own brand. I always wanted to get some of her knitwear, but it’s really hard to get, so I never managed to order one on time (laughs). A few weeks ago, a girl came into my store and brought some clothes and this sweater was among them. It was my size and even the colour I wanted, so I was super happy and decided to keep it myself.

I’ve always been more of a political person - not to say that I want to go into politics, but I want to do something on a daily basis to help progress rather than just criticise everything that’s going wrong, which is also why I started Pilea. So, that’s something I want to keep doing in the future: spread awareness, get more people to act consciously and sustainably. And - why not - maybe eventually open up another shop? I also think that the concept of pop-up stores is very interesting, so I’m currently working on that and would also love to do some in the north of the country. I guess we’ll see how that goes.