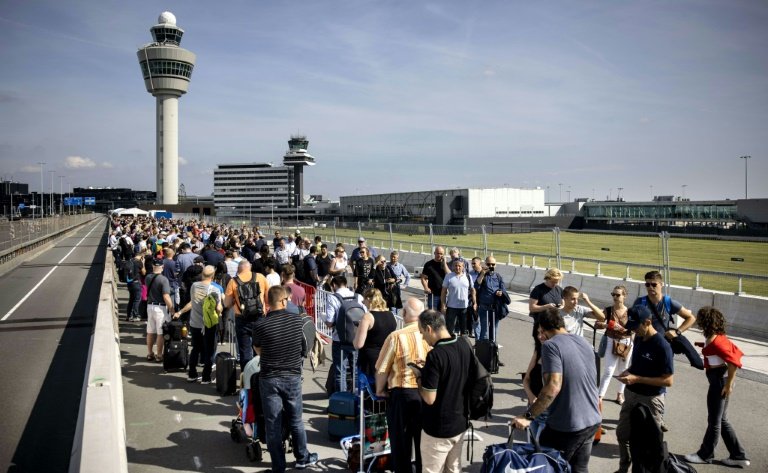 The busy European air hub struggles with long lines due to staff shortages.

The announcement comes a day after its chief executive Dick Benschop resigned over the chaos at the airport.

Schiphol said it will have to lower the maximum number of locally departing passengers per day by an average of 18 percent, or some 9,250 travellers, due to a shortage of security guards.

"Nevertheless, the decision taken is necessary with the safety of passengers and employees in mind," Buis said in a statement.

The airport said in a statement that security companies working at Schiphol will have "fewer security guards than previously indicated" in the coming months.

"Schiphol expects to apply limitations to the daily number of passengers at least until the end of the year," it added.

Dutch national carrier KLM -- Schiphol's biggest user - said it was "disappointing" that the airport "will again be adopting these measures at such short notice."

"The measures will have far-reaching consequences for our passengers, colleagues and the national and international reputation of Schiphol and therefore KLM," the airline said in a statement.