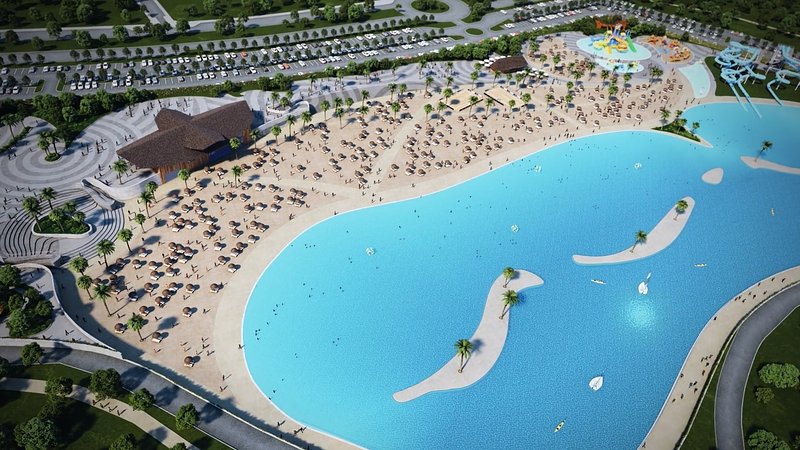 The artificial paradise 'Alovera Beach' will be located 300 kilometres from the actual ocean and only 30 minutes from Madrid.

Once completed, the site will be home of Europe's largest artificial beach, which should increase the offer of tourist activities in the Spanish capital, where elevated temperatures often render most activities impossible during the summer.

The municipality of Alovera is located in the province of Guadalajara and about 50 kilometres away from Madrid. According to El Español, parts of the site may already open in 2023.

The project has already been interrupted several times, mostly due to the staggering logistics: a surface area of 105,000 square metres, out of which 25,000 will be water and 15,000 sand. The site will further house several bars, as well as extensive areas for water sports and sailing, slides, zip lines, and beach volleyball courts.

The initial budget for the project was €15.6 million. Grupo Rayet, which is in charge of the site, estimates that Alovera Beach will create 170 new direct jobs and 180 indirect positions.