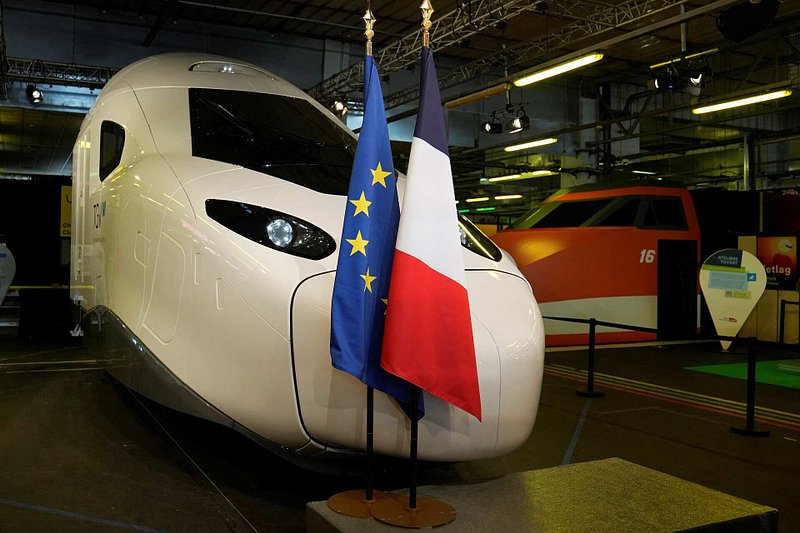 France on Friday celebrated four decades of flying across the countryside on ultrafast TGV trains, while getting a glimpse of the next-generation locomotiv

President Emmanuel Macron was on hand at the Gare de Lyon in Paris, where the first voyage of a Train a Grande Vitesse was inaugurated by president Francois Mitterrand in 1981.

In front of a full-scale model of the new TGV M, he hailed a prime example of "French genius" and promised to unlock 6.5 billion euros ($7.7 billion) to develop the TGV network, including new lines serving cities such as Nice and Toulouse.

"We're going to continue this grand adventure with new industrial commitments," since more people are looking beyond metropoles to smaller cities -- an apparent allusion to post-Covid prospects.

"We see clearly that life and work are going to be restructured, and that our fellow citizens today want to organise their time for living and time for working differently," he said.

The streamlined version of the bullet train promises to carry more passengers -- up to 740 passengers from 600 -- while using 20 percent less electricity.

It will continue to whiz people between cities at a top speed of 320 km/h (200 mph), making most door-to-door trips shorter and cheaper than on airplanes.

A revered symbol of the country's engineering prowess, the TGV network spreading out from Paris was a revolution for generations of French, with far-flung cities now just a few hours away instead of requiring a day or overnight trip.

The trains, made by Alstom, have since been exported to countries including Spain, Italy, South Korea and the United States.

But huge investments in both the trains and tracks saddled the state rail operator SNCF with billions of euros in debt that continues to weigh decades later.

The legacy debt prompted Macron to take on the SNCF's powerful unions in 2018 to push through an overhaul that stripped employees of job-for-life and pension guarantees, while promising to revive slower lines.

Labour bosses called it the first step toward privatisation and staged massive transport strikes but failed to derail the reform.