A photo of what appears to be a heart-shaped city has been shared hundreds of times on Facebook alongside a claim that it can be found in Italy. However, the posts are misleading: the photo was created in homage to Valentine’s Day and shows a mirrored image of the city of Venice.

The post, archived here, has been shared nearly 500 times since it was published on Facebook on July 28, 2021, by a page called “Wonderful Engineering Discoveries”. 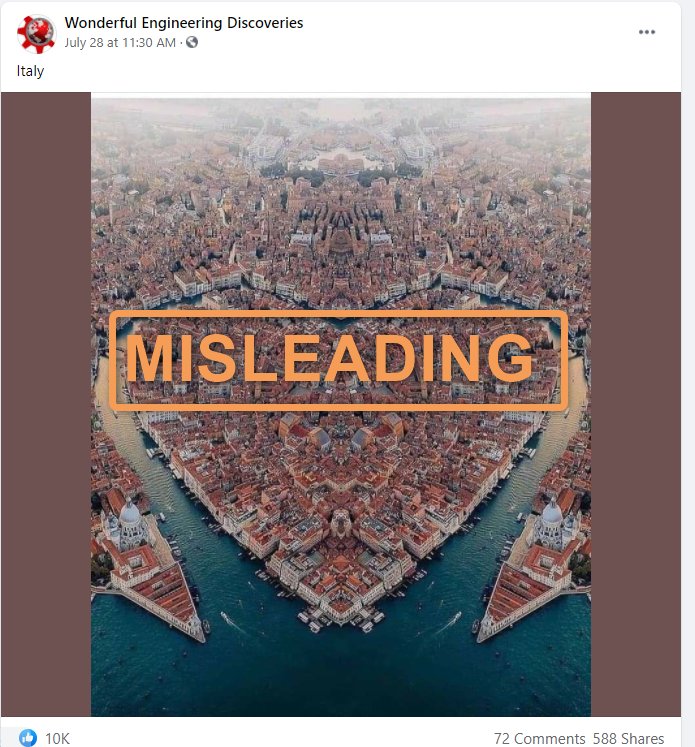 The Facebook post features an image of a symmetrical-looking city containing a heart-shaped island in the centre.

The same image was also shared on Twitter here with the description “Venice, Italy”. It has been retweeted more than 300 times since July 18, 2021.

While some people suspected there was something off about the image, others believed it was genuine. Screenshot of comments below the misleadingFacebook post, taken on August 3, 2021

However, the claim that the city depicted in the image is real and can be found in Italy is misleading.

A closer look at the picture shows buildings, bridges and ships perfectly mirrored on either side. 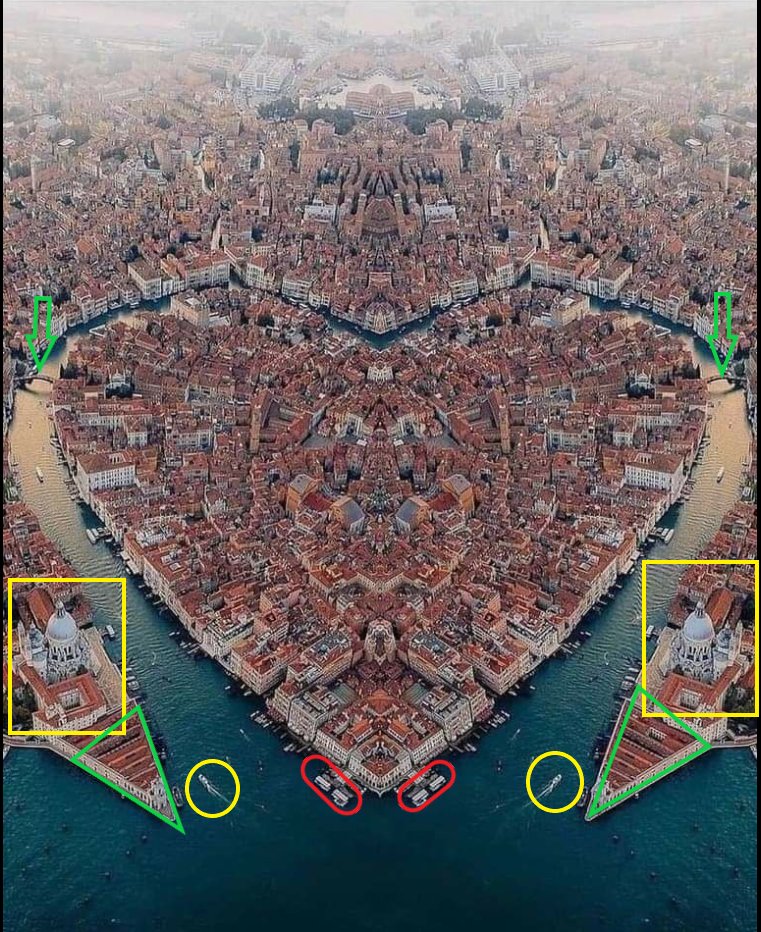 Matching element highlighted on both sides of the image

AFP Fact Check ran a reverse image search and found that the image was initially posted on Facebook on February 14, 2021, by an account called “Lennart Pagel Photography”.

By mirroring the first image and putting the two side by side, the city resembles a heart, which the post offers tongue-in-cheek as a “scientific explanation” as to why Venice is the real city of love.

Using Google Maps satellite imagery, AFP Fact Check confirmed that the original image used to create the heart-shaped illusion shows part of the Grand Canal in Venice, Italy, with the basilica of Santa Maria della Salute on the bottom left.

Comparison between Google Maps (L) and the original image (R)