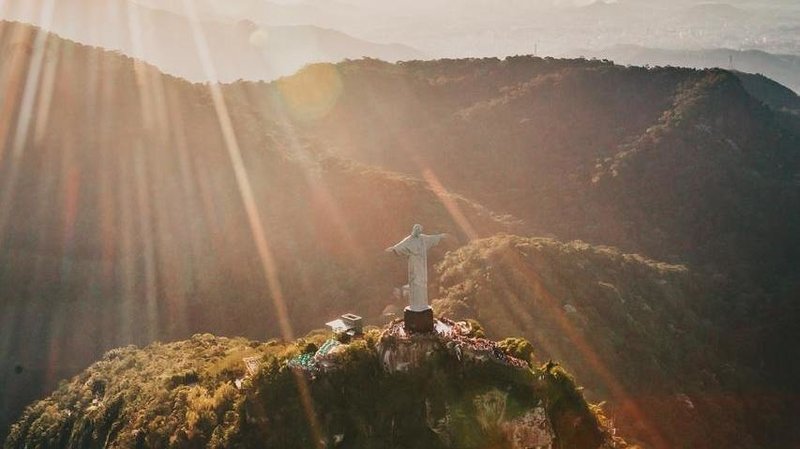 © Photo by Matheus Bertelli from Pexels

A tourist who was robbed while vacationing in Rio de Janeiro posted a disgusted message online... only to have Brazil's national tourism board post it to its official Instagram account by mistake.

"Rio is such a beautiful city," begins the message posted by Instagram user @withlai -- and that is perhaps as far as the Brazilian Tourist Board's social media department read before clicking "share."

But the message continues: "Beautiful is not enough." 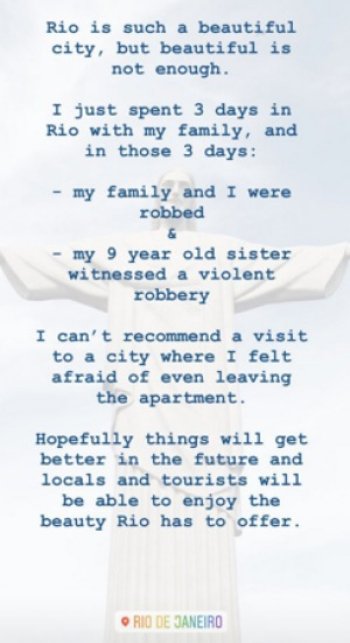 During a three-day stay in Rio, @withlai wrote, "my family and I were robbed and my nine-year-old sister witnessed a violent robbery. I can't recommend a visit to a city where I felt afraid of even leaving the apartment."

Embratur, as the tourism board is known, shared the message on its own Instagram account Tuesday evening, leaving it up long enough for the gaffe to go viral before deleting the post.

"This message was shared by mistake," Embratur said in a red-faced statement, adding that it was in fact working to "publicize the drop in violent crime (in Brazil) in 2019."

Rio, the port of entry for many of the millions of tourists who visit Brazil each year, is known for the breathtaking beauty of its sun-soaked beaches and emerald mountains, but also its violent crime.

Rio de Janeiro state, of which the city is the capital, registered nearly 4,000 murders and 120,500 muggings last year -- though that was a drop of 19 percent and eight percent, respectively.