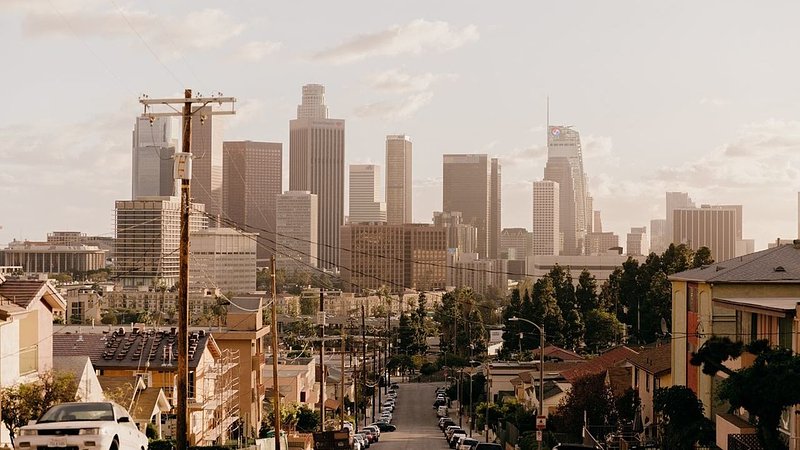 We at RTL Today like sharing our thoughts on all kinds of subjects, including our recent holidays. Today, thoughts on a first visit to the US.

Perhaps a bit of an oddity for people my age, but I have only just visited the United States for the first time, aged 25. In a bid to a) see a close friend who I hadn't seen for over a year and b) get away from the bitterly cold winds of Scotland, I made the choice to take my first proper holiday in three years to California, or more specifically, Los Angeles and San Diego.

Let's start there in breaking down my thoughts on my limited experience of the United States. Overall, I really enjoyed my visit but there were definitely some things I found a bit odd, which form the basis of the article. As a disclaimer though, I thoroughly enjoyed my time in the US.

There is no other way to describe Los Angeles than as sprawling. As the second most-populous city of the United States, LA is certainly big. Over my two weeks there, I kept on trying to put my finger on why the city seemed odd and somewhat unsettling to me. I am used to European cities, characterised by their (usually) pedestrian city centres and narrow streets, alongside their usual location near a key river or by the sea. Los Angeles was quite the opposite, as nobody would think to describe LA as a pedestrian city. You could find pockets where you can walk to some locations, but mostly you need a car to get around.

Or, in my case, you'll have to rely on Lyft if you don't drive and haven't rented out a car. As a first impression, this is rather bamboozling, especially as someone who has repeatedly documented her fondness for walkability in cities. In fact, the emphasis on driving made me determined to take a quick trip by public transport where I could, which is why I visited San Diego by train. San Diego, on the other hand, had a surprisingly robust public transport system and was consequently, much cheaper.

One experience that summarised to what extent cars are considered the first port of call occurred when I was trying to cross a road. As is customary if you're a polite pedestrian, I held my hand up to say thanks when a driver stopped to let me cross. Except that driver thought my gesture was allowing him to drive on, which led to confusion on both sides. I can't definitively say whether this was a one-off experience or a broader phenomenon in the US, but it definitely sums up the precedence accorded to cars there. Second to cars was the overwhelming presence of billboards, which ranged from TV shows and awards ceremonies to more unsavoury aspects, such as advertising strip clubs.

I should add that I was assured, on multiple occasions, that LA is definitely not representative of experiences in other American cities, despite being the second-most populous city in the United States.  Staying in LA with a native east coast-er also gave me an insight into some LA-NYC rivalries, which tend to bubble down to: New Yorkers will always be disdainful of Los Angeles, whereas Los Angeles residents tend to have to justify why the city is great. (Note: this is obviously a highly-biased opinion of the cities, and should thus be taken with a hefty handful of salt)

My trip also coincided with the passing of Kobe Bryant, alongside the other passengers in the helicopter that crashed. I'm not really a big basketball person, unlike many of my peers growing up in Luxembourg, but it quickly became clear just what an important fixture Bryant was to the city. A number of buildings downtown were lit up in LA Laker colours, depicting his jersey numbers, and tributes ranged from sheets hanging on bridges to billboards and buses, oddly.

A universal truth: people have very subjective experiences of the cold

As someone who's grown up with winters in Luxembourg (read: cold but not the worst), my experience of January is usually subzero temperatures to maybe 10 degrees Celsius and I consequently dress for the weather, with a scarf or a puffy jacket if required. One thing I experienced in California is something probably quite frequent if you make a getaway to somewhere warmer.

Visiting Los Angeles and California in January was a breath of fresh air, coming from Edinburgh. For the two weeks I was there, it was straight sunshine (with one day of overcast weather) and the occasional windy day. There was no rain at all during my stay, which (to me) was a lovely novelty, but of course less positive to residents due to the risk of fires. One thing that will never fail to entertain me is how different people perceive the weather. With temperatures ranging from 18 degrees Celsius to 29 degrees on my last day, I found I was on occasion wearing too much with my outfits of t-shirts and my trusty denim jacket. Other people clearly disagreed, judging by the amount of winter coats I saw.

I'm someone who tries to be more eco-conscious with their life choices and for the past two years, I've done my best to use my reusable cup when getting a coffee on the go. Unfortunately, I didn't really apply this philosophy to my holiday (a lack of space in my suitcase or perhaps because I just didn't think to bring my Keep Cup?), which is really where it could have come in handy. Stopping for coffee in a number of spots - specifically to sit in, I should add - I was immediately offered a plastic or paper cup.

This wouldn't have been something that I'd have noticed if it hadn't have been for the eco-posturing 'we've phased out plastic straws for the environment!'...all the while not offering reusable options for sit-in customers.

One of my absolute favourite experiences visiting a new country is to explore its supermarkets and shops. There's something about browsing the aisles of supermarkets in different countries and experiencing all the tiny differences in food availabilities that I find utterly fascinating. Exploring shops like Target, Trader Joe's and Vons was very much part of my tourist experience. I like to compare prices (I am very thankful that I, a verified halloumi fiend, live somewhere where it is comparatively cheap after seeing it at upwards of $10 in a supermarket) and see (and sample) what people like to snack on. Being in southern California, I also had to make the most of Latin American cuisine being highly available and was taken on a veritable taco journey - 10/10.

Green stuff and getting away in nature

To wrap up on two opposite ends of the coin, it is definitely worth mentioning the attitude to cannabis, given California has legalised recreational marijuana. We know this is on the cards in Luxembourg (although likely in a somewhat different form), but coming from a country where cannabis remains illegal, I found the branding and advertising of marijuana absolutely fascinating. Out of curiosity, I did visit a dispensary and the experience was completely bizarre.

In contrast to our stereotypical vision of cannabis (usually baggies seized in police drug hauls), cannabis flower was offered in jars more akin to jars housing face cream. I found it especially hilarious that one strain was offered in a pastel pink and copper jar - almost as if trying to lure the Glossier-loving millennial. There were, of course, also billboards heavily promoting dispensaries dotted throughout the city. 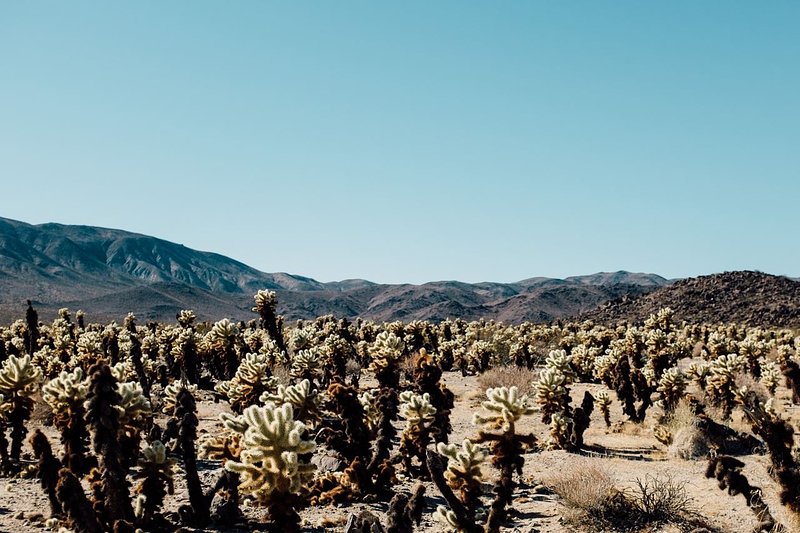 Moving away from the rampant commercialisation of a substance, Los Angeles is also within driving distance of the Joshua Tree National Park. Probably one of my highlights of my visit was visiting the park and, as well as experiencing the meeting point of two deserts, I thoroughly enjoyed the utter lack of signal had while in the national park. This is something increasingly difficult to stumble upon in our digital and modern lives and I thoroughly relished the opportunity to disconnect.

All in all - Los Angeles can be done without a car, just be prepared to shell out a lot on rideshares!