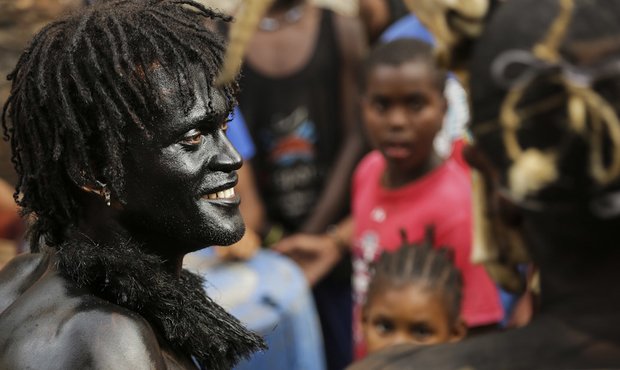 Anabel & Jorge Valente share with us their best travel finds in CAPE VERDE and tell us how the Mandingas reveal the African heritage of the archipelago.

The Mandingas had been initiated in the 40s by José Moreno also known as Capote. He and his friends were known not only for having founded the Mandingas in São Vicente, but also for being very enthusiast of all popular festivities.

During Carnival the King of the Mandingas, Capote, stood out and gained popularity. Nowadays Carnival in Soncente, as the locals call their island, wouldn’t be Carnival without the Mandingas.

They represent the African heritage of the Cape Verdean people. Disguised and painted with black oil they chant and dance African rhythms. Shortly after the new year the Mandingas announce the biggest party of the year in São Vicente, the Carnival.
For an entire month before Carnival on Sundays, they head to the city of Mindelo and fill the streets with their followers and their batucadas, Afro-Brazilian drums. Since the 40s the Mandingas have come to gather more participants, and nowadays their parades draw huge crowds.

The most famous Mandingas of Cape Verde are the ones from Ribeira Bote. They have become a Trademark of the Carnival in Mindelo. The Mandinka People. It is most probable that the Mangingas in Cape Verde are a representation of the Mandinka people, a West African ethnic group with an estimated population of eleven million (source Wikipedia). 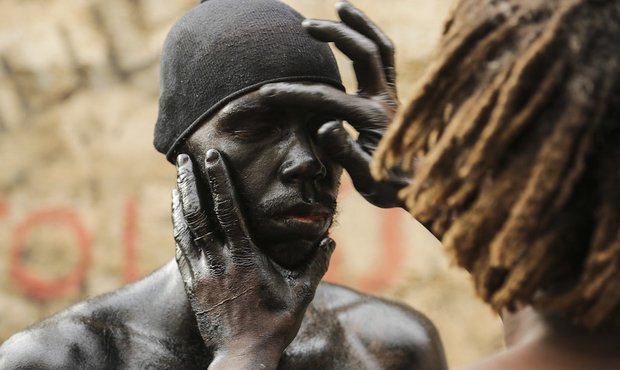 They mostly live in Mali, Sierra Leone, Ivory Coast, Senegal, Burkina Faso, Liberia, Guinea-Bissau, Niger and Mauritania. It is thought that the Guinean Mandinka tribes, brought in through the slavery trade, caused an impression on the Cape Verdeans who started then imitating their rhythms and dances.

Check out this other video about Cape Verde

After an epic journey through South America with their motorbike Anabela and Jorge Valente decided to launch Diaries of.

More than making the readers travel around the world whilst reading it, Diaries of intends to inspire the readers to see the world for themselves. Will you catch the travel bug?